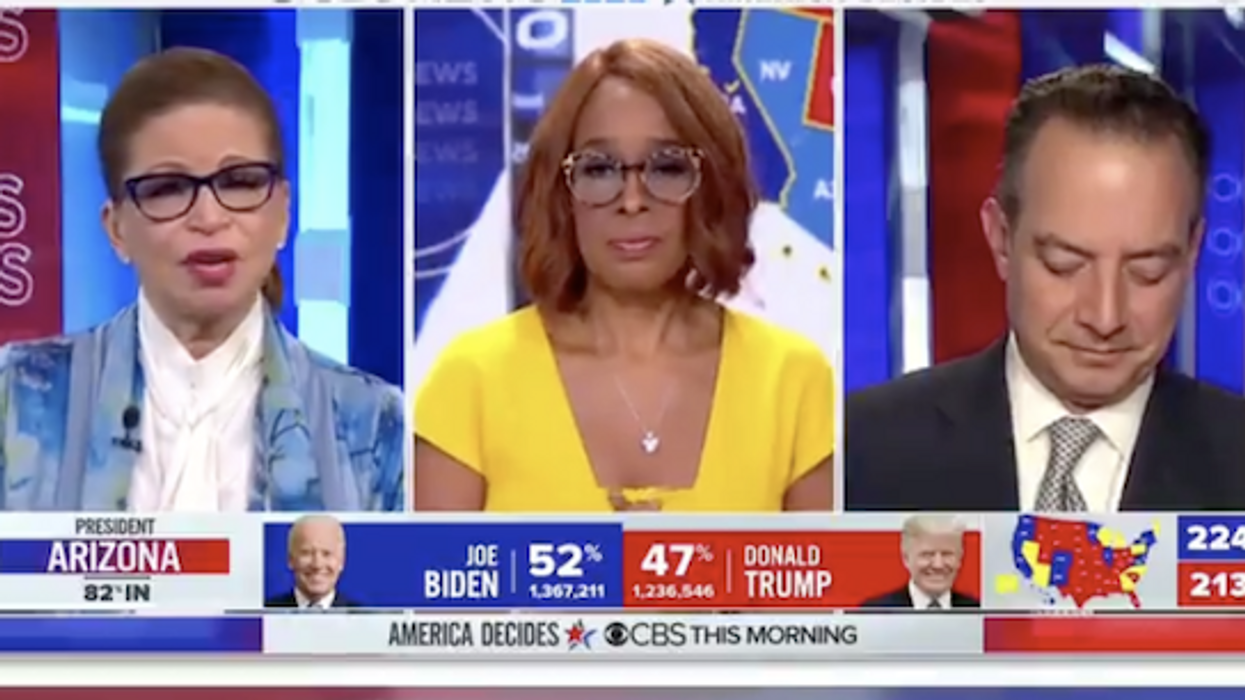 Former Obama senior advisor Valerie Jarrett took on former Trump chief of staff Reince Priebus Wednesday morning. Priebus, now a CBS News political analyst, spoke for two minutes, insisting that even though some states – and the entire presidential election – have yet to be decided, the Trump campaign is now in "recount mode."

Priebus went on to claim that Republicans want to challenge to vote in "at least Arizona, Wisconsin, Michigan, Pennsylvania."

Jarrett weighed in, smacking down Priebus's attempt to sow "chaos."

"I think you need to have a legal basis to have a recount and I haven't heard yet upon what basis we would go forward with that. It's just sowing chaos, it's trying to create an impression that the election wasn't run with integrity, and that really is undermining to the credibility of our government to be able to pull off an election."

"And I think once again, talking about the lawyers and going to the supreme Court," she said, referring to Trump's false assertion overnight that he won the election. "For what? We haven't even finished counting the ballots."

"I think we should just calm down," she added, to which Priebus condescendingly smirked.