A Wall Street tax that could lift many out of poverty already exists. It's just not being collected 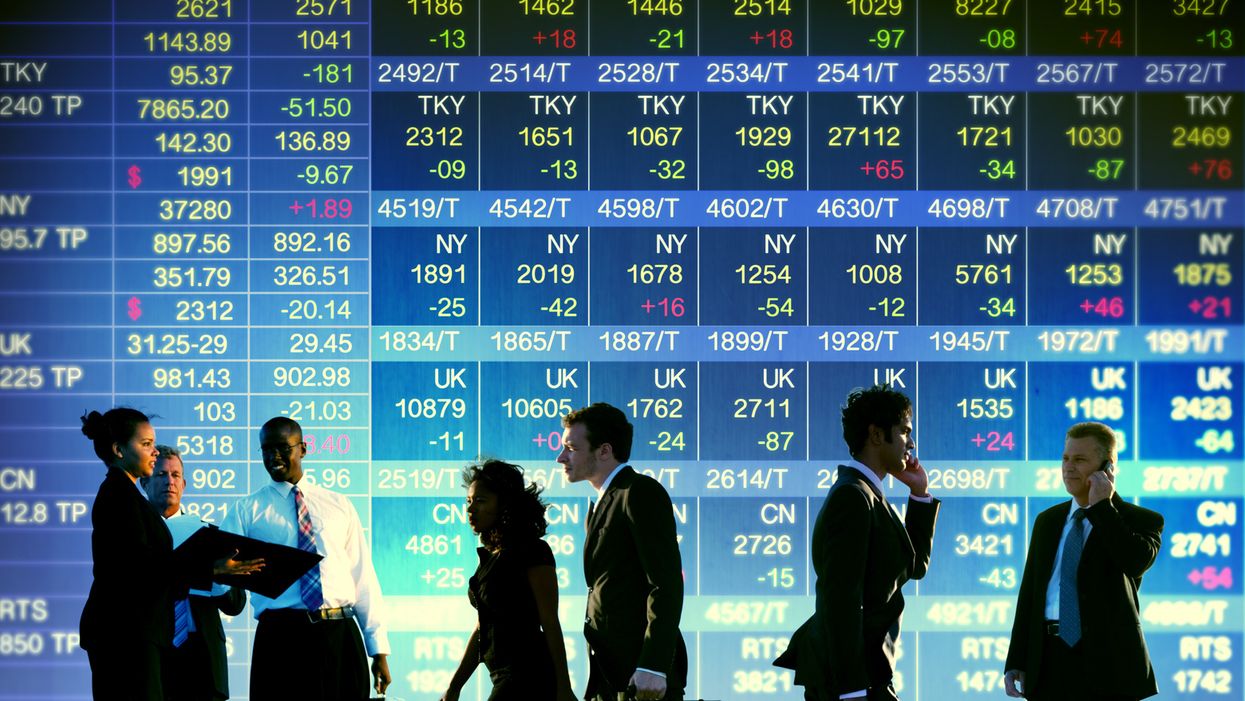 Imagine if there were a tiny tax that Wall Street traders were required to pay on every stock trade. Enacting such a thing might sound like a long and difficult political fight against a moneyed caste. Yet astonishingly, it turns out that it already exists in the state of New York — it's just not being collected. To the contrary: Wall Street is being refunded the tax money.

That's particularly ironic right now, when many economists and pundits have astutely noted that Wall Street bankers and investors are making out quite well while the rest of us aren't. The fortunes of billionaires in the United States have increased precipitously in the past eight months, while wages have stagnated for the vast majority and poverty has risen.

The City of New York, the largest and densest in the state, has a particular concentration of poverty that could be alleviated if this peculiar tax rebate were merely reversed. Given that federal relief from the Trump administration has been scant, ending the tax rebate seems like shrewd politics. And progressives are starting to bring attention to it.

The Stock Transfer Tax and its discontents

Since 1981, the State of New York has been rebating back to Wall Street billions of dollars from the state's Stock Transfer Tax, first enacted by Albany Republicans in 1905 who needed to close a budget gap in an era when trust-busting was in the air.

Assemblyman Phil Steck has been leading the charge to stop sending the revenue back to Wall Street from the minuscule transaction tax. Such an act could net the state up to $19 billion a year.

While $19 billion is well shy of the $50 billion in pandemic aid that New York State, New York City, and the Metropolitan Transportation Authority require, progressives say it's a down payment on a long overdue realignment.

"The tax is in sum and substance one quarter of one percent, it's nothing . . . and according to data from Tax and Finance it was $1.6 billion in June alone," Mr. Steck said during a phone interview. "The present circumstances demand it . . .Teachers are being laid off . . .grant-based programs have been withheld. Upstate some of our education funding is all grant-based."

Steck continued: "In the last ten years, we have given up $138 billion. It is the classic race to the bottom. The whole public sector has been starved. It all starts with Reagan and the anti-tax thing and the idea that government is bloated yet huge private corporations have as much bureaucracy as government."

So, just what are the lost opportunity costs of forking over that much tax revenue back to the very same sector of the economy that's been gorging itself for decades even as so many were struggling?

"Most of our great water and sewer infrastructure was built with federal aid," explained Steck. "But as we kept spending more and more on the military that aid stopped and at that point the states had a choice; either the states raised taxes or let it go to hell. What did they do? They let it go to hell, and that's why are infrastructure ratings are so poor in terms of the quality of roads and bridges."

The case for ending the rebating of the stock transaction tax back to Wall Street got much stronger with the October 22 report for New York State Comptroller Tom DiNapoli, which noted that the "securities industry saw its pretax profits reach $27.6 billion in the first six months of 2020, an 82 percent increase over the same period last year."

James Henry is a New York based economist and lawyer who is a senior advisor with the international Tax Justice Network. Henry says that if the rebate ends, the stock transfer tax would greatly help abate the poverty caused by the pandemic.

"New York has a chance to set an example for the world and that is a very painless tax that is highly concentrated a very, very wealthy people and institutions that can be used for many ongoing needs," Henry told Salon. "Now, we have an emergency that is affecting everybody and we are acutely aware of the fiscal crisis — and that I think is going to make it finally possible to get lots of different jurisdictions to work together and to implement such a thing — but even then it is not a done deal because Wall Street is fiercely opposed to setting this precedent."

Henry said such taxes on financial transactions are very common around the world. "Two weeks ago, Spain implemented a stock transfer tax. The EU [European Union] is about to adopt a tax between 0.1 and 0.2 percent. They are debating this on all European exchanges. Even Kenya has adopted a financial transaction tax…and they are raising more money than they expected."

If not now, when?

"At no other time in recent history would there be less of a basis for opposition to a stock transfer tax when the mass of the population, so called Main Street, is in such deep economic difficulty with very little prospect of getting out of it soon and a major likelihood it is about to get worse," says Richard D. Wolff, a professor emeritus of Economics at the University of Massachusetts Amherst.

Wolff said he first encountered the concept of the stock transfer tax when he was a student getting his doctorate in economics and took a class from James Tobin who championed the concept and went on to win the Nobel Memorial Prize in Economics.

"In Europe it is stilled called the Tobin Tax," said Wolff. "He [James Tobin] was a Kennedy liberal, no radical, not by a long shot. A smidge to the left of Biden."

Back in March of 1905, before the tax was enacted, the New York Times raised the same concern, warning the levy would send the captains of high finance fleeing for Philadelphia and Chicago leaving New York to the fate of "Medieval cities, which fell out of the course of modern commerce."

By July 1905, with the Stock Transfer Tax on the books, the Times was singing a much different tune. Then, they observed that it had "no traceable" impact on Wall Street and was actually working. "It is sad to recall the prophecies thus falsified," opined the Times.

The London Stock Exchange has had such a stock transfer tax since 1694, despite perennial complaints from the investor class.

Stock transfer boosters say the revenue realized from it is only one of many benefits.

"It does discourage day traders," Steck told the Corporate Crime Reporter. "And day trading is not considered beneficial for economic reasons. It's more like gambling. In Hong Kong, for example, they have a financial transaction tax. And as a result, they have less of that type of frequent trading behavior than we have here in this country."

As Henry sees it, resuming the collection of the Stock Transfer Tax in New York is just one item on a tax reform agenda which needs to include addressing nationally the huge Trump-McConnell 2017 tax cut which "basically failed to tax the $2.6 trillion U.S. multinationals had accumulated offshore for 20 years."

Henry continued. "U.S. multinationals have been basically parking their intellectual property, their software, their patents in offshore havens and not paying any taxes on the royalties that they pay themselves tax free.