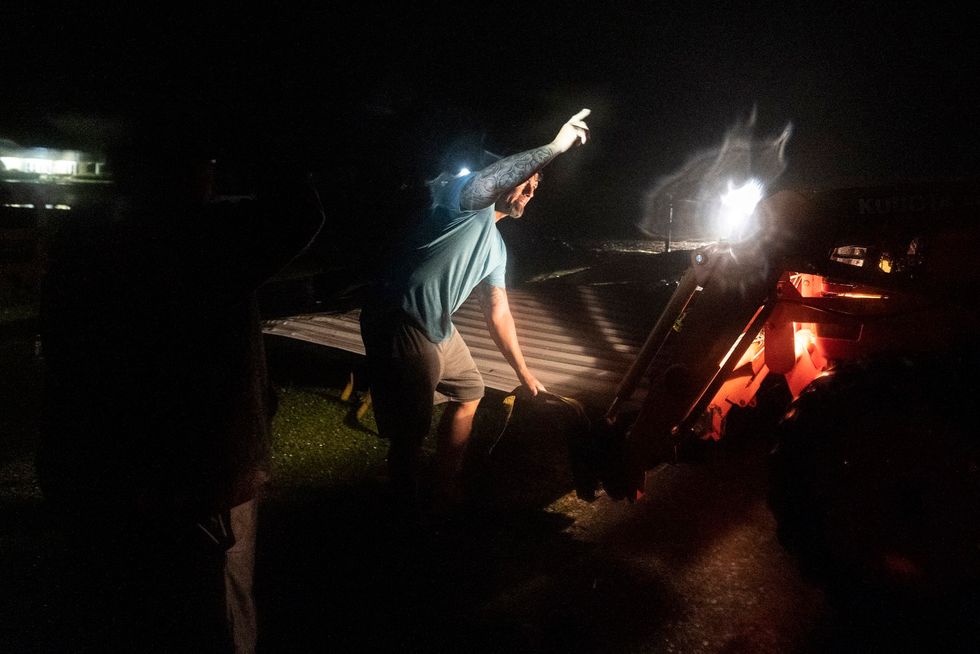 A forklift is used to remove large debris in Lake Arthur, Louisiana, after Hurricane Delta passed through the area on October 9, 2020. - Go Nakamura/Getty Images North America/TNS
The Philadelphia Inquirer
October 11, 2020

PHILADELPHIA — When Hurricane Delta smashed ashore along the Louisiana coast at 6 p.m. Friday it became the 10th tropical storm to make landfall in the United States in 2020, breaking a record that had survived more than a century.It was the seventh storm to land on the Gulf shores, which have been a tropical-storm punching bag in this ultra-busy and peculiar season. It also was the second significant hurricane in six weeks to target the same region of southwestern Louisiana. Its predecessor, Hurricane Laura, was blamed for 14 deaths.By comparison, the Atlantic Coast has been showered with luc...