When did Trump get the virus — and when did he know it? 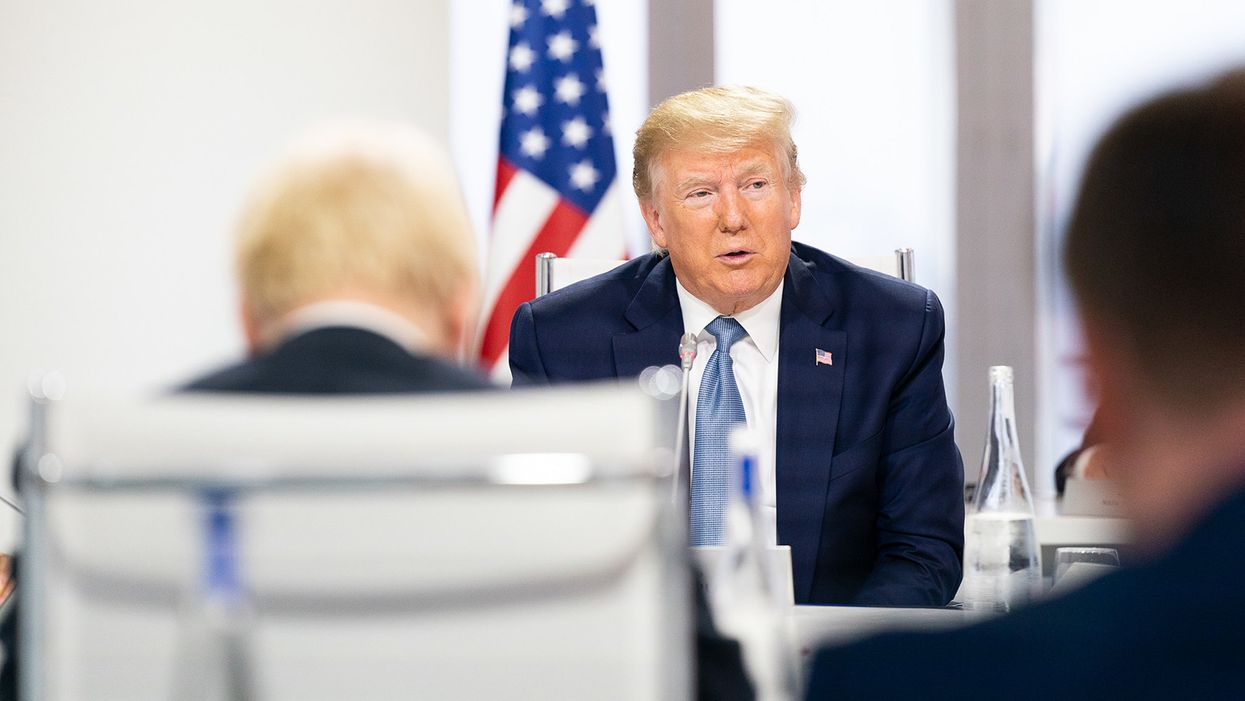 He wanted their money.

That's why Donald Trump got on Air Force One and flew to his Bedminster golf club on Thursday afternoon, not long after he had learned of Hope Hicks' positive diagnosis for the COVID virus. There were millions in campaign contributions waiting for him at his golf club in the person of dozens of VIP Republican contributors who had paid as much as $250,000 to sit down with Trump at a "roundtable" at the reception. A donation of $50,000 got you a photo-op with the president, $35,000 got you a place at a "roundtable" with an unnamed "VIP" from the Trump campaign, and $2,800 got you in the door.

Lots of money sitting around out there in New Jersey at one of Trump's favorite places on the planet. You think he was going to skip that trip and miss out on all those bucks? Not a chance.

People who attended the fundraiser reported that Trump didn't wear a mask on Thursday. Neither did many of those attending the event. Trump was reported to have mingled with dozens of VIP attendees and posed for photographs.

Trump had been told of Hicks' diagnosis on Thursday morning, according to Bloomberg News, yet he "continued on with a full schedule of events. No one knew Trump was positive on Thursday, but some suspected it, people familiar with the matter said."

Hicks, one of Trump's closest aides, had traveled on Air Force One with him to a rally in Duluth, Minnesota, on Wednesday. Then she "was separated from the rest of the White House staff on Air Force One on the trip home Wednesday night after falling ill," according to Bloomberg. Hicks was seen walking across the tarmac with Jared Kushner to Air Force One at Joint Base Andrews on Tuesday when Trump flew to Cleveland for the debate with Joe Biden, and seen again getting on the presidential plane before the flight to Minnesota the next day.

So Trump knew by late Wednesday night that he had been exposed. Hicks often sees Trump a dozen times a day, according to Jonathan Lemire, an AP White House correspondent and MSNBC contributor. Trump probably suspected that he was sick by Thursday morning. Trump looked tired and depressed walking across the White House lawn to Marine One before the flight to New Jersey, and was described as "tired and lethargic" at the Bedminster fundraiser, although he wasn't reported to have shown other symptoms. But you know how you feel with a case of the flu coming on, and the coronavirus is said to hit a lot harder than the common flu. A few hours after the Thursday fundraiser, at 1:00 a.m. on Friday, he sent out a tweet acknowledging that he and his wife Melania had tested positive for the COVID virus.

Why are all these details about the timing of Trump's COVID diagnosis important?

In addition to being contemptuous of the virus itself, Trump has been contemptuous of those who wear masks to protect themselves. Trump belittled Joe Biden at the debate on Tuesday night for wearing a mask. "I don't wear a mask like him," Trump said, gesturing toward Biden. "Every time you see him, he's got a mask. He could be speaking 200 feet away from him and he shows up with the biggest mask I've ever seen."

Now we know that Trump was equally as contemptuous of his fawning fans who follow his example and don't wear masks. He showed up at his Thursday fundraiser knowing he had been exposed to the deadly virus, yet he didn't wear a mask and didn't warn his campaign donors that he had been exposed and they should protect themselves from him by wearing masks and keeping their distance.

Trump's indifference to human life is manifest in everything he has done since the COVID crisis hit. He admitted in interviews with journalist Bob Woodward for his book, "Rage," that he "played down" the threat of the virus in the early days of the pandemic even though he knew the disease could be deadly and that you could become infected just by "breathing the air." He has played down the threat ever since, most recently continuing to tell audiences at his rallies last week that the virus "is going away," and reportedly repeating the claim at the Bedminster fundraiser. Again and again, even after the death toll hit 100,000 and continued to climb, he has praised himself for "doing a fantastic job."

Now that the American death count has hit 200,000, you could certainly make a case that Trump has contributed to the toll by encouraging the reopening of businesses and schools, which has caused coronavirus cases to rise in at least 25 states this week. Nationwide, the country has averaged 43,000 new cases a day for the last two weeks. But now, with Trump's appearance at the fundraiser in Bedminster, it's personal.

We will probably never know for sure when Trump came down with the virus, because we can't trust what comes out of his mouth or what is released on an official basis by his White House. But Trump, at the very least, had to suspect that he was dangerous to the health of others after Hicks got sick on Air Force One Wednesday night, and he knew it for sure when she tested positive on Thursday morning. Still, he went to the fundraiser in New Jersey and posed for photographs with his adoring fans and sat down with the $250,000 donors at the so-called roundtable.

Even now, with his wife quarantined in the White House and Trump himself heading to Walter Reed hospital on Friday evening — and with more positive tests of prominent political figures, so far all Republicans, being announced almost hourly — political insiders are wringing their hands over what it will all mean to Trump's electoral fate, not to mention that of the Republican Party. "It's hard to imagine this doesn't end his hopes of re-election," Rob Stutzman, a Republican consultant, told the New York Times on Friday morning, pointing to Trump's "flouting of obvious precautions." One White House political adviser told reporters for the Times that Trump's "recklessness … amounted to a political 'disaster.'"

Trump's failures with COVID have gone from the political to the personal. If only one person who attended that fundraiser with Trump dies from COVID, his "extreme indifference to human life" will make him liable to a manslaughter charge in the state of New Jersey.

That's a reminder, as if we needed one, that it's not political careers that are ending out there, it's human lives. Now Trump is sick and in the hospital. If he dies, all his life will amount to in the end will be one more statistic.