We need to smash the GOP pipeline that produces sycophantic senators. Here's how to do it 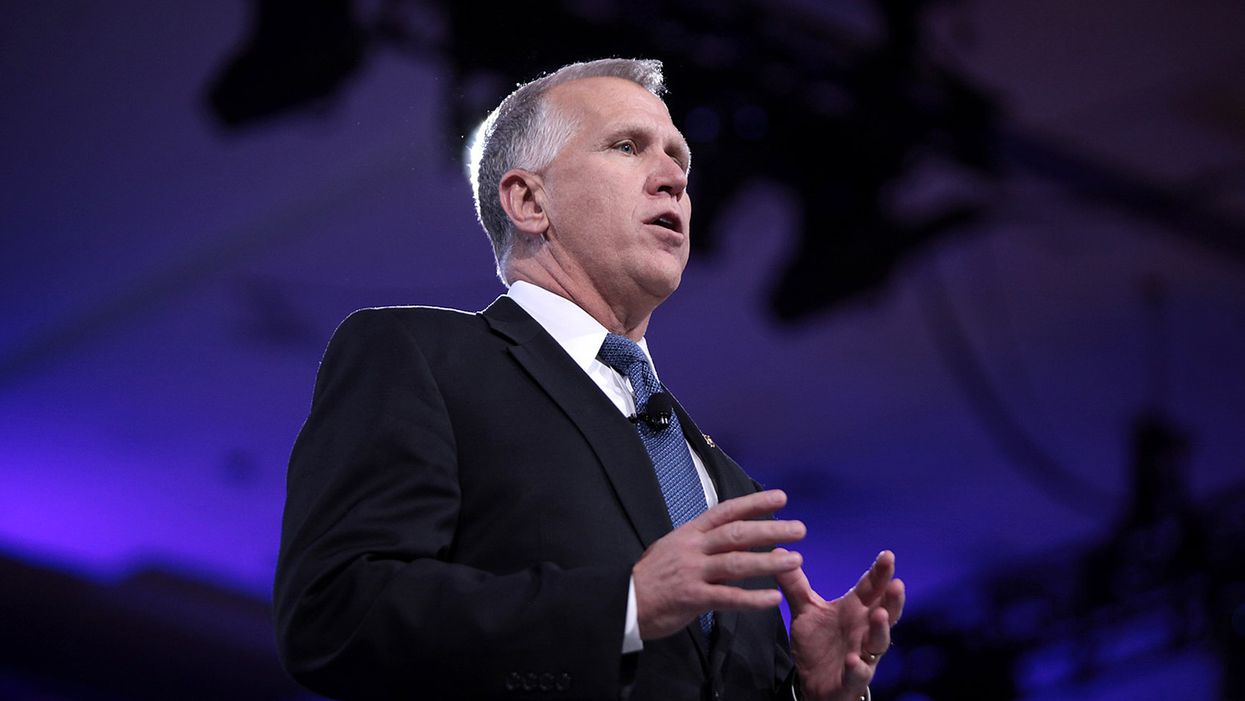 Thom Tillis is one of the worst of the worst. The Republican senator from North Carolina has always been a mindless zealot for the conservative cause, but while he's now fighting for his political life as he seeks reelection in a race that could decide control of the Senate, it's critical we remember that craven cowards like him don't just spring forth from nowhere.

Rather, they're cultivated and groomed by the dark architects of the GOP agenda—and the favorite petri dish for the Kochs and their ilk are our state legislatures. That's exactly where Tillis was incubated: For many years before he joined the Senate in 2015, he was a member of the North Carolina state House and was ultimately rewarded for his fealty by getting elevated to speaker.

While he ruled the roost, Tillis did every awful thing imaginable: He blocked Medicaid expansion. He endorsed "personhood" legislation, passed a law requiring women seeking abortions to undergo invasive ultrasounds, and argued states had the right to ban certain types of birth control. He pushed to open up North Carolina's coasts to offshore drilling, said climate change isn't real, and passed a law preventing the state from considering climate science on sea-level rise when making policy. And most notoriously, he enacted a massive voter suppression package that a federal court later struck down, saying it had sought to "target African Americans with almost surgical precision."

With a record like this, it's no wonder he was perfect fodder when Republicans were looking for a Senate candidate six years ago, and it's likewise no surprise that he's performed his duties as a willing Trump sycophant so ably.

But here's the worst part: Thom Tillis never faced a single Democratic opponent in each of his four elections to the legislature. He was unopposed in the general election every single time. And this isn't an isolated story. Far, far too many Republican lawmakers get off with little or no opposition year in and year out. It's why the GOP has been so successful in developing its farm system, producing an endless string of zealots eager to wreck democracy and bow down before Trump.

It's also precisely why we have to crush this pipeline—half of all members of the Senate got their start in state legislatures. The good news is that North Carolina Democrats have put up a fantastic array of candidates for both the state House and Senate this year, and it offers us a three-fer: We can stop the next generation of Thom Tillises, we can develop our own bench, and we can flip both legislative chambers in this crucial swing state right before redistricting starts.