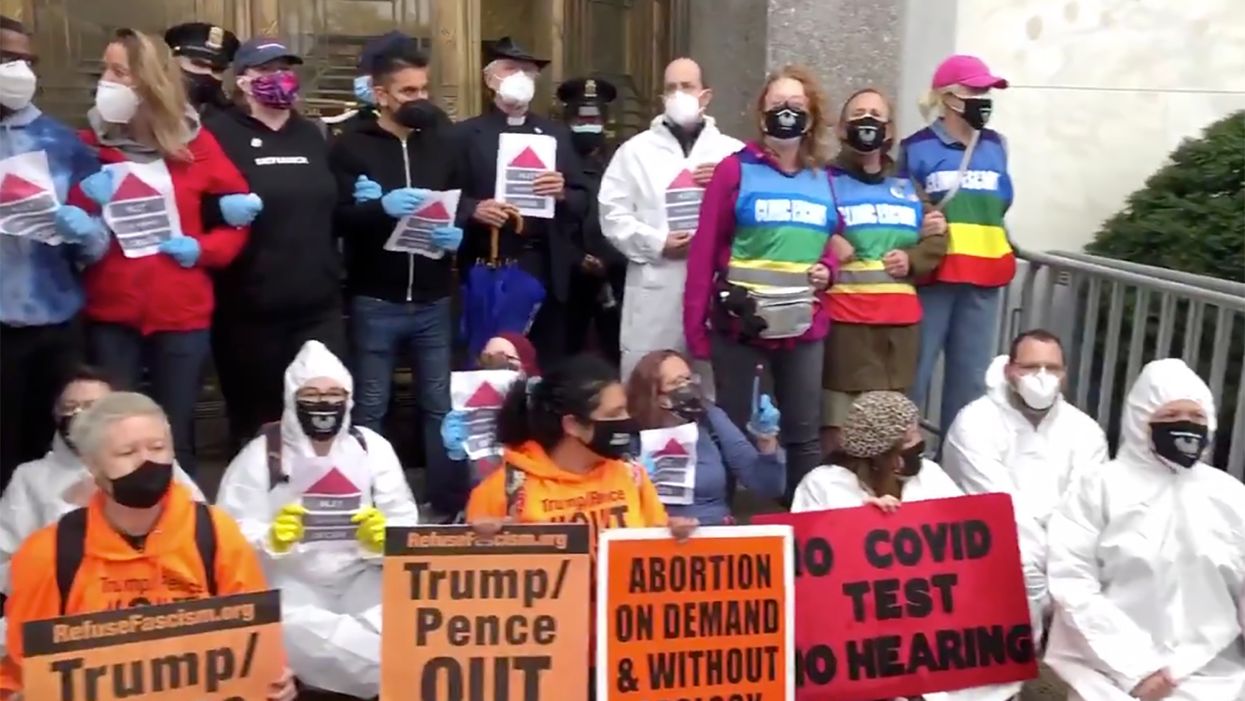 Chanting "Whose court? Our court!" and "Let the people decide," the protesters gathered minutes before Barrett's first confirmation hearing (which can be viewed live below) was set to kick off despite opposition to the proceedings from thousands of legal experts, civil rights organizations, and a majority of Americans.

"If Senate leadership forces a nominee before the next Congress and president are installed, it would deprive the people of their voice and further destabilize a nation already gripped by crisis," Ana Maria Archila, co-executive director of advocacy group CPD Action, said in a statement ahead of the demonstration.

"We're mobilizing all those who believe in freedom, equality, and justice to engage in direct action to put pressure on both key Senate Republicans as well as Democrats to ensure that this confirmation is delayed," said Archila.