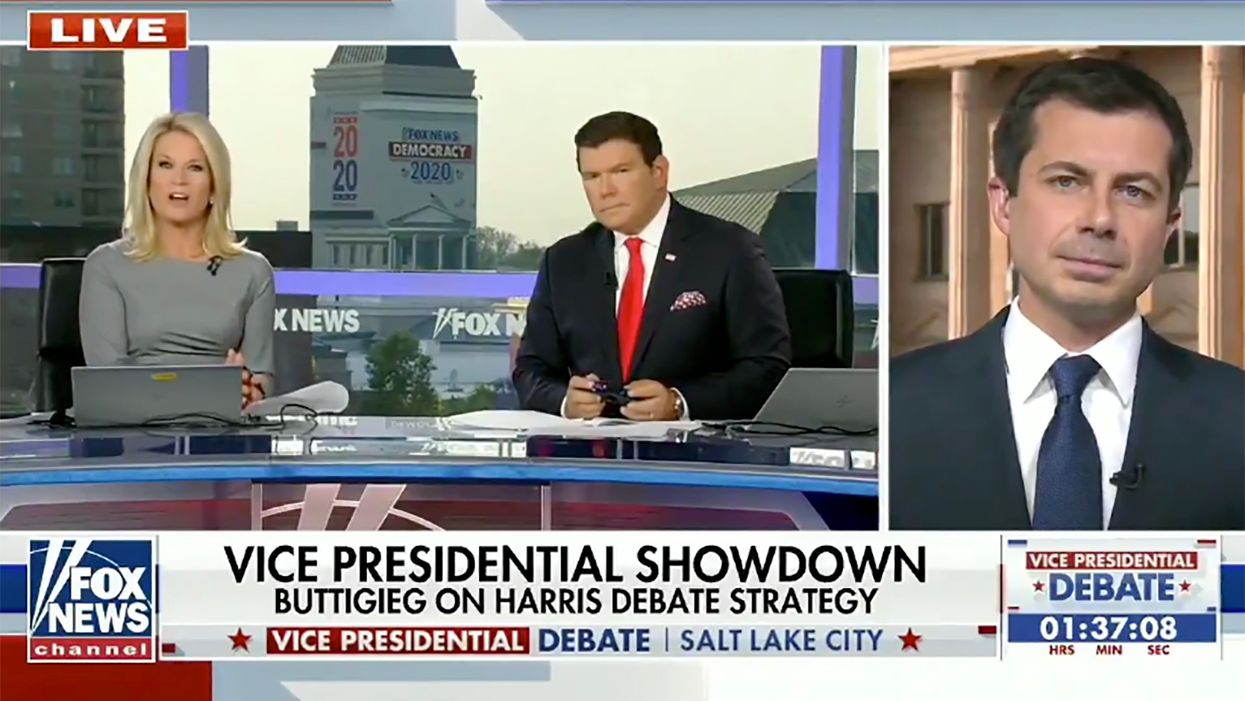 Before the vice presidential debate got underway in Salt Lake City on Wednesday, Pete Buttigieg dropped by a Fox News pre-debate segment and absolutely leveled the place. This is precisely how you slice and dice a Fox News talking point.

Team Biden dispatched Pete Buttigieg again this morning for a Fox News appearance and oops! He did it again. After the Presidential Debate Commission announced the next debate would be virtual because of the COVID-19 risk, Donald Trump appeared on Fox News to say he would not participate. That debate is slated to be a town hall-style debate where the candidates take questions from audience members.

Once again, Buttigieg proved himself to be an extremely effective surrogate for the Biden campaign, hitting Donald Trump's cowardice and noting most American families have had to adjust to virtual learning for their children, working from home, etc. and Donald Trump seems incapable of the kind of sacrifice the rest of us make every single day