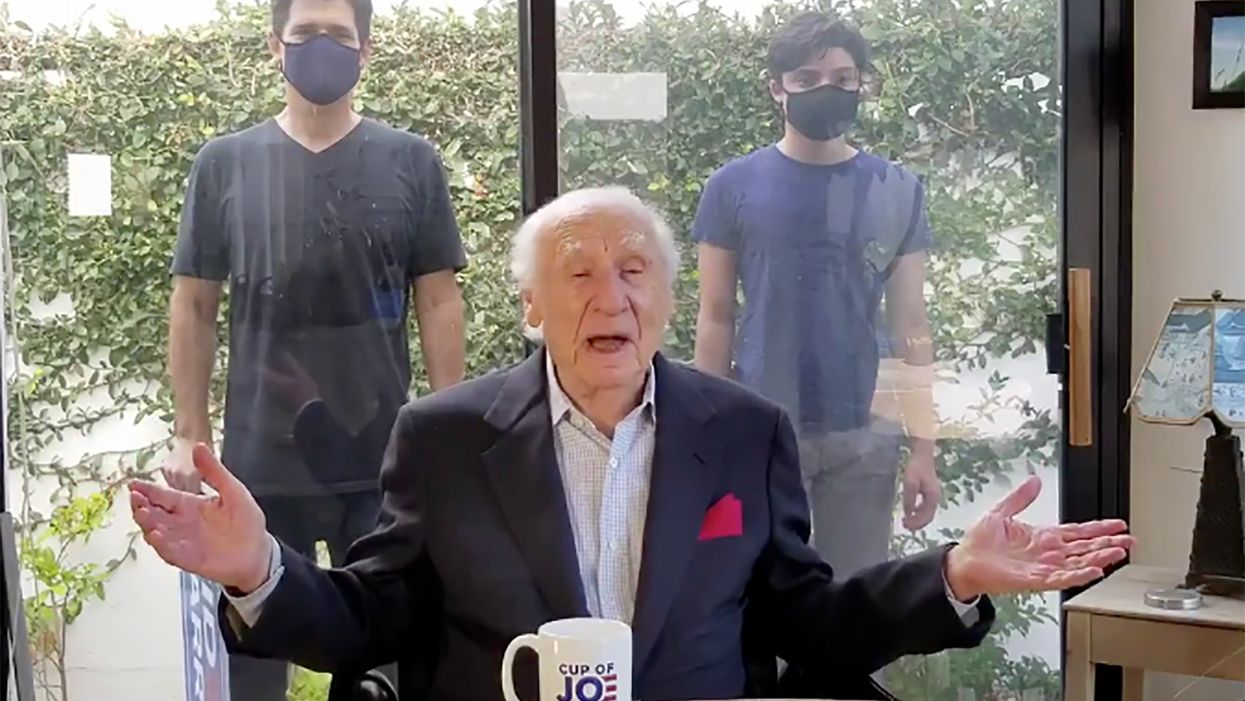 Mel Brooks, the legendary writer and director behind comedy classics such as "The Producers," "Blazing Saddles," and "Young Frankenstein," endorsed Joe Biden for president.

In a video posted by his son, bestselling author Max Brooks, Mel explained to viewers why he was making his first-ever video political endorsement.

The video starts with the 94-year-old Brooks pointing to his son and grandson standing behind him behind a glass door.

"They can't be with me," he explained. "Why? Because of this coronavirus! And Donald Trump's not doing a damn thing about it."

He then said that he believed Biden would do a better job of containing the virus and would help America get back to normal sooner than the current president.