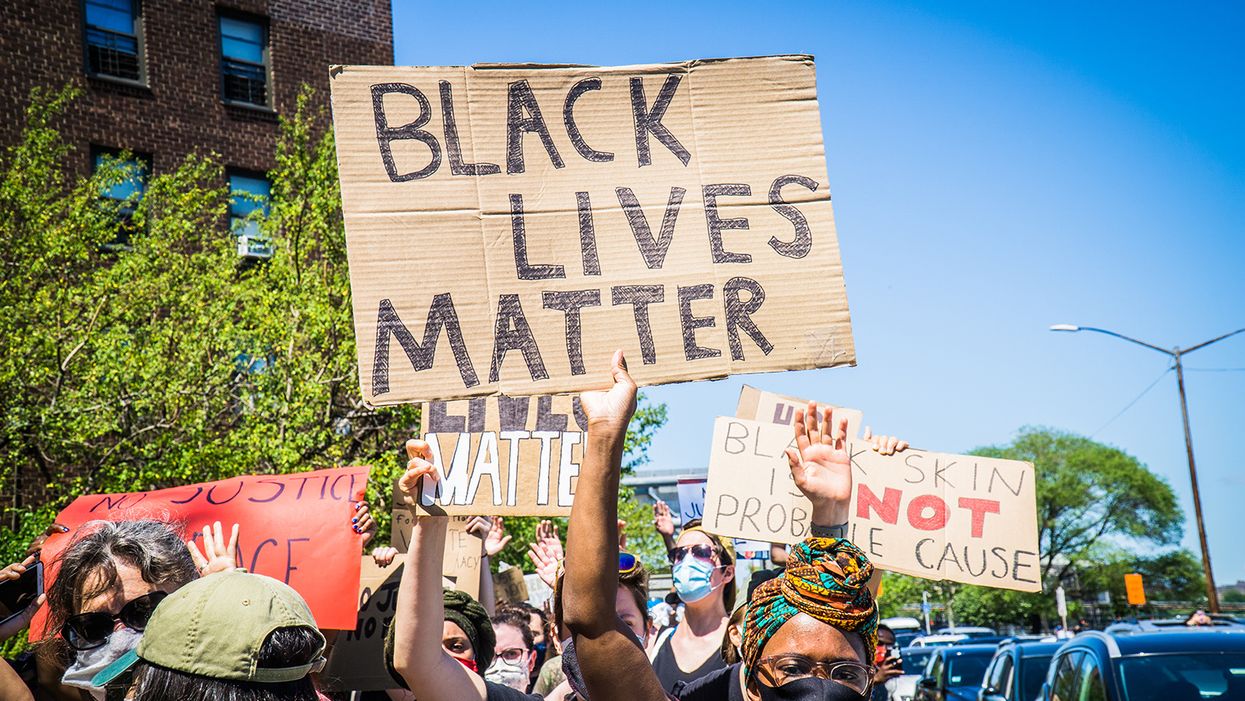 When the U.S. Department of Justice declared New York City, Seattle, and Portland, Oregon "anarchist jurisdictions" last month and threatened to withhold federal funding, many progressive residents of the cities—especially New Yorkers—responded with derisive humor. But to leaders in the three Democratic-run cities, the designation is no laughing matter, and on Thursday they sued the DOJ in a bid to thwart the Trump administration's effort to hold back what could amount to billions of federal dollars.

The cities' federal lawsuit (pdf), in fact, calls the prospect of the administration's withholding of critical funding during the coronavirus pandemic "deadly serious," as well as "offensive to both the Constitution and common sense" and "an oxymoronic designation without precedent in U.S. history."

Leaders of the targeted cities condemned the administration's efforts to punish their residents as the nation enters what one leading epidemiologist called the "darkest days" of the pandemic.

"The Trump administration's political threats against Seattle and other Democratic cities are unlawful and an abuse of federal power," Seattle Mayor Jenny Durkan said in a press release announcing the suit. "It's immoral, unconstitutional, and shameful that we are forced to expend any resources on this political theater."

New York City Mayor Bill de Blasio was even more blunt. "The only anarchy in this country is coming from the White House," he told reporters Thursday.

The "anarchist jurisdiction" designation could cost New York City alone some $12 billion, the New York Times reports, public money that is desperately needed to fund life-saving city services during the surging pandemic and critical transportation and other infrastructure. That's why city leaders—who were initially inclined to shrug off the defunding threat as just the latest inanity from President Donald Trump—decided to take action. When the Federal Transit Administration earlier this month cited the "anarchist" designation when casting doubt on New York's eligibility for a $10 million transit grant to fight the spread of Covid-19, leaders in the three cities began preparing to sue.

On September 2, Trump issued a memorandum accusing Democratic state and local leaders of contributing to "violence and destruction in their jurisdictions by failing to enforce the law, disempowering and significantly defunding their police departments, and refusing to accept offers of federal law enforcement assistance" to police racial justice protests in the wake of officer killings of George Floyd, Breonna Taylor, and other Black and Latinx people.

In the memo Trump vows to "not allow federal tax dollars to fund cities that allow themselves to deteriorate into lawless zones." The DOJ designation followed on September 21.

Critics say Trump's attempt to paint some of America's most progressive cities as crime-ridden "socialist hellholes" belies the political motivation of his actions, with some observers noting that numerous Republican-run cities have much higher homicide and other violent crime rates than any of the municipalities targeted by the administration.