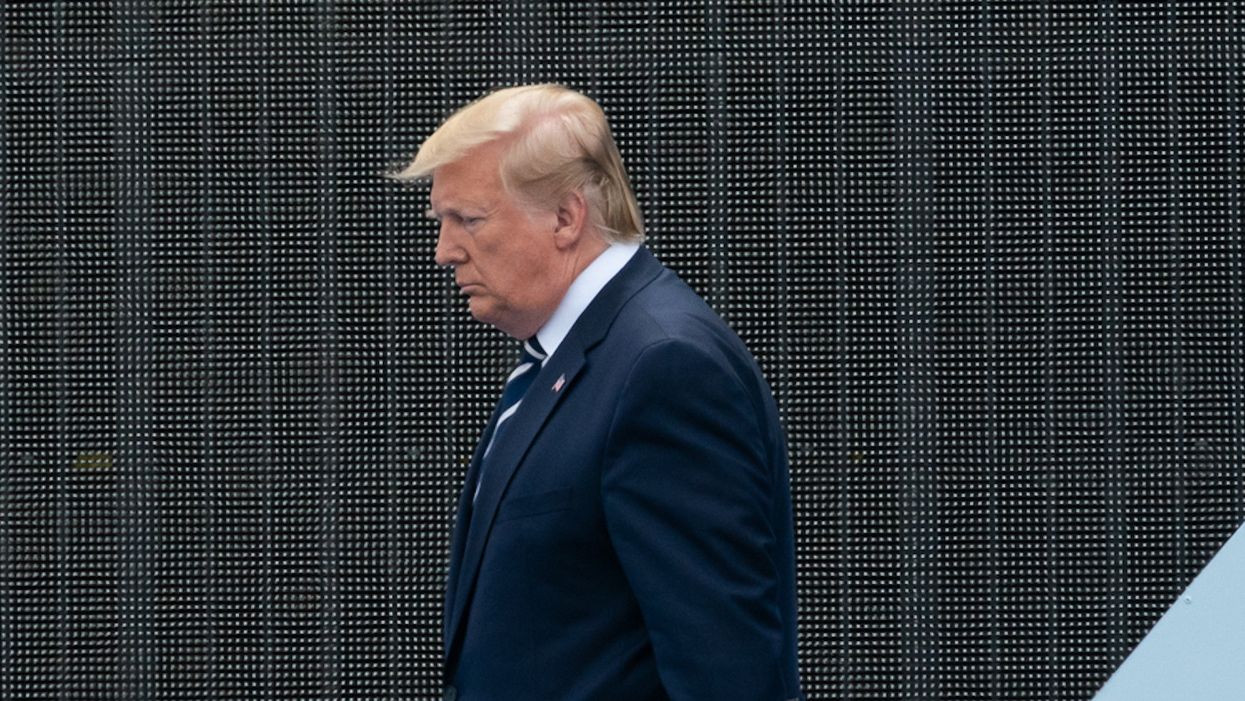 President Donald Trump's COVID-19 illness has been met with scrutiny and skepticism of his health given his long history of coronavirus misinformation and the White House's ongoing lack of transparency.

Since Trump tweeted to confirm he had tested positive for coronavirus, the White House has released multiple contradictory statements that raise questions about the extent of the president's illness. Initially, ex-White House doctor Ronny Jackson told Fox News the president appeared to be "asymptomatic right now."

Despite testing positive for coronavirus and having comorbidities, Jackson also insisted the president is "in great physical health otherwise." Shortly after, another report spurned Jackson's remarks as a White House official confirmed Trump was exhibiting "mild symptoms" of coronavirus. In fact, that official also admitted that Trump seemed "tired" on Wednesday.

By Thursday, Trump reportedly seemed "lethargic." Just hours after telling an unmasked audience at his campaign fundraiser that "the end of the pandemic is in sight," the president announced he and the first lady had tested positive.

Throughout the day on Friday, multiple White House officials, including Chief of Staff Mark Meadows and Press Secretary Kayleigh McEnany, claimed the president was experiencing "mild symptoms" and was in "good spirits."

Later in the day, it was revealed he had had a fever the entire day. It was also confirmed that doctors administered Regeneron to the president. The White House medical staff's use of the experimental therapy, which does not have Food and Drug Administration is a Federal (FDA) emergency authorization, immediately raised questions about the severity of the president's illness.

After hours of downplaying the president's condition, White House officials announced he would be airlifted to Walter Reed Medical Center. The abrupt decision signaled a much bigger problem than the White House desired to admit.

But despite all that has transpired over the last two days, there are still many Americans who aren't buying that the president is really ill. Since Trump has a history of spreading misinformation and playing cat-and-mouse with the media, many have raised questions about the timing of Trump's diagnosis as it came just days after the president's poor performance during the first presidential debate.

Overnight, Democratic presidential nominee Joe Biden received his "biggest swing in six months" following the seemingly chaotic debate which signaled trouble for the Trump campaign, reports NewsWeek. In fact, Trump's behavior so disturbing and unhinged he was faced with criticism from both Democratic and Republican leaders.

Due to Trump's illness, there is a strong possibility he may not be able to participate in the last two debates. Some Twitter users believe the timing is not a coincidence and insist they will not believe the president is sick unless they see the test results. Trump is also being ridiculed because he appears to have become the embodiment of his own handling of the pandemic.

@BetteMidler I think this is a new tactic to distract us from his career ending debate. Distract and duck...maybe… https://t.co/mjzOZ2t4fi
— Martha Ernst (@Martha Ernst)1601611794.0

Trump is currently hospitalized at Walter Reed Medical Center in Bethesda, Md. No further updates about his health have been released, as of yet.