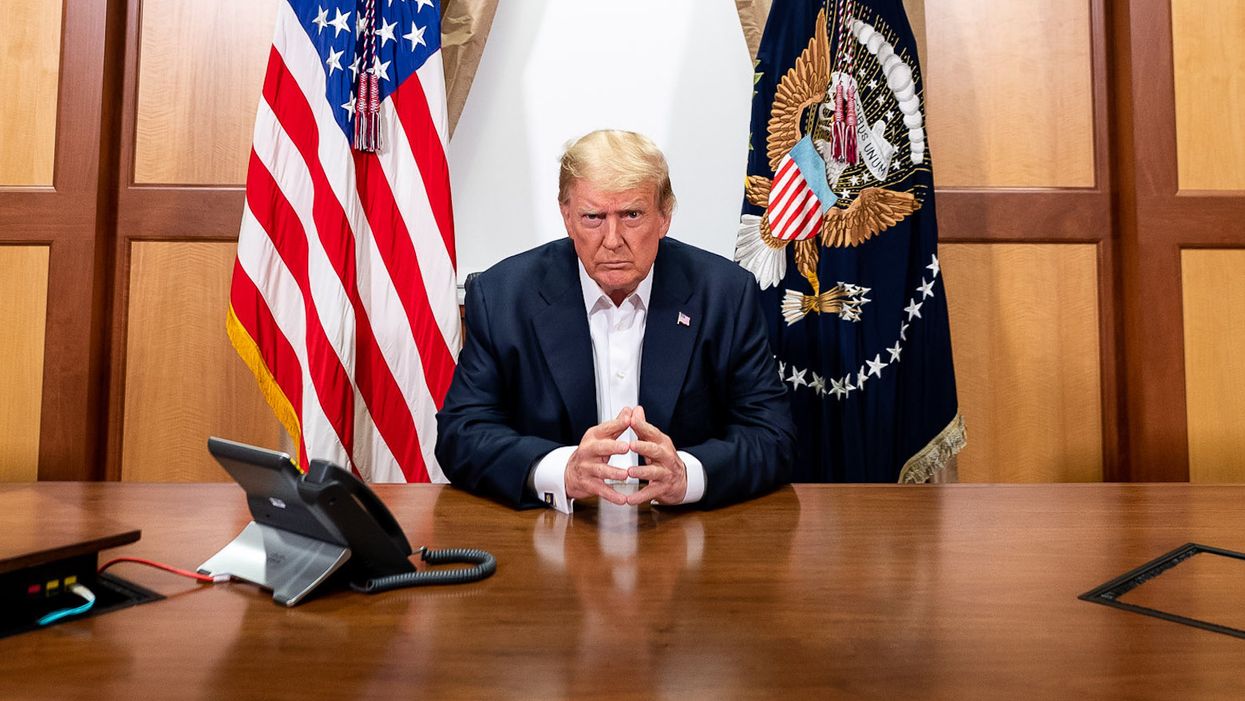 The dark details about President Donald Trump's coronavirus pandemic cover-up are being illuminated in a new, secret documentary titled, "Totally Under Control" and the filmmakers are weighing in to explain how the president's administration arrived at this chaotic point.

During an interview with The Daily Beast, the documentary filmmakers—Alex Gibney, Ophelia Harutyunyan, and Suzanne Hillinger— shared details about the information they've compiled over the last several months exposing Trump's negligent handling of the coronavirus and his dark incentives for covering up his administration's pandemic shortfalls.

"I think what we've been seeing as a spectacle is a metaphor for what we've been living through since January, which is the substitution of political theater for public safety," Gibney said, adding, "And he's intentionally putting people at risk for the sake of political gain. There are a lot of politicians who are willing to sacrifice a lot in order to get elected or reelected, but when you see it this starkly where somebody who knows how deadly the virus is, and we know it by his own words, is willing to let people die in order to be able to safeguard his political future, it's terrifying."

Recalling the early days of the pandemic, Gibney mulled over multiple possibilities that may have led to the Trump administration's chaotic handling of the virus.

"The question early on was, Was it a fumble?" said Gibney. "Was it just an administration caught unprepared and unaware? Was it the thinning out of the federal government that Trump engaged in? But what we discovered over time — particularly with things like the handoff of the playbook from the Obama administration; the cruise; and the contagion exercise, which was published just a few months before the actual pandemic and contains all the information you would need to handle it; then the way that the whole testing episode was so mishandled... it seems much more intentional."

Gibney added, "It occurred to me for the first time that we were intentionally slow-walking testing. And, you know, sometimes Trump is not mysterious about these things. He says, 'Slow the testing down, please,' and 'I want the numbers to go up, keep the cruise ship offshore.' It's really a terrifying idea. Imagine if an oncologist operated that way, where you see a polyp and then decide, well, let's just hang on and see if it goes away."

According to the filmmakers, the documentary will offer additional evidence that supports investigative journalist Bob Woodward's incriminating audio tapes of Trump preferring to downplay the pandemic.

In the interview, the filmmakers revealed the audio tapes and information in the documentary could be used for an impending investigation into Trump's handling of the virus.

"There are senators — Senator Warren and others — who have opened an investigation and are looking into this as we speak," Harutyunyan said. "They're asking for records from these companies to see how much they profited from being the companies arbitrarily chosen by the government, and that the Trump administration is working with to basically subsidize the shipping costs of bringing PPE in. So there are still obviously questions out there, whether there was an intentional kind of profiteering by the government or not. Hopefully those are questions that will be answered soon."

"Totally Under Control" will be available to stream on Hulu on October 13.