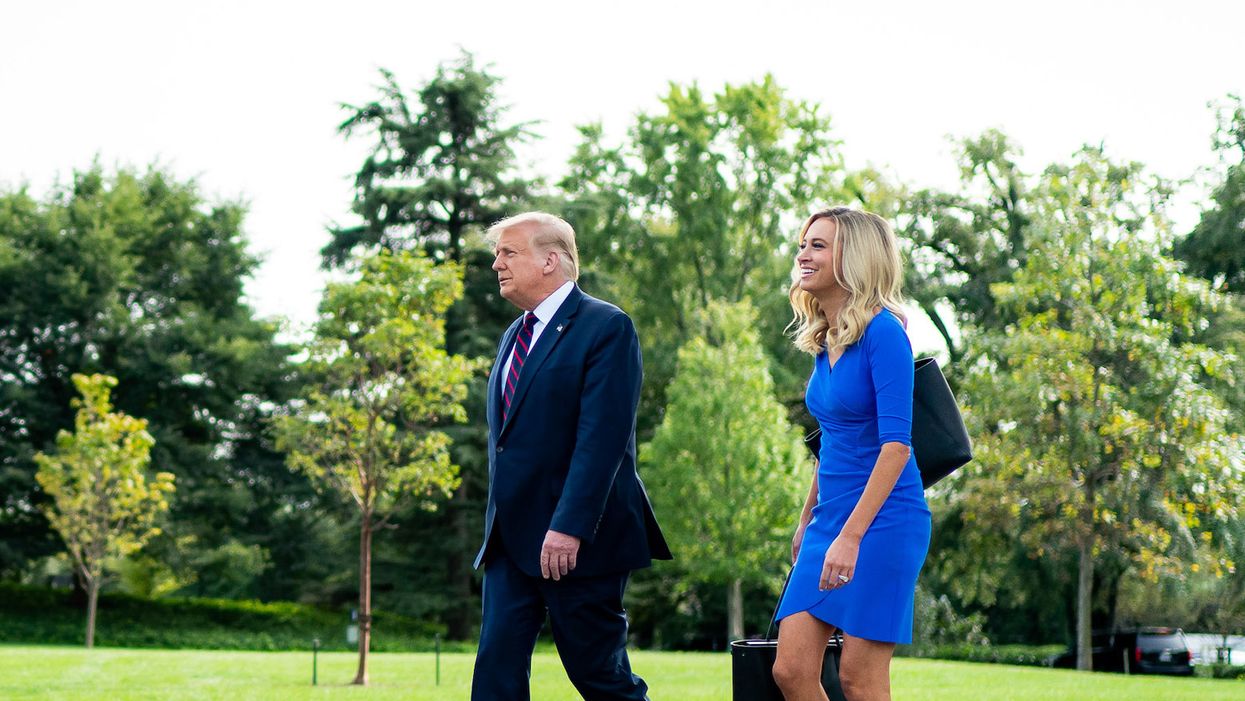 President Donald J. Trump walks with White House Press Secretary Kayleigh McEnany to speaks with reporters prior to departing the White House Tuesday, Sept. 15, 2020, for his trip to Pennsylvania.

President Donald Trump planned to travel to Walter Reed Medical Center and stay there for at least a "few days," White House Press Secretary Kayleigh McEnany said in a statement.

“President Trump remains in good spirts, has mild symptoms, and has been working throughout the day," she said. "Out of an abundance of caution, and at the recommendation of his physician and medical experts, the President will be working from the presidential offices at Walter Reed for the next few days. President Trump appreciates the outpouring of support for both he and the First Lady."

The White House press pool confirmed that they had been moved to the hospital prior to the official announcement in preparation for the president's stay.

The transition represented an apparently rapid escalation in the president's case. When Trump announced his diagnosis early Friday morning, he said he had no symptoms. Later, officials said he had "mild symptoms" and that he has a "very moderate case."

Then, Sean Conley, the president's physician, announced that the president had taken an experimental treatment and was experiencing fatigue. Other reports suggested more serious symptoms, including a congestion and a fever.

But the announcement that Trump would go to the hospital remains the most serious sign yet. While it's understandable his doctors would want to be extra cautious about his care, the fact is that there are facilities in the White House for the president to get treatment and care if necessary. And the president himself would likely be reluctant to go to the hospital and stay overnight without a very good reason; he's loath to do anything that makes him look or feel weak and vulnerable.