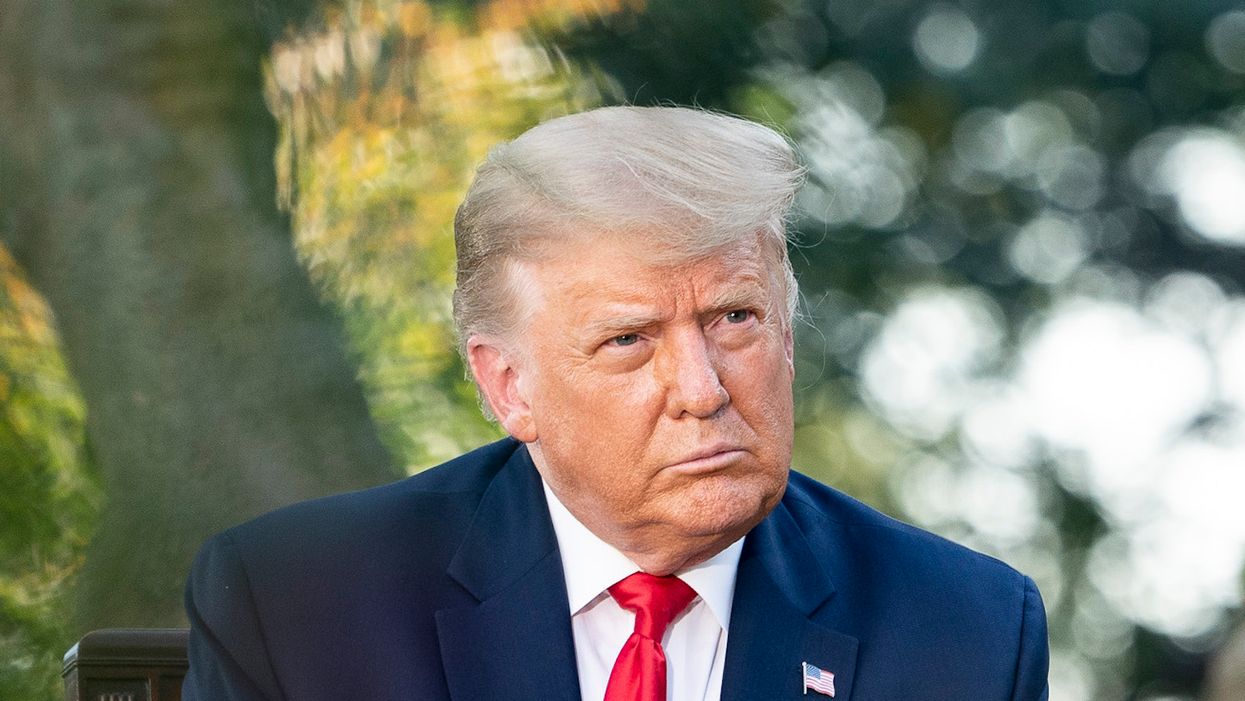 Many pundits have noted President Donald Trump was calmer during his second debate with former Vice President Joe Biden than he was during their first debate. Journalist John Heilemann, during a Friday morning appearance on MSNBC's "Morning Joe," jokingly said that "Quaalude Trump was better than Crystal Meth Trump" — although he also slammed Trump's debate performance as "phony and shallow" and short on facts.

Similarly, liberal Washington Post columnist Greg Sargent argues that Trump's lies hurt his debate performance and are hurting his reelection campaign in general. Trump, he said, is "drowning in his own lies."

Sargent opens his Friday column by quoting Trump ally and former Breitbart News Chairman Steve Bannon, who once declared that the way to hurt Trump's critics in the media is to "flood the zone with shit" — an approach that, according to Sargent, was very much in evidence during his second debate with Biden. But Sargent writes, "A funny thing is happening: if Trump has succeeded in 'flooding the zone with s**t,' Trump himself is the person most at risk of drowning in it."

During the debate, Trump continued to downplay the severity of the COVID-19 pandemic — and, Sargent writes, made himself look ridiculous.

"At the debate, Trump claimed his spectacular leadership prevented 2 million deaths — an absurd manipulation of statistics," Sargent argues. "Trump's biggest coronavirus-related claim of the night, that we're 'rounding the turn,' is false by any reasonable reading of the numbers."

The columnist adds, "Trump has been lying to the United States about the coronavirus for nine months. Majorities disagree with the overall story he's telling about it. They don't believe the worst is behind us and want more government action to address it, even supporting a national mask mandate. But more to the point for our purposes here, majorities know Trump isn't telling them the truth about it. Recent polls show that huge majorities do not trust what Trump says about the coronavirus and that they trust government scientists far more than Trump on it."

This is why the "flood the zone" strategy is so ripe to backfire.

"Trump's continued zone-flooding claims that he has a secret plan to protect people with preexisting conditions, which we again heard at the debate, have become a sick joke," Sargent said. "Trump also absurdly tried to paint Biden as supporting a socialist takeover of health care, when voters everywhere saw Biden arguing with his progressive primary challengers about this for months. Surely, all this gaslighting helps explain why Biden is trusted over Trump to handle health care by large majorities."

Sargent wraps up his column by stressing while one cannot say for certain that Trump won't be reelected, his "flooding the zone" with nonsense isn't doing his campaign any good.