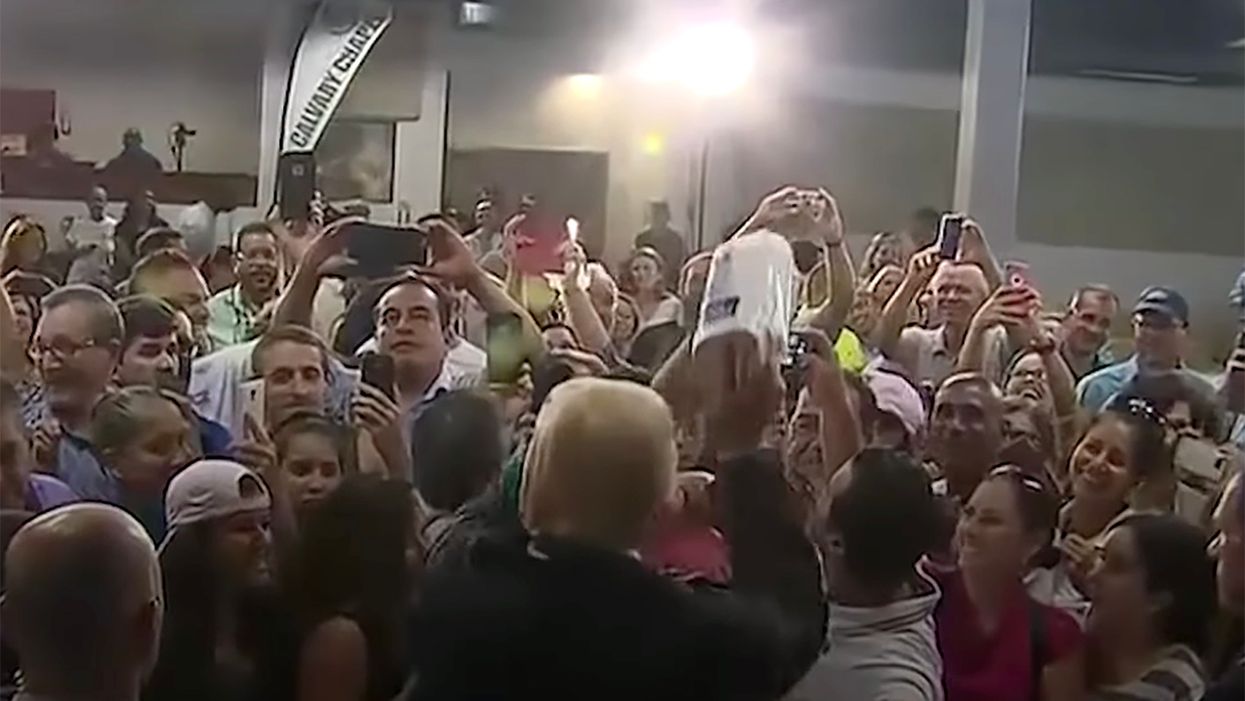 At his rally at Orlando Sanford International Airport on Monday, President Donald Trump devoted part of his speech to Puerto Rico — proclaiming he has been a terrific president for the island and demanding that its people vote for him for president.

There's only one problem with Trump's demand: Puerto Ricans cannot vote for Trump, because Puerto Rico is not a state.

While the GOP's official platform includes statehood for Puerto Rico, party leaders have broadly opposed granting it, out of fear that Democrats would dominate its congressional representation.

The fact that Puerto Rico has no say in either the Electoral College or Congress has empowered the president to ignore the island. He was roundly criticized for a slow and insufficient response to hurricane devastation in Puerto Rico, and once even asked his officials to look into whether he could trade the "dirty" and "poor" island to Denmark in exchange for Greenland.