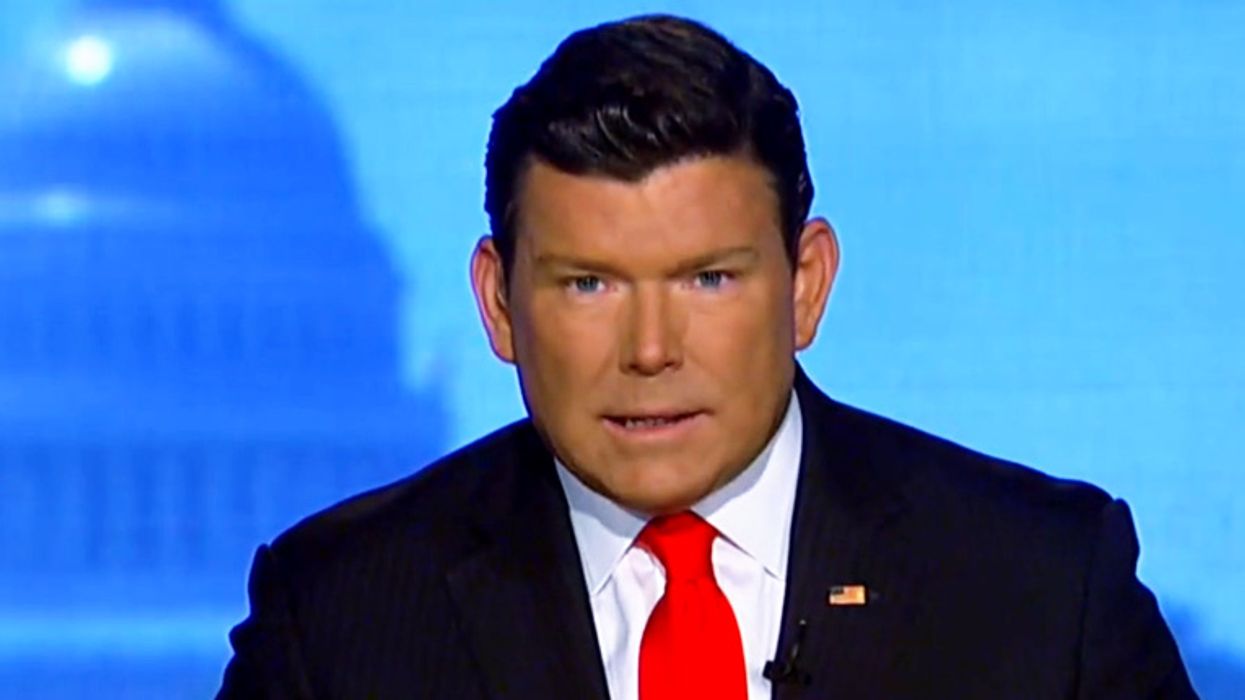 The president of Fox News and several of the network's top stars were advised to quarantine and undergo testing for COVID-19 after "a few" network employees were diagnosed with the disease.

Variety on Monday obtained an internal memo from Fox News Media CEO Suzanne Scott and Fox News President Jay Wallace, which states that anyone at the network who tests positive will be required to quarantine and adhere to "mandatory guidelines" before entering any company building. The New York Times earlier reported that Wallace was among those whom had possibly been exposed during the flight.

"Please know that we stay in close contact with those employees who have been affected and offer our complete support," the memo, which was later published in full, read.

The exposures reportedly included top political anchors Bret Baier and Martha MacCallum, who host the 6 and 7 p.m. ET weekday time slots. The two hosts shared a private flight last week with an infected individual while covering the final presidential debate in Nashville, according to The Times.

News of the potential high-profile exposures arrives as the network gears up for coverage of Election Day. The internal memo stated that the cable news giant would "be further reducing some of the workforce in our building and operating virtually wherever possible" throughout the week ahead.

And it appears to have necessitated coverage changes. "Only those employees who are critical to that night's production will be permitted" inside the network's New York headquarters on Nov. 3, the memo obtained by Variety read. It added that "enhanced testing procedures" and "increased safety protocols" would be put into place.

"I've tested negative three times now, and I'll be doing the show from home this week," he added. "And we'll be in preparation for Election Day."

Citing the network's desire to keep personal health information private, a Fox News representative declined to confirm any details about the reports to Salon.

According to The Times, Fox News had "one of the largest in-person footprints" of the outlets that covered the debates this year. In addition to Baier, MacCallum, and Wallace, the private flight included Dana Perino and Juan Williams, both co-hosts of "The Five." Per the report, the on-air personalities were asked to carry out their hosting duties remotely from quarantine.

Network employees told The Times that their colleagues adhere to public health guidelines, including on travel to events such as the debates. Staff in Nashville were reportedly tested by the network, as well as by the Commission on Presidential Debates.

The network's star personalities, including Sean Hannity and Laura Ingraham, appear to have gone out of their way to discredit advice from medical and public health experts. This spring, the network as a whole demonstrated a far shorter attention span for the crisis than its competitors, significantly cutting back on air-time dedicated to the pandemic.

Viewers of Hannity, who frequently pushed coronavirus misinformation on his audience, were more likely to die of COVID-19 than viewers of colleague, Tucker Carlson, according to a study released this spring. New research later showed that Fox News hosts and guests had peddled misinformation about the coronavirus more than 250 times in the span of one five-day bloc.

The trend appears to apply to the network's viewers, as well. A study published in the British Medical Journal earlier this month found that Fox News viewers take fewer coronavirus safety precautions than CNN viewers.