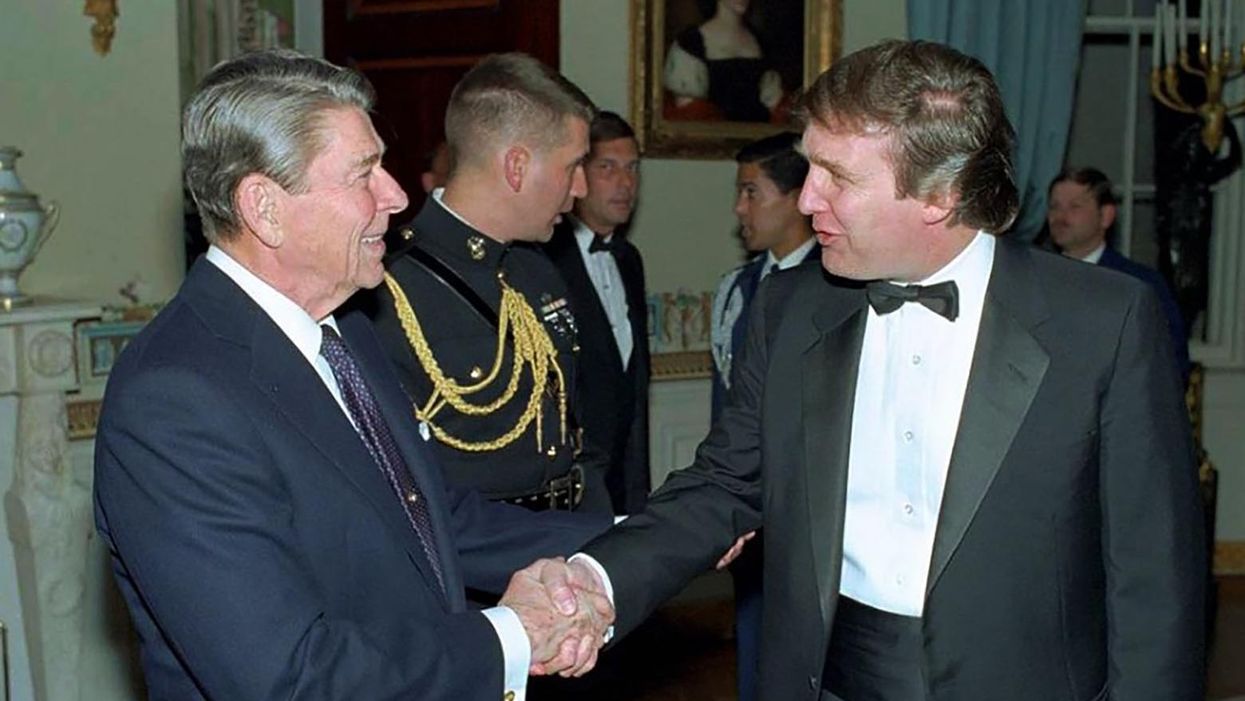 Of all the books about Donald Trump this year, the one that will help you best understand the man, his rise to power and his inability to carry out the duties of a president is by a journalist who has been dead for almost four years.

Without Compromise is a collection of columns by the late Wayne Barrett of the Village Voice, the first journalist to seriously cover Trump. Way back in 1979, when The New York Times was running puff pieces that helped propel Trump to national celebrity, Barrett revealed the real Trump with hard facts and moral clarity.

Just three of the 19 reprinted pieces are about Trump, but they are the foundation of all serious Trump coverage, so rich with lasting insight that they can reasonably be read as the alpha and omega of Trump coverage.

Trump has a pathological need to introduce an evil twist into every deal, what another real estate developer called Trump's 'moral larceny.'

When the Village Voice shut down two years ago, The New York Times having since seen the light on the Trump it so utterly failed to investigate during the 2016 campaign, noted that Barrett's "obsessive work on Donald J. Trump has become a resource for reporters covering the president today."

In cold, clear prose Barrett lays bare the rot behind Trump's carefully polished patina of success and respectability. The rest of the book is a college degree in corrupt politics and how journalists could, but largely don't, cover government.

Barrett was former Brooklyn schoolteacher and community organizer who wangled a job the Village Voice, the immensely profitable alternative weekly founded by Norman Mailer and three other journalists who couldn't abide the straitjacket of conventional 1950s journalism.

Like many of our best journalists, Barrett didn't go to journalism school, though for years he would teach at the Columbia University Graduate School of Journalism. His experience in Brooklyn about life beyond the glitter of Manhattan showed in his first Trump piece.

"Trump's problem isn't so much what he's done as how he's done it," Barrett wrote after spending 15 hours interviewing Trump and many more digging through government records in New York and Philadelphia, interviewing law enforcement sources, competing developers and politicians.

Barrett saw right off that Trump's money lust was not his worst attribute. Trump has a pathological need to introduce an evil twist into every deal, what another real estate developer called Trump's "moral larceny."

"Trump was testing me," Barrett wrote, "to see what would work–convinced that either fear or the suggestion that I could have some undefined future relationship with his wealth or his influence could help shape the story. He had only to figure out what I wanted. Every relationship is a transaction."

It never occurred to Donald that some people are immune to flattery and threats and don't have a price. Nearly a decade later he tried the same strategies on me.

The three Barrett pieces in Without Compromise paint a more accurate, concise, and damning portrait of the man than the later work of any other journalist including me.

Eileen Markey chose the 19 pieces and rounded up notables in academia and journalism to write accompanying essays. Markey is one of many journalists who survived Barrett Bootcamp, the toughest journalism training in the country.

Barrett was an obsessively demanding boss, beloved by those who learned technique from him and put up with his famous yelling. Wayne called me once to basically say he needed to yell, and no one was around so I patiently listened to my friend for 90 minutes.

Those who survived Barrett Bootcamp became some of the best journalists in New York. Among them: Timothy L. O'Brien of Bloomberg, Jennifer Gonnerman of The New Yorker, Errol Louis of NY1 television, Andrea Bernstein of WNYC, Jarrett Murphy of City Magazine, and Markey, his wife, who put together the anthology.

You can get an idea of how focused Barrett was on hard facts that matter from a story his wife Fran told my wife and me one night over dinner near Atlantic City, where we then lived and the Barretts had a summer home purchased with money from his 1992 book Trump: The Deals and The Downfall.

"Wayne came back from interviewing Trump and was regaling me with this lie and that by Trump and I kept asking him about the apartment – what's it like, Wayne?" Fran said.

Barrett did his work with such decency that after he died at age 71, the day before Trump took office in 2017, his memorial service was filled with politicians he had exposed, some of whom ended up behind bars. Both Governor Andrew Cuomo and Chuck Schumer, the Senate minority leader, went on and on with praise for Barrett.

Schumer told stories of how, but for Barrett's journalistic policing when he first held office, he would never have made it to the United States Senate. Schumer said Barrett made him realize he was being seduced by money and "fancy women," adding that's why he married a Brooklyn cabbie's daughter

I visited Wayne at his Brooklyn townhouse one afternoon when the door was opened by Alan Hevesi, the former New York State comptroller who had gone to prison after Barrett exposed his criminal acts.

As the three of us ate lunch Hevesi told me he had no hard feelings. "I did it, Wayne nailed it down and reported it. How can I hold a grudge against a man who wrote the truth?" That's not the way Trump reacts.

Journalism, Barrett taught, is the only occupation where you get paid to tell the truth. That's a journalist's job, start to finish. Tell the truth as best they can uncover it. That's why Trump calls journalists the enemy of the people. He can't stand the truth. Without Comprise is nothing but truth.