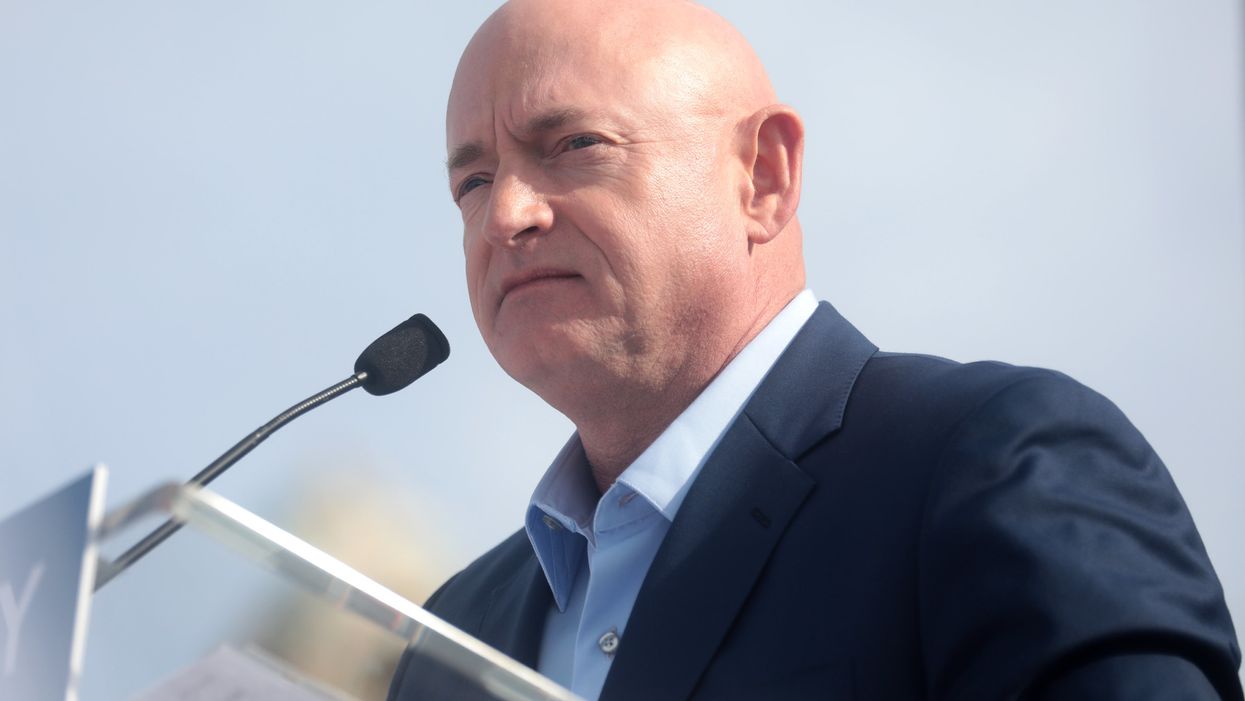 Mark Kelly speaking with supporters at the Phoenix launch of his U.S. Senate campaign at The Van Buren in Phoenix, Arizona.
Daniel Villarreal
and
Salon
October 25, 2020

Arizona senatorial candidate Mark Kelly is currently beating his Republican challenger Martha McSally by about 5 percentage points. So a right-wing media outlet decided to try and take Kelly down by posting a photo and lying about him dressing up as Nazi leader Adolf Hitler during his school days at the Merchant Marine Academy.

On Friday, the right-wing website the National File shared photographic "proof" that Kelley had dressed as Hitler, and the post quickly went viral. But Kelly's former classmates Jennifer Boykin, Peter Lindsey, Mark Baden and Ed McDonald have all said that the image isn't of Kelly.

Lindsey in particular said someone contacted him with the image via the professional social network LinkedIn asked "and asked if the person in the costume was Mark Kelly. I told them no, and want to say again, Mark is not in those photos. I have spoken to numerous classmates about this evening, and they concur that he is not in any of these pictures. The people spreading these lies should stop."

"The person who reached out to Lindsey was identified by the campaign as a paid consultant for a super political action committee aligned with Senate Majority Leader Mitch McConnell, R-K.Y., that is spending millions of dollars to help defeat Kelly," AZCentral.com reports.