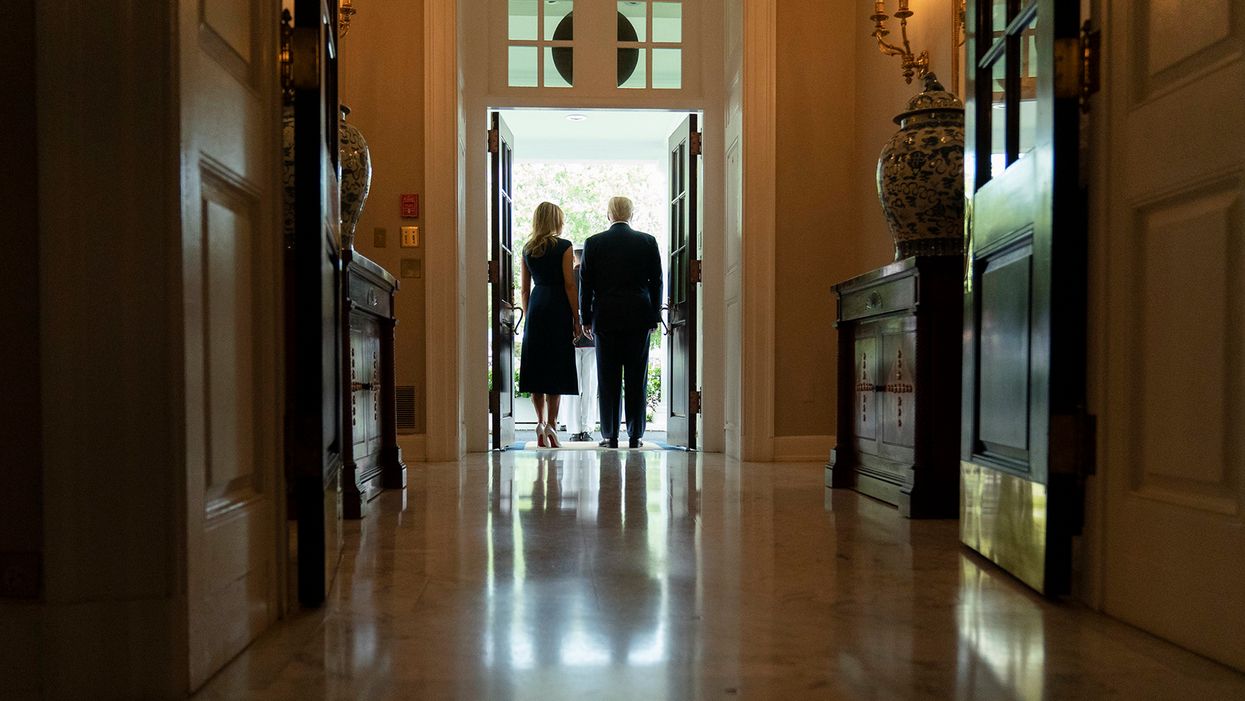 After spending much of 2020 publicly downplaying the severity of the coronavirus pandemic, President Donald Trump was hospitalized after testing positive for COVID-19 — and now that he is back in the White House, Trump is still downplaying it. There has been much discussion of exactly where Trump has been inside the White House since his return, and his allies haven't been able to get their stories straight on whether or not the president was in the Oval Office on Tuesday, October 6.

CNN reporter Kaitlin Collins, on Wednesday morning, October 7, tweeted that there have been "conflicting statements from White House officials on whether President Trump was in the Oval Office yesterday." Collins noted that White House Chief of Mark Meadows "says Larry Kudlow misspoke when he said Trump was and that Trump worked from the residence yesterday, not the Oval."

The president is hardly the only person in Trumpworld who has been affected by COVID-19 in recent days. The long list of Republicans and Trump allies who have tested positive for the novel coronavirus since last week ranges from long-time adviser Kellyanne Conway to former New Jersey Gov. Chris Christie to Trump's campaign manager, Bill Stepien, to Republican National Committee Chair Ronna Romney McDaniel.