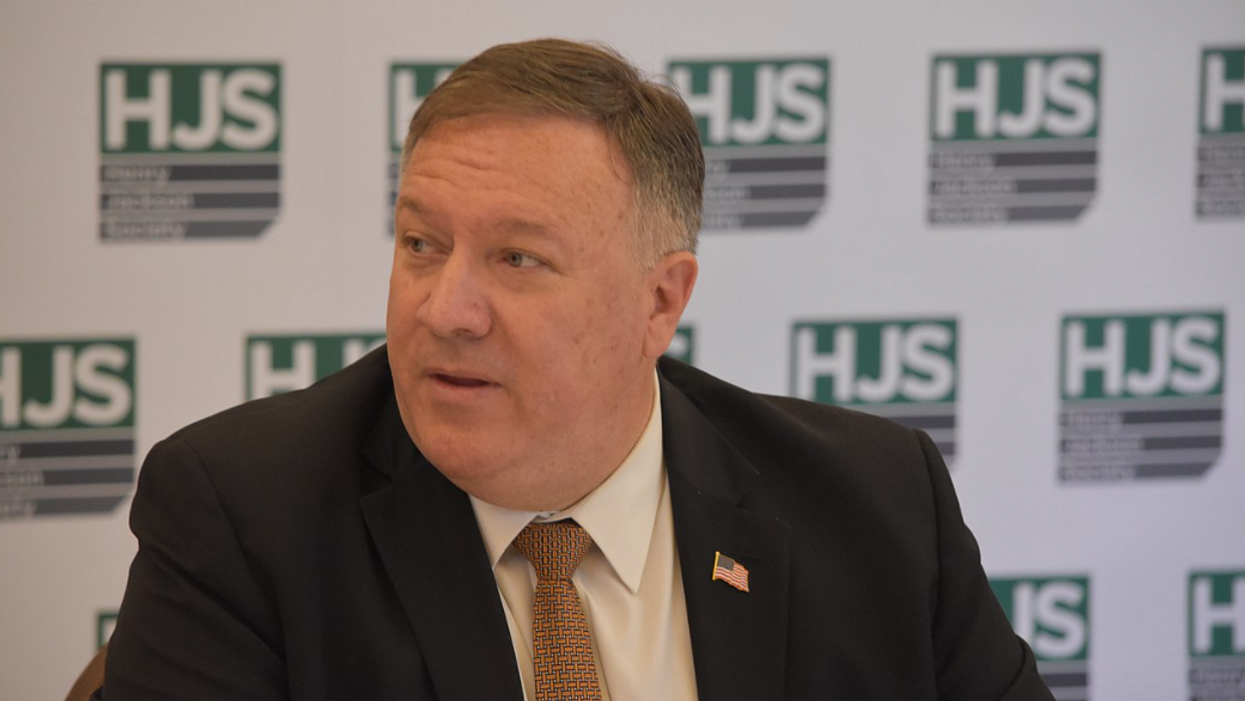 Secretary of State Mike Pompeo is consistently among the most Trump-like of the impeached president's corrupt, trollish officials—and he continued to cement that status after reportedly ignoring internal protests from his own department employees in order to address a right-wing religious organization that supports so-called "ex-gay" therapy, the Miami Herald said.

The report said that Pompeo's speech to the Florida Family Policy Council, a group also affiliated with several other anti-LGBTQ organizations, was covered in red flags, including staffers finding links to conversion therapy—which is torture—on the group's site, as well as anti-gay flyers at the location where the speech was to take place. So Mike—ever-conscious about his employees and his department's alleged pro-LGBTQ efforts—cancelled the speech, right? Nah. He not only continued on with it, he promoted it.

The Miami Herald reports that "[o]ne source described several aides as 'appalled' the event still took place despite the concerns, and that afterward, the secretary highlighted his appearance in his latest 'Miles with Mike' message to department employees." A State Department spokesperson tried to soothe alarm over the speech by later claiming that Pompeo honestly had no idea about the concerns, which maybe someone somewhere would believe if this administration didn't lie like it was going out of style.

Then there's also Mike's record. "Before joining the Trump administration, first as CIA director and then as secretary of State, Pompeo made his views on LGBTQ rights explicit," Mother Jones noted, "opposing same-sex marriage and once alluding to homosexuality as a 'perversion.'" During a Senate confirmation hearing in 2018, New Jersey Sen. Cory Booker pressed Pompeo on the term, and asked him if he stood by it. "Senator, when I was a politician, I had a very clear view on whether it was appropriate for two same-sex persons to marry," Pompeo replied. "I stand by that."

Of course, working for a thrice-married adulterer is apparently just fine and dandy. Anyway, that Republicans still continue to tout this administration as pro-LGBTQ is laughable, and made all the more ridiculous considering one pro-LGBTQ effort the administration touts actually belonged to the previous administration. Awkward.

But hey, the Trump campaign enlisted Tiffany Trump to mangle the term "LGBTQ" at a "Trump Pride Event" in Florida this past weekend, where she claimed, "I know what my father believes in. Prior to politics, he supported gays, lesbians, the LGBQIIA+ community." Okay. Maybe whatever this "LGBQIIA+" is might support him—don't think we didn't notice you dropping the "T" there, Tiffany—but when it comes to the LGBTQ community, new polling has 74% of registered LGBTQ voters supporting Democratic presidential candidate Joe Biden.

"Of them, 92 percent said they were 'definitely or probably' voting in the presidential election—and over 80 percent said they felt more motivated to vote now than in any other recent election," the polling said.