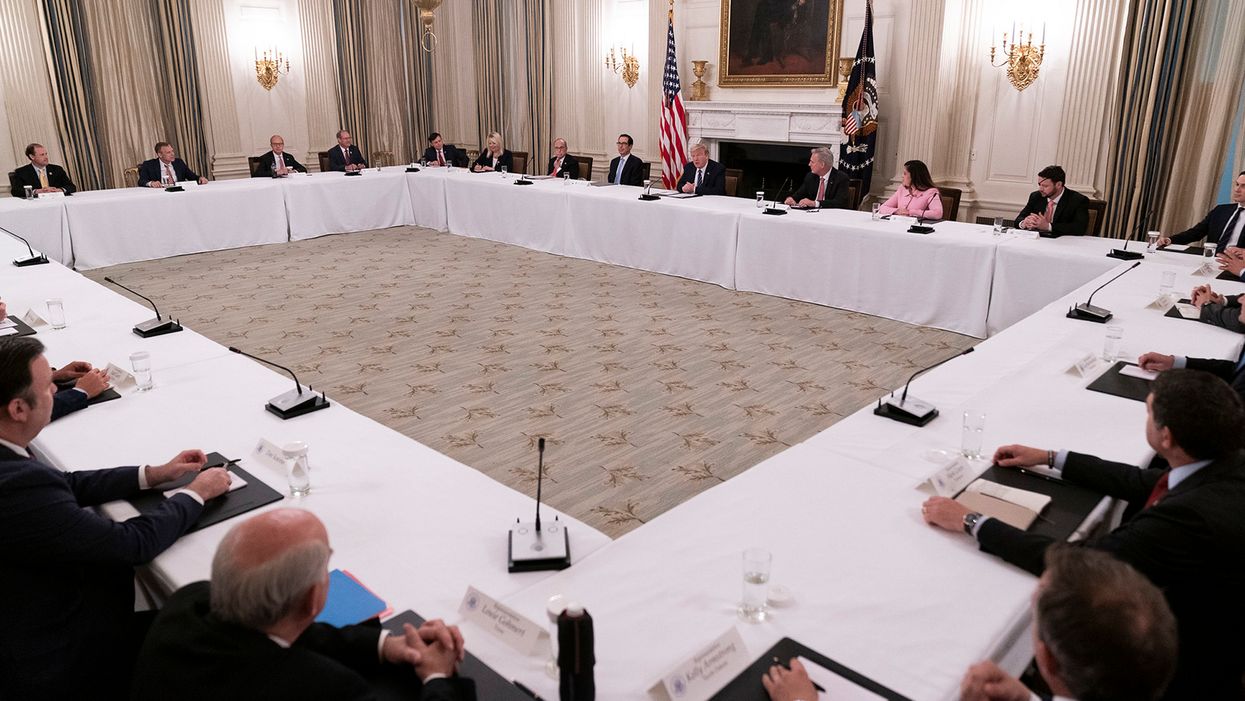 The Associated Press reporter told MSNBC's "Morning Joe" that Trump's coronavirus infection had upended his own campaign and hurt embattled GOP senators in theirs.

"A sense of desperation and, really, alarm set in among Republicans both in and outside of the White House of the state of this campaign, which is why the president is going to be, he's suddenly back in public life," Lemire said. "He had that event on Saturday and resumes campaigning tonight in Florida."

"As we reported just now, there's growing panic in the Republican Party," he added. "The one-two punch of his widely panned debate performance and the COVID-19 diagnosis, a lot of finger-pointing on how they handled pulling out of the debate, the blowing up of the COVID relief talks. They're trying to set up excuses as to why he lost, and there's great concern."

That has caused some Republicans to distance themselves from the president since his diagnosis, Lemire said.

"There's growing alarm not only in the states we have been talking about, about losing Senate seats in Colorado or North Carolina, but also deep red states like Kansas and South Carolina," he said. "Where Lindsey Graham's challenger put up a record amount of fund-raising in the last month. There's a fear that the White House is slipping away and he's pulling the rest of the party with him. There's a chance now that some in the party believe that it's not just that Joe Biden might post a decisive victory on the election night, and the recount and the court challenges, but a sense, indeed, that the Democrats could sweep to power here and fully repudiate where the president has taken the Republican Party."

"There's still three weeks to go, of course things can change," Lemire said. "But right now, with time running out, there's grave alarm among the Republicans about the fate of the White House and the Senate."