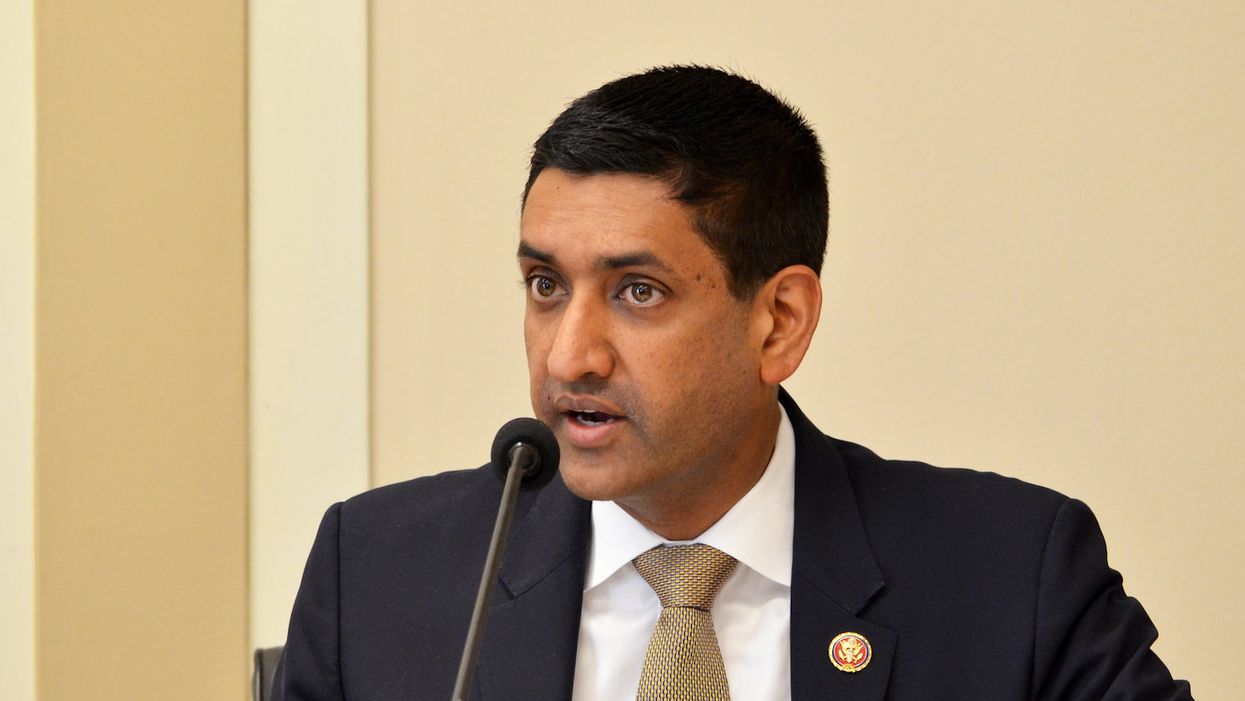 While Khanna is thus far the only progressive member of Congress to speak out in support of accepting most of what's in the $1.8 trillion White House proposal—which includes one-time stimulus payments that for many families would be bigger than the previous round, a $400-per-week federal boost in unemployment insurance, and $300 billion to state and local governments—the California Democrat told Roll Call Monday that a number of his fellow Democrats have expressed a similar position in private.

"Quite a few members feel this way," Khanna said, telling Roll Call that at least 10 of his progressive colleagues share his position on the $1.8 trillion stimulus proposal, which the White House put forth on Friday in the latest bid to jumpstart negotiations that have been stalled for months and were briefly called off by President Donald Trump last week.

"Now I don't know how many of them will be vocal, but members are hearing in their districts that people are suffering," said Khanna, the first vice chair of the Congressional Progressive Caucus. "We have a moral obligation to do something. We are the party that stands for the working poor."

Acknowledging the important disagreements between the White House and Democratic leaders on key issues at hand in the relief negotiations—such as funding for coronavirus testing—Khanna said he believes they can be resolved. Democratic leaders have demanded $75 billion for coronavirus testing but, thus far, the White House has only been willing to offer around $45 billion in new funds.

"I think we can get the $30 billion and we should signal if the administration meets us at $75 billion... and they have a national testing plan, then we have a deal," said Khanna.

The dire consequences of failing to pass additional aid before next month's election have been on display in recent weeks as the nation's economic crisis has continued to wreak havoc, permanently eliminating jobs and prompting warnings of a prolonged recession if another stimulus package is not forthcoming. According to the Main Street Alliance, more than a third of U.S. small businesses are at risk of permanent closure by the end of the year if another relief bill isn't approved.

As HuffPost's Zach Carter wrote Monday, the "economic rationale" for accepting the $1.8 trillion relief offer from the White House is "straightforward."

"According to the most recent weekly data, 840,000 people are losing their jobs every week," Carter noted. "Prior to the pandemic, the previous all-time weekly high was 695,000. Job growth picked up in June as states began reopening their economies, but that growth has slowed every month. At the moment, growth is stalled out and the unemployment rate is 7.9%."

"The dispute over the stimulus in Democratic circles has not been about the economic situation, but the politics of addressing it," Carter continued. "Passing a stimulus bill, critics argue, would hand Trump a much-needed legislative win heading into the November election."

But, as Common Dreams reported Monday, some progressives and Democratic commentators have countered that reaching a relief compromise with the White House and putting the onus on Senate Republicans could come with a substantial political upside for Democrats.

If Senate Majority Leader Mitch McConnell (R-Ky.) and his Republican colleagues reject the deal—as they've indicated they would—the GOP would be responsible for the potentially devastating fallout that could result from denying crucial economic aid to people and cash-strapped state and local governments. If Republicans agree to pass the $1.8 trillion compromise bill without any sneaky poison pills, countless out-of-work Americans, hungry families, and frontline workers would receive help they desperately need to make ends meet.

Matt Bruenig, founder of the People's Policy Project, a left-wing think tank, tweeted Monday that "Ro is right about this."

"If there is a White House approved proposal for $1.8T, then the House should pass it. Worst case scenario is it dies in the Senate, but possible it could pass with Trump's support. No downside, possible upside."

In an interview on MSNBC Tuesday morning, House Majority Leader Steny Hoyer (D-Md.) sounded a note of optimism when discussing the prospects of another coronavirus relief deal before next month's election, pointing to Pelosi and Treasury Secretary Steve Mnuchin's four previous bipartisan agreements.

"We ought to be able to make a fifth if the president would stay on target and have a single message," said Hoyer.

But Pelosi—whose chamber has passed two ambitious relief bills that Senate Republicans have refused to even consider—has shown no indication of backing away from her opposition to the Trump administration's $1.8 trillion offer, which she denounced as riddled with "deficiencies" in a Dear Colleague letter on Tuesday.

"A fly on the wall or wherever else it might land in the Oval Office tells me that the president only wants his name on a check to go out before Election Day and for the market to go up," Pelosi said. "I remain hopeful that the White House will finally join us to recognize the needs of the American people, and take action to address the health and economic crisis in their lives."

On a House Democratic caucus call Tuesday, there was "no pushback" against Pelosi's strategy of rejecting the White House's $1.8 trillion offer, according to the Washington Post's Jeff Stein.