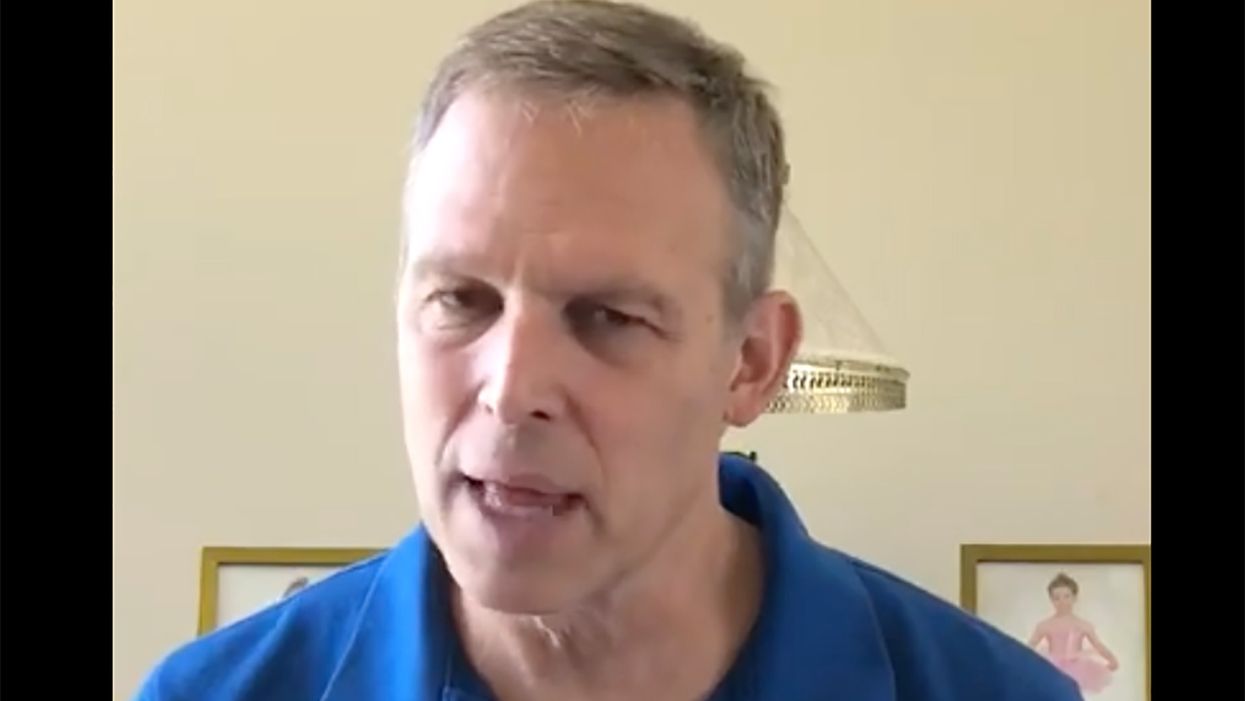 Daily Kos Elections is changing our race ratings in five more contests—four shift in the direction of the Democrats, while one moves to the right. We also now have a total of 10 GOP-held seats rated as Lean Republican or better for Democrats. You can find all our Senate, gubernatorial, and House ratings at each link.

• PA-10 (Lean R to Tossup): Republican Rep. Scott Perry narrowly held Pennsylvania's 10th District 51-49 last cycle, but he faces an even tougher challenge next month from state Auditor Eugene DePasquale. National Democrats have released several polls showing DePasquale leading Perry, and they've simultaneously found Joe Biden out front in this Harrisburg-area seat that supported Donald Trump 52-43 in 2016. Perry's allies, meanwhile, have yet to release contradictory numbers. This district is red enough that Trump could still carry it even if he loses Pennsylvania and help get Perry across the finish line, but the incumbent no longer looks like the favorite to hang on.

• AK-Sen (Likely R to Lean R): Republican incumbent Dan Sullivan began the year looking like a lock for reelection, but his standing has continually eroded the closer we get to November. We've seen only a few polls of Alaska's Senate race, but they've all shown Sullivan in a tight race against orthopedic surgeon Al Gross, an independent who won the Democratic nomination in August.

Importantly, major outside groups on both sides are behaving like this seat is quite competitive and have continued to spend millions as Election Day draws nearer. Gross has also proven to be a very strong fundraiser, and the senator's campaign has reportedly said it expects to be badly outspent. Sullivan still has the advantage in Alaska, which has long been a reliably red state, but the possibility of an upset looms large.

• KS-03 (Lean D to Likely D): Democrat Sharice Davids won an expensive race two years ago to flip Kansas' 3rd Congressional District, but her first reelection campaign in the Kansas City area is looking considerably less eventful. This constituency backed Hillary Clinton 47-46 after supporting Mitt Romney 54-44, and well-educated suburban areas like this have moved even further to the left since then: Democrat Laura Kelly, for instance, romped to a 56-37 win in the 3rd District in her successful bid for governor two years ago.

• NY-24 (Lean R to Tossup): Republican Rep. John Katko held off Democrat Dana Balter 53-47 last cycle, but their rematch in New York's 24th Congressional District looks like it will be even more competitive. A late September poll from Siena showed Balter ahead 42-40, while Joe Biden led 53-34 in a Syracuse-based seat that Hillary Clinton carried just 49-45. Outside groups from both parties have also already spent considerably more money here than they deployed during the entire 2018 contest.

Katko is a strong campaigner who ran dramatically ahead of Trump in 2016 and managed to survive the midterm blue wave. However, political conditions look even worse for the GOP this time than they did two years ago, and Katko will have a tougher time holding on in November.

• OR-04 (Safe D to Likely D): Veteran Democratic Rep. Peter DeFazio has always won reelection in Oregon's 4th Congressional District with ease, but 2020 is shaping up to be his toughest contest yet. DeFazio faces a credible challenge from former Oregon National Guardsman Alek Skarlatos, who attracted international attention in 2015 when he helped stop a terrorist attack on a Paris-bound train. And while there has been next to no outside spending here in decades, both parties have been airing ads in recent weeks.

This seat, which includes the southern Willamette Valley and Oregon's southern coast, backed Hillary Clinton by a tiny 46.1-46.0 spread, and it's possible that Donald Trump could carry it this year even if Nov. 3 is otherwise a bad night for the GOP. DeFazio has never had trouble winning votes from ticket-splitting Republican voters before, and he's still the front-runner, but this is one to keep an eye on.