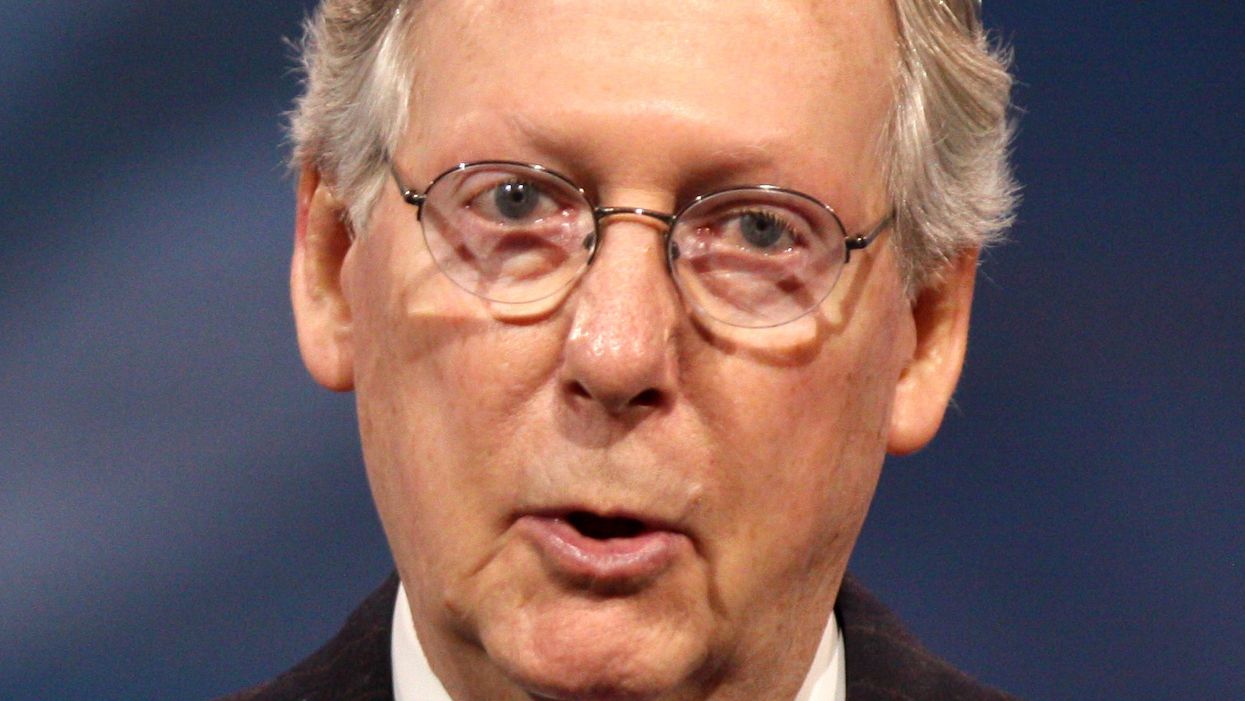 Even if November 3 brings a major blue wave, Senate Majority Leader Mitch McConnell, according to recent polls, is likely to be reelected. McConnell is seeking a seventh term, but veteran progressive activist Ralph Nader, in an op-ed for the Louisville Courier, argues that the last thing the Kentucky senator deserves is to be reelected.

"I have studied and interacted with many members of Congress," Nader writes. "McConnell is the most brazen evil, cruel and powerful legislator in the last 50 years. His lack of empathy for the vulnerable and disadvantaged is stunning."

McConnell's record, Nader stresses, has been characterized by a total lack of compassion for those less fortunate than him. And he hasn't grown any more compassionate under Donald Trump's presidency.

"McConnell, comfortably embraced by the Congress' socialized medicine, loses no sleep saying yes to a corporate-profit-glutted, wasteful corporatized health care industry whose denials, co-payments and exemptions are costing thousands of uninsured and insured American lives a year. He fought but failed to end Obamacare, pleased to consign another 22 million people to the dreaded, uninsured hell," Nader writes, adding that he has vigorously fought against relief for Americans who are hurting financially because of the COVID-19 pandemic.

According to Nader, "McConnell's back-of-the-hand to coal mine workers' safety, survivors' pensions and continuing black lung payments, mainly harms Kentucky, but his other aggressions against people in favor of big business affect the entire country. He bragged at an event in Owensboro that he and he alone decides what issues this Senate votes on."

McConnell was first elected to the U.S. Senate in 1984. This year, his latest Democratic challenger, Amy McGrath, was hoping to unseat him. But McConnell appears heading for reelection.

"McConnell has the gall to campaign on 'Kentucky Values,'" Nader writes. "Voters in Kentucky, with a little homework, or a factual memory of this senatorial oligarch, shouldn't have difficulty in rejecting those claims. McConnell has gotten away with ferociously shredding Kentucky values for 36 years. He smugly expects six more years."