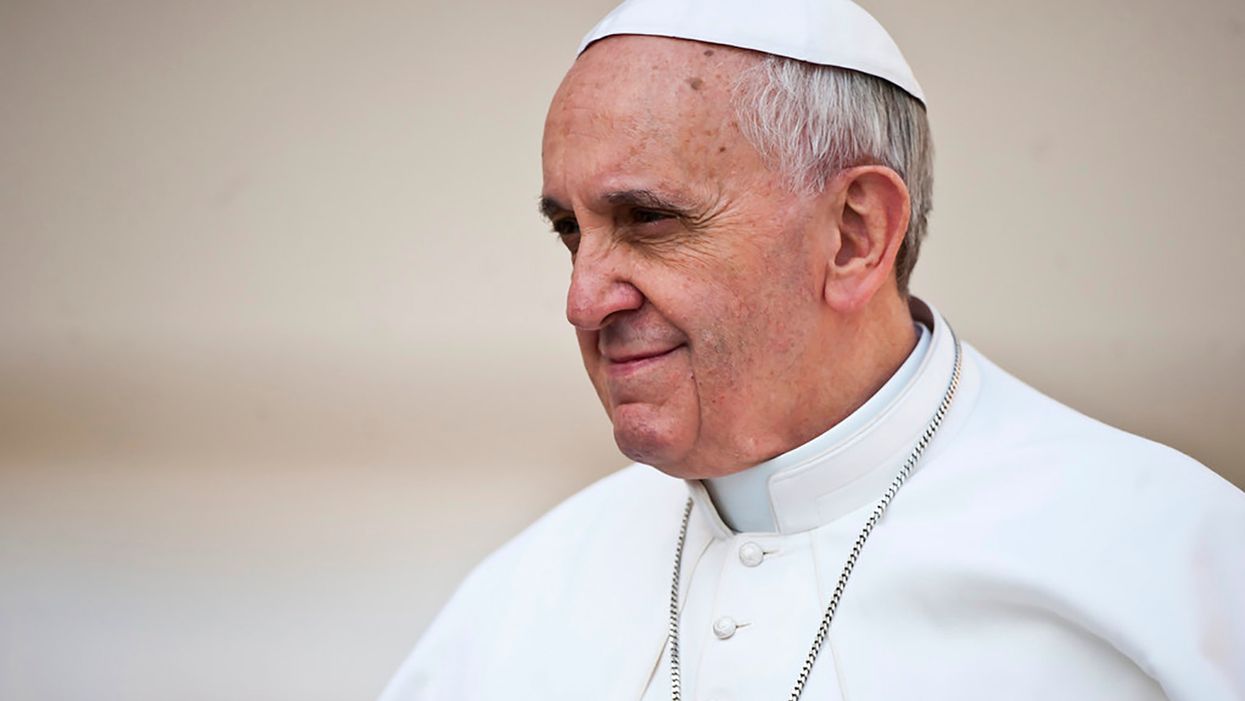 Pope Francis is calling for same-sex couples to be "legally" protected by civil union laws.

"Homosexuals have a right to be a part of the family," the Pope says in a new documentary, Catholic News Agency reports. "They're children of God and have a right to a family. Nobody should be thrown out, or be made miserable because of it."

Later, Pope Francis defended his remarks in the film, saying, "What we have to create is a civil union law. That way they are legally covered."

The Pope said nothing about the morality of same-sex relationships, which the Catholic Church still vehemently opposes.

Some are calling the Pope's remarks a "major shift," and a "long overdue moment." Others have noted to Catholics in countries where same-sex relationships or marriages are banned it is a welcome sign.

Pope Francis continues to oppose marriage for same-sex couples. He has a lengthy record of vacillating between making compassionate statements about same-sex couples and gay people, while denouncing in the strongest possible terms affording them the same rights and responsibilities as those in different-sex marriages.

One year later he said same-sex marriage threatened to "disfigure God's plan." He later called marriages of same-sex couples "disfigured." Also in 2015 he announced support for constitutional bans on marriage and adoption by same-sex couples.