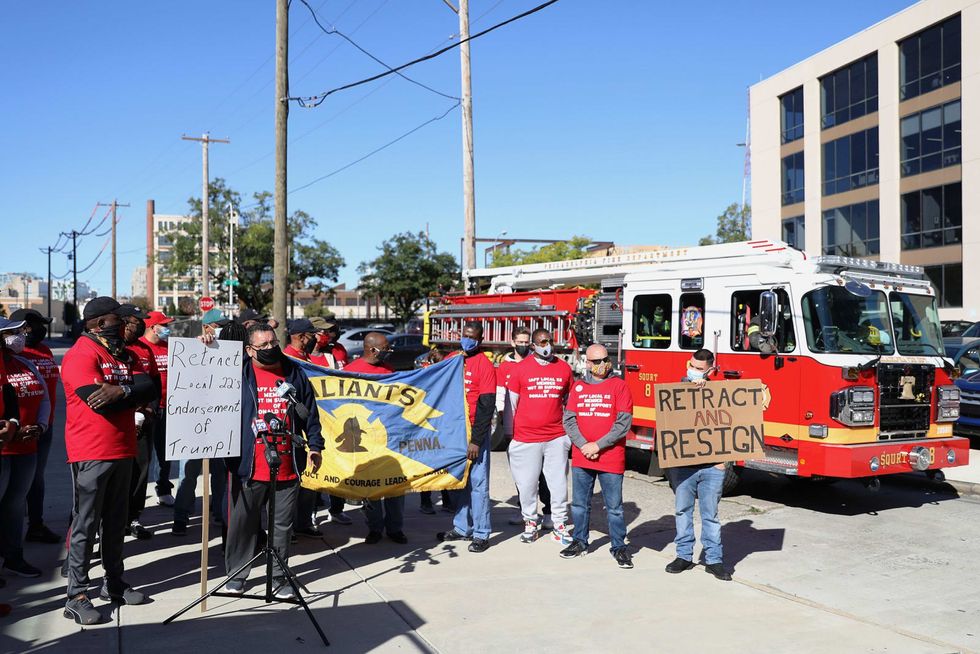 PHILADELPHIA — Philadelphia's firefighters union is calling a do-over of its controversial endorsement of President Donald Trump last week that set off a series of protests by its members. Many members of Local 22 of the International Fire Fighters and Paramedics Union see the endorsement process as flawed and inflammatory. Some are calling for the union's leaders to resign. And the endorsement may be yanked away from Trump just before Election Day. Local 22 president Mike Bresnan canceled a union meeting Tuesday and then told his 4,700 members they will be mailed a ballot asking if they support...