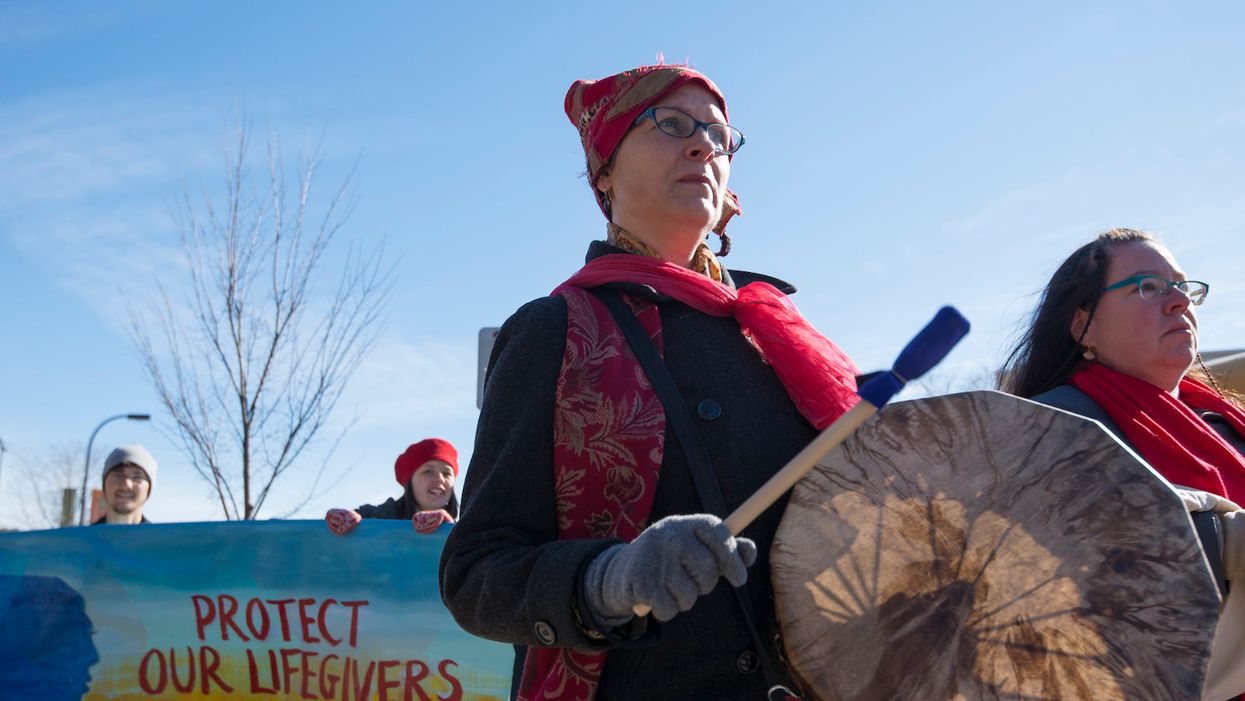 On Monday, Sept. 21, days before Indigenous People's Day and Domestic Violence Awareness Month, the House passed the Not Invisible Act and Savanna's Act, sending the two bills addressing the Missing & Murdered Indigenous Women, Girls, and Two-Spirit people (MMIWG2S) crisis to the White House for Trump to sign into law.

Across the United States, over 5,700 Indigenous women were reported missing in 2016 alone, with only 116 of those cases logged into the Department of Justice's (DOJ) missing persons database. This statistic is just the tip of the iceberg of the MMIWG2S crisis and most data collection is conducted only by Indigenous communities and organizations.

Introduced by Reps. Deb Haaland, Pueblo of Laguna (D-NM-1), and Sharice Davids, Ho-Chunk Nation of Wisconsin (D-KS-3), and Sen. Catherine Cortez Masto (D-NV), the Not Invisible Act would establish an advisory committee composed of lawmakers, law enforcement, tribal leaders, and survivors to monitor the MMIWG2S epidemic and make recommendations to the DOJ and Department of the Interior.

Additionally, the committee would create best practices for law enforcement agencies investigating MMIWG2S cases. This community-based and social service-based approach will hopefully lead to better protections for Indigenous community members across the country.

These two bipartisan pieces of legislation go hand in hand to address patriarchal and colonial violence against Native women, girls, and two-spirit people by both increasing data collection efforts and consulting tribal community leaders and survivors when determining solutions for state and local communities.

Daily Kos alongside Native-led groups including Seeding Sovereignty, Native Organizers Alliance, and NDN Collective have collected signatures from thousands of activists across the country urging Congress to pass both bills.

Seeding Sovereignty's MMIW advisor Jordan Marie Daniel (Kul Wicasa Lakota and Diné) so aptly highlights that "the number of Missing and Murdered Indigenous Women, children, Two Spirits, and relatives continues to increase, but there has been no concerted effort to accumulate statistics and other information around which to base policy and target resources on the federal level. That work is currently happening with Native led organizations and advocates working with the families to fight for justice and visibility of this epidemic. With Savannah's Act, it is a simple and common-sense first step to address this long-standing issue impacting Native communities and collect the essential information needed to responsibly address this growing and painful trend in, and around, Native country.

If we are to address this problem responsibly, we need to know about the size, scale, and depth of this reality… there is need for caution though – in the development of making these two pieces of legislation and the support by the Trump Administration through the creation of Operation Lady Justice – there was lack of involvement from MMIWG2S families and advocates for this federal taskforce. It is absolutely critical moving forward, that we continue to be voices on those platforms and demand inclusion for the families and advocates that these laws are enforced properly and respectfully that will hopefully result in no more deaths and disappearances of our relatives. The future of Native people is at stake and we need informed policy and programs that include Native voices on these issues to eliminate this violence and to keep our relatives safe and not targets."

For far too long, Native communities have had to force law enforcement and non-Native elected officials to take this crisis seriously. This marks an important step for Democrats and Republicans in ending erasure of Native women in politics and prioritizing the health and lives of the people whose land we occupy.