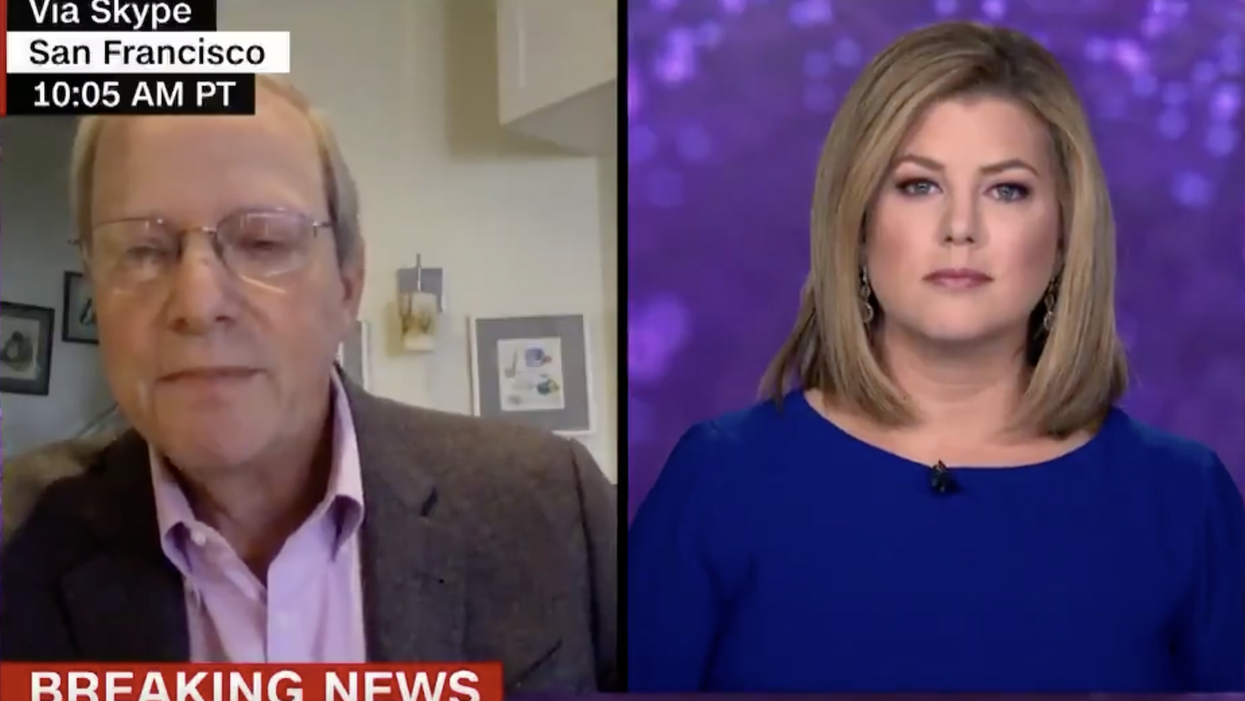 Even after being hospitalized with COVID-19, President Donald Trump has continued to downplay the severity of the novel coronavirus. But when Dr. Robert Wachter — chairman of the Department of Medicine at the University of California, San Francisco — appeared on CNN on Wednesday, he warned that the president still has "more than a one in ten" chance of dying from his illness.

Wachter told CNN's Brianna Keillar, "He's doing well, that's great. He is not out of the woods. It won't really be until next week that he would be getting to the end of the period during which we worry about a significant deterioration and compromise of his breathing."

The medical expert noted that with COVID-19, a patient who appears to be doing relatively well can suddenly take a turn for the worse.

"At this point, you'd still say: if you took the overall numbers of patients with COVID — as severe as he had with the risk factors he had — he still has a significant chance, probably more than one in ten, of dying of this episode," Wachter explained. "So, it's nothing to be taken lightly."

Keillar responded, "Oh, OK, I mean that's a considerable number, right?" But the CNN host quickly added, "The reverse of that would be nine of ten have not."

Wachter stressed that Trump, who is back in the White House after leaving Walter Reed Military Medical Center in Bethesda, Maryland, is still capable of infecting others with COVID-19.

Wachter told Keillar, "He's six days into it. He is almost certainly still contagious and will be, on average, until about ten days after his symptoms have gone away. So, he's still on the contagious period. He's not at the peak of its contagiousness, which was probably on Wednesday or Thursday."