Lindsey Graham admits to Amy Klobuchar: ‘Y’all have a good chance of winning the White House’ 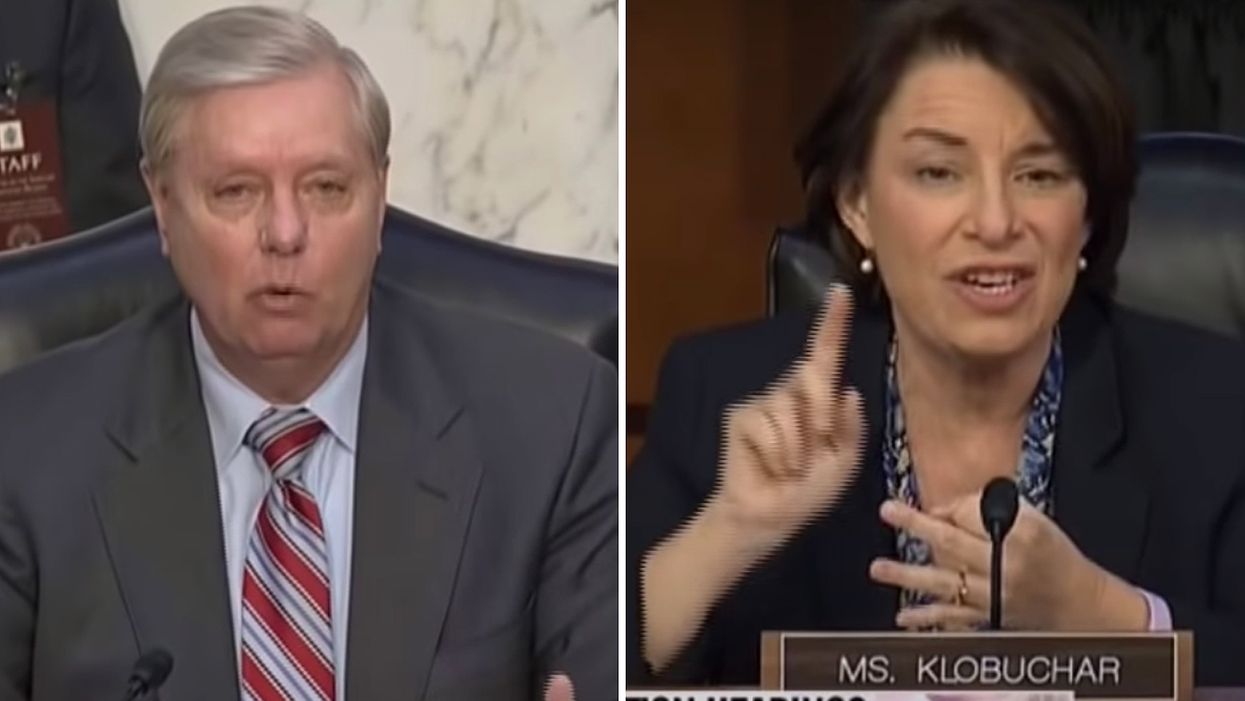 Sen. Lindsey Graham (R-SC) on Thursday asserted that Democrats "have a good chance" of defeating President Donald Trump in November.

During a hearing for Judge Amy Coney Barrett, Sen. Amy Klobuchar (D-MN) objected to the push to seat the Supreme Court nominee on the bench before the election.

"I just don't think you can separate this from the election that we are in," Klobuchar said. "I don't come out of this with cries of defeat? You know why? Because it's motivating more people to vote. You chose to do it in the middle of an election so let's all go out there and vote. That's what happening because this should not be Donald Trump's judge."

Graham argued that he voted for two of President Barack Obama's Supreme Court nominees, but the senator did not acknowledge that Judge Merrick Garland was never given a hearing.

"She's somebody that a Republican would pick," Graham said of Barrett. "Y'all have a good chance of winning the White House."

"Thank you for acknowledging that," Klobuchar chimed in.

Lindsey Graham to Amy Klobuchar: 'Y'all have a good chance of winning the White House' youtu.be