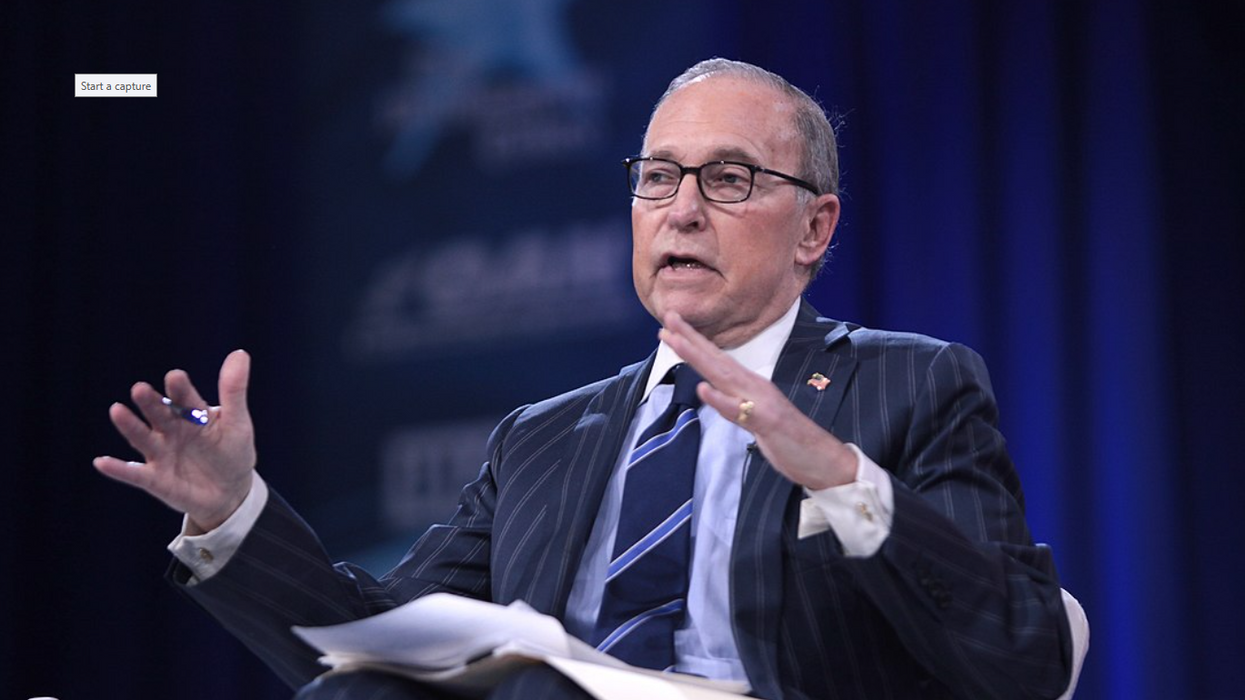 President Donald Trump's White House is, yet again, at the center of controversy for its early response to the pandemic.

Although Trump has repeatedly been criticized for downplaying the coronavirus and not responding soon enough, The New York Times reports that some of his White House officials, including the president's economic advisor Larry Kudlow, actually did react—to warn insiders about the possible collapse of the stock market.

According to an NYT report published on Wednesday evening, the president's White House's economic advisers privately warned various conservative insiders and wealthy campaign donors of the uncertainty that might arise due to the coronavirus outbreak. The warnings are said to have been issued in late February, just a few short weeks before the World Health Organization (WHO) declared the coronavirus a global pandemic.

This occurred all while Trump waged a public effort to give the American people a false sense of security about the virus. The publication's report centered on a memo written by a hedge fund consultant, who attended a three-day meeting at the Hoover Institution, widely known as a conservative public policy think tank at Stanford University.

The consultant's assessment detailed the possibility of a pandemic-related market crash as he warned Republican elites, along with other well-connected stock traders. A total of eight people received the consultant's memo but many different aspects of the memo spread to many New York investors other elite trade insiders.

Here is an excerpt from the NYT report:

The consultant's assessment quickly spread through parts of the investment world. U.S. stocks were already spiraling because of a warning from a federal public health official that the virus was likely to spread, but traders spotted the immediate significance: The president's aides appeared to be giving wealthy party donors an early warning of a potentially impactful contagion at a time when Mr. Trump was publicly insisting that the threat was nonexistent.

Interviews with eight people who either received copies of the memo or were briefed on aspects of it as it spread among investors in New York and elsewhere provide a glimpse of how elite traders had access to information from the administration that helped them gain financial advantage during a chaotic three days when global markets were teetering." - The New York Times.

The NYT report comes months after Republican elites like Sen. Kelly Loeffler (R-Ga.) faced scrutiny following her and her husband's speculative sale of $18.7 million in Intercontinental Exchange stock, according to the Atlanta Journal-Constitution.

The Georgia senator, who also serves on the Senate Health Committee, first began selling off her stock on January 24 — the same day the committee held its first private all-members session on COVID-19. Loeffler's stock sales transactions were completed over three dates with the last transaction being completed on March 11, just two days before the WHO's pandemic declaration.

"Senator Loeffler filed another Periodic Transaction Report (PTR) and the facts are still the same," Loeffler's spokesperson told Vox in a statement. "These transactions are consistent with historical portfolio activity and include a balanced mix of buys and sells. Her stock portfolio is managed independently by third-party advisors and she is notified, as indicated on the report, after transactions occur."