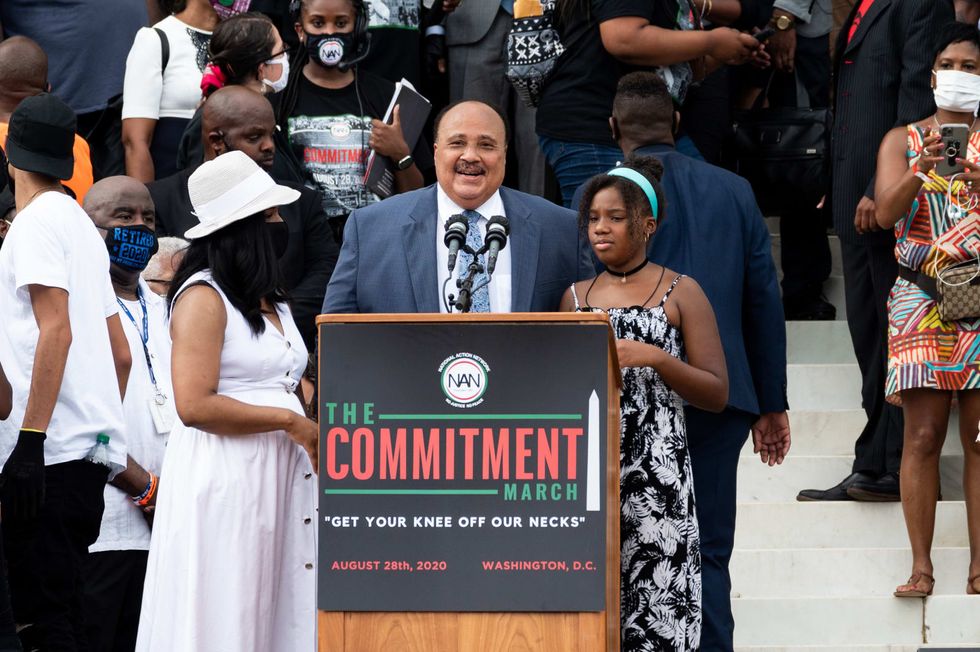 ATLANTA — Two children of the Rev. Martin Luther King Jr.'s are slamming President Donald Trump and his reelection campaign for using their father's image in a campaign ad. The 90-second ad extolls American virtues of bravery, hard work and persistence. It includes images of King and baseball legend Jackie Robinson with narration, “Impossible? We treat that word as motivation. "The only other Black images in the video are of a Black jazz band and, earlier, a masked woman walking past a boarded-up storefront, when the narration warns that “some folks want to … terrorize our communities."All of th...