International elections experts sound the alarm about Trump’s rhetoric: ‘Violence could be quite serious’ 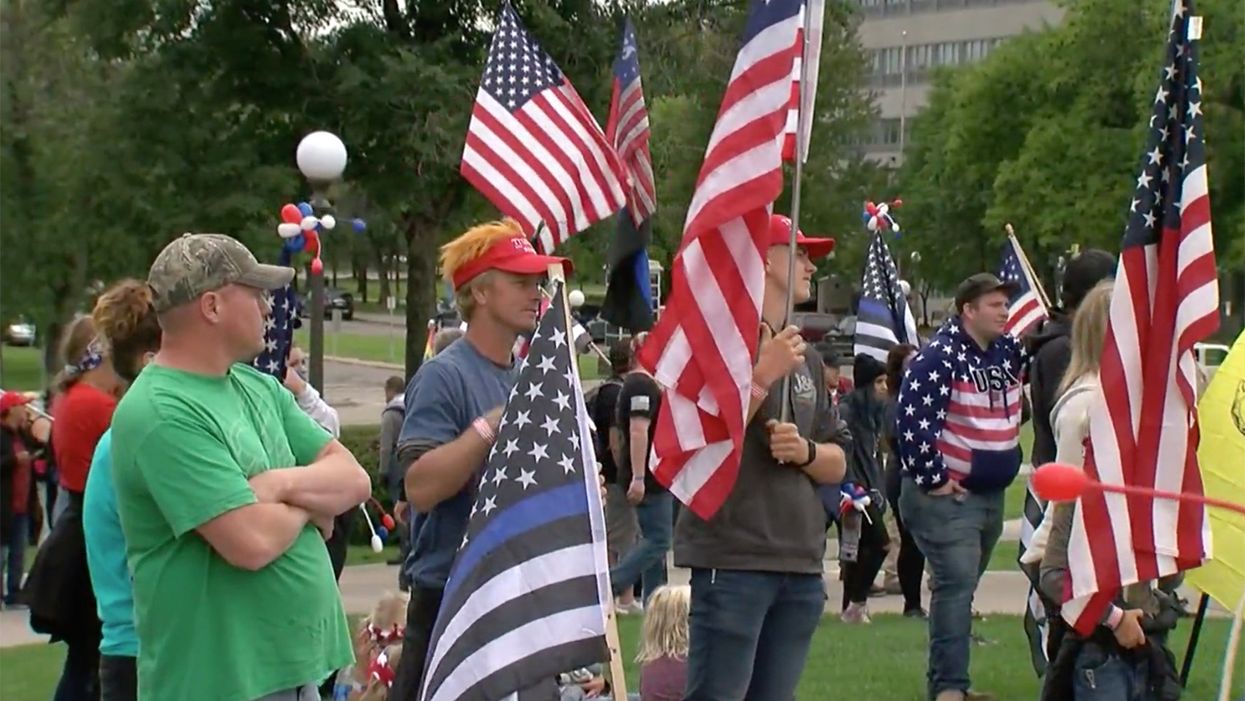 President Donald Trump's rhetoric about Democrats stealing the 2020 presidential election is raising alarms among international elections observers who say that the president could inspire his supporters to commit acts of violence at polling places.

The New York Times reports that the International Crisis Group, a nonprofit based in Belgium that monitors political conflicts around the world, is for the first time warning about violence erupting the United States over the 2020 election.

"We would never predict civil war, but isolated incidents of violence could be quite serious," said Robert Malley, who is the group's president.

Janet Napolitano, who served as Secretary of Homeland Security under former President Barack Obama, said that Trump's reckless rhetoric about recruiting an "army" of poll watchers has significantly increased the risk of violence.

"It's so concerning the president just doesn't seem to have any kind of guard rails between what he thinks at the spur of the moment and what he says or writes," she said. "We've seen it in the rise of these right-wing militia groups and it's almost as if implicitly he's giving them permission to take whatever action they want up to and including kidnapping a sitting governor."

Michigan State Representative Sarah Anthony, a Black lawmaker who now travels with armed security guards due to threats from militia groups, told the Times that many Trump supporters are taking his rhetoric about the election being stolen from them very seriously.

"Hopefully it will be peaceful, but groups like this are causing fear in my community," she said. "This is Trump's army, the same ones who will show up at our polling places."