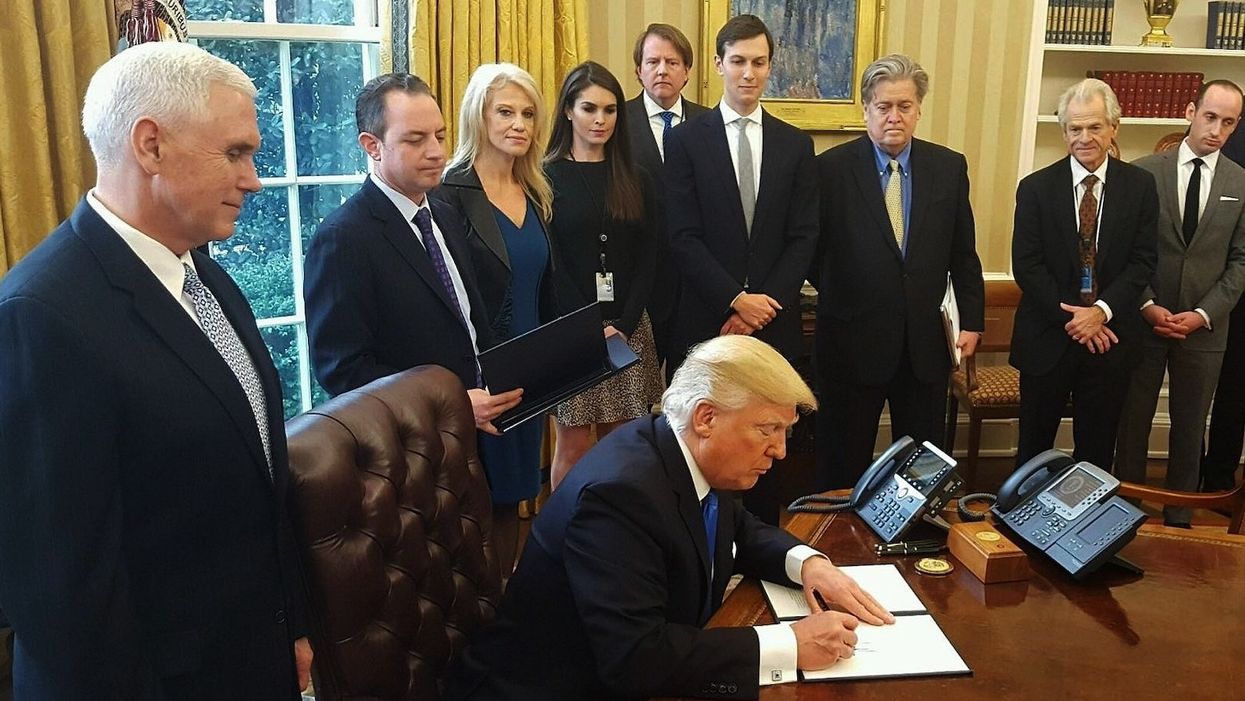 President Donald Trump testing positive for coronavirus has caused quite a shake-up in the White House as several officials and staff members will now be forced to quarantine in an effort to mitigate the spread of the virus.

As reports began circulating about Trump's White House advisor Hope Hicks testing positive, concerns were raised about the president and all of the other people who could have possibly contracted coronavirus after being in close proximity with Hicks. Not long after Hicks' results were made public, it was confirmed that Trump and First Lady Melania Trump had also tested positive.

On Tuesday, several members of Trump's administration traveled with him and Hicks to Cleveland, Ohio for the first presidential debate. During the event, Hicks and multiple members of Trump's family were seen in close proximity of each other without masks.

Then, on Wednesday, the president, Hicks White House aides, and several members of the president's re-election campaign team flew on Air Force One to Minnesota for his rally.

Now, contact tracing efforts are being made to determine who needs to quarantine and several officials and lawmakers likely fall into that category.

Contact tracing efforts come just hours after the president took to Twitter to confirm that he and his wife had tested positive for coronavirus.

He tweeted, "Tonight, @FLOTUS and I tested positive for COVID-19. We will begin our quarantine and recovery process immediately. We will get through this TOGETHER!"

Trump's positive test results have sparked a media firestorm due to his repeated attempts to downplay the severity of the virus. As of Friday morning, the president is reportedly exhibiting mild symptoms of the coronavirus.