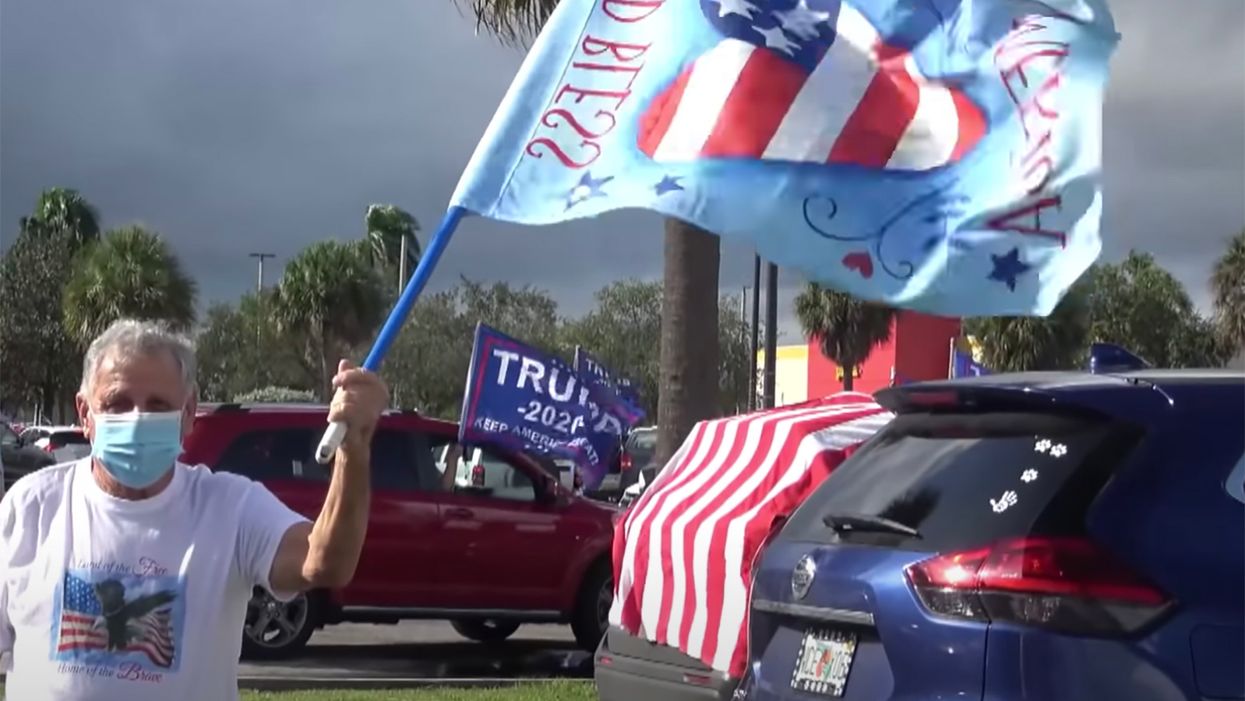 With Florida again looking pivotal in the presidential race, Donald Trump and Joe Biden have found themselves revisiting a decades-old question that could decide a crucial share of votes: What to do about Cuba?

It's a debate that many analysts thought was largely over. When President Barack Obama traveled to Havana in 2016 to “bury the Cold War" between the two countries, the tentative support of many Cuban Americans surprised even hopeful Democrats. That fall, Hillary Clinton — who had called for ending the United States economic embargo against Cuba “once and for all" — won more Cuban votes in Florida than Obama had collected in 2012.

Four years later, the Cold War is decidedly back. In a sustained barrage of punitive measures, Trump has restricted travel to the island, blocked investment and withdrawn most American diplomats from Havana. Visas for Cubans to visit or join family in the United States have been cut sharply. The administration has even begun to limit the ways Cuban Americans can send money to their relatives.

But while Cuban Americans oppose many of those specific policies, according to a survey this summer by Florida International University, two-thirds broadly support Trump's confrontational stance toward the island's Communist government.

“Ultimately, most Cuban Americans view logistical inconveniences as a small price to pay for freedom and accountability of a dictatorship that has oppressed its people for far too long," said Mercedes Schlapp, a Cuban American who served in the Trump White House and is a senior adviser to the Trump campaign.

Biden argues that the president's tough line should be judged by the results, not the rhetoric. “The administration's approach is not working," he said on a visit to Miami this month. “Cuba is no closer to democracy than it was four years ago."

Yet if recent polling holds, analysts said, Trump could win 60% of the Cuban American vote — surpassing the estimated 50% to 54% he won in the 2016 election. “Trump has gone through the roof with the poll numbers from Hispanics," the president told a group of Cuban American supporters at the White House last month. “I guess they didn't know I love you, but I do."

Even as the race in Florida has tightened, it remains to be seen whether the Cuba issue is still potent enough, almost 62 years after the revolution, to help swing the state and its 29 electoral votes; along with New York, Florida has the third-largest number of electoral votes, after California and Texas. The two-thirds of Cuban Americans who live in Florida account for only about 5% of its roughly 14 million voters. But their shifting views on American policy are again drawing outsize attention in a state that remains closely divided between the two parties.

“This clearly is a harder line" toward Cuba, said Guillermo Grenier, a sociologist at Florida International University who has overseen its surveys of Cuban American opinion for nearly 30 years.

To Miami's old guard, who fled Cuba after the 1959 revolution, Obama's attempt to promote change through closer engagement was always dangerously naive. By not conditioning his opening on human rights improvements, they argued, Obama threw then-President Raúl Castro an economic lifeline while demanding nothing in return. The regime's continued repression of political critics thereafter was entirely predictable.

Still, Democrats were confident that Cuban American demographics were shifting their way. Whatever the recalcitrance of Cuban elders, their children and grandchildren appeared less wedded to the coercive approach that had so long failed to bring meaningful change on the island. More recent immigrants — who were generally more skeptical that the government in Cuba could be dislodged and were more connected to relatives there — also supported freer travel and closer economic ties.

So, after years of growing Cuban American support for the Democratic Party, one of the most striking results of the FIU poll was the 76% of recent Cuban immigrants who reported having registered to vote as Republicans. Only 5% the respondents, who came to the United States between 2010 and 2015, said they had become Democrats; the rest described themselves as independents.

Even as the Democrats have gained ground, the Republican Party has been more active and better organized among Latinos in South Florida. Hard-liners on Cuba remain powerful across local Spanish-language media outlets. “For Republicans, it's always a home game in Miami," said Ana Sofía Pelaez, a leader of the Miami Freedom Project, a progressive Cuban group focused on social issues.

Younger, hipper Republican partisans have also begun to emerge. Among the more prominent is a kooky YouTube personality, Alexander Otaola, who left Cuba in 2003 and offers a comedic, reggaeton-infused alternative to the vitriolic talk radio that still echoes on local airwaves. Otaola has become a boisterous Trump evangelist, exhorting his audience to beware the Democrats' “socialist" tendencies.

The biggest influencer has been Trump himself. His warnings that the Democrats will deliver America to socialism, while silly to some voters, have been repeated constantly in advertising and social-media posts that target Florida refugees from Venezuela and Nicaragua as well as Cuba. The purported threat of self-described democratic socialists like Bernie Sanders and Alexandria Ocasio-Cortez has been a staple theme of that campaign, which has established at least a notional coherence between Trump's domestic politics and his bellicose stance toward leftist regimes in Latin America.

“They have been relentless," said Jose Javier Rodriguez, a Democrat and Cuban-American state senator, of the “socialism" attack. “So relentless that it has been somewhat effective."

Another big factor in Trump's success with Cuban American voters has been his willingness to show up. Trump was mocked by some critics last month when he recalled a “beautiful" award he said he had received from veterans of the failed Bay of Pigs invasion. (No such award is known to exist.) But he should hardly have to prove his loyalty to the cause. The very first stop on Trump's first foray into presidential campaigning in 1999 was the two-room Bay of Pigs Library and Museum in Miami's Little Havana, where he turned up with his then-girlfriend, Melania Knauss. “My policy," he said then, “is you have to keep pressure on Castro."

As president, Trump has tried to ratchet up that pressure. In addition to blocking tourism, investment and trade, he all but shuttered the American Embassy in Havana, citing mysterious, suspected attacks on diplomats there. Visas for Cubans to visit the United States were cut to 10,167 last year from a high of 41,001 in 2014. His administration also suspended a family reunification program that had authorized more than 125,000 Cubans to join relatives in the United States since 2007, and it sharply increased the deportation of Cuban asylum-seekers.

Cuban Americans' response to those measures has been contradictory. In the FIU poll, 71% of the respondents said the United States' long-running economic embargo against Cuba hasn't worked, yet 60% said it should remain in place. Many of them also said Washington's Cuba policy was less important to them than other issues, including the economy, health care, race relations and even China policy.

Florida Democrats admitted that they have had little success in trying to focus attention on the collateral damage to Cubans from Trump's policies. The Democrats may have done even less to argue the Obama administration's case that closer contact with the United States is the best way to push the Cuban government toward greater political and economic freedom for the island.

“I think a lot of Democrats have concluded that while there are strong intellectual arguments for those initiatives, politically they just don't pay off," said Carlos Curbelo, a former Republican congressman from Miami.