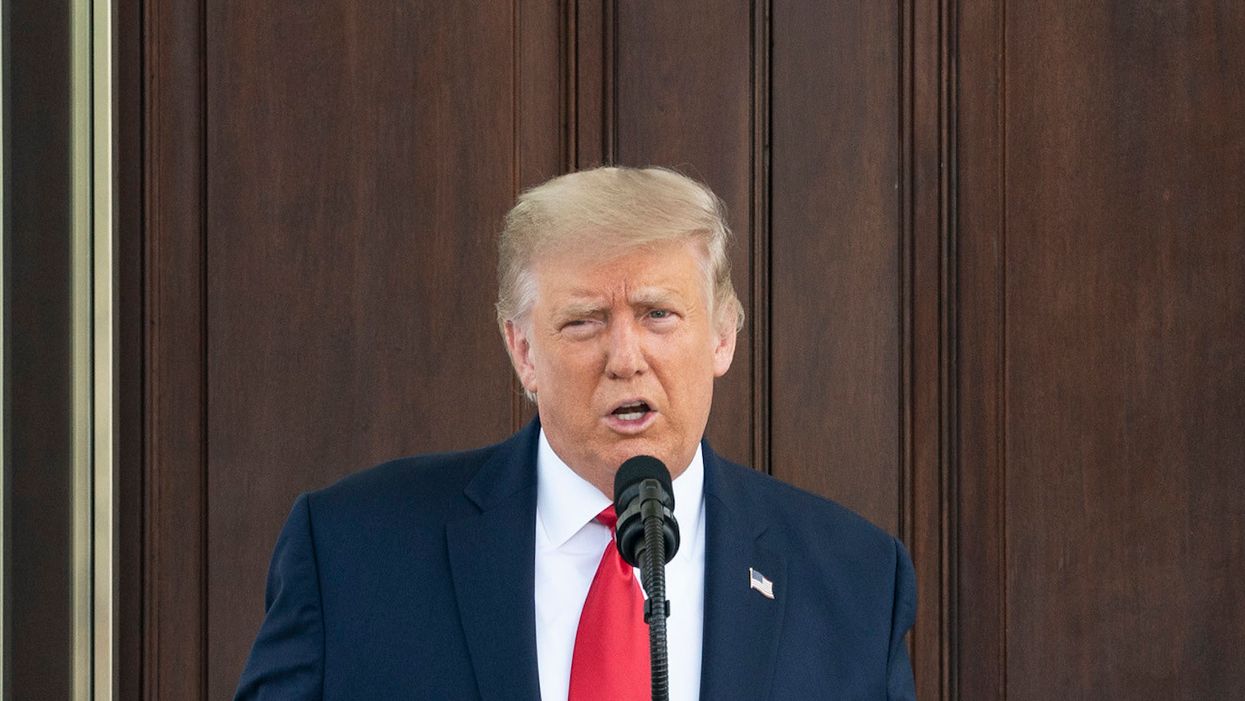 Nick Miclaus realized just how much his Goodyear colleagues appreciated rigorous COVID-19 safety measures when they started recommending them to friends and family working at other companies.

Yet Miclaus, the United Steelworkers (USW) safety coordinator for Goodyear plants across the U.S., knows that his efforts to protect workers from the coronavirus and other dangers hang in the balance because of Donald Trump.

As Trump wielded his office on behalf of corporations seeking greater deregulation and higher profits, American workers increasingly struggled to safeguard themselves not only against COVID-19 but the everyday hazards that kill, sicken and maim them while callous employers look the other way.

The federal government long ago created various agencies to protect workers' rights and safety. But Trump turned them into appendages of corporate America, hamstringing inspectors and other dedicated experts who want to do their jobs as effectively as they did in the past.

Trump's Environmental Protection Agency, for example, rolled back rules requiring chemical-related companies to take proactive steps to protect workers and the public from chemical disasters and to comprehensively investigate deadly incidents when they occur.

It also failed to thoroughly evaluate the risk of dangerous chemicals used at job sites, helping employers cut corners on safety while exposing workers to substances that could sicken or kill them decades down the road.

"They can't enjoy their retirement because they're fighting an illness that could have been prevented," Miclaus said of the potential long-term impact.

Under Trump, the Occupational Safety and Health Administration (OSHA)—the agency ostensibly responsible for workplace safety—left workers to fend for themselves long before the pandemic struck.

The Trump political cronies running the agency let key vacancies go unfilled for years, and the number of OSHA inspectors dropped to 1975 levels even while America's workforce continued to expand.

As vigorous enforcement plummeted, deaths increased. OSHA added insult to injury, removing a list of workplace fatalities from its homepage and burying a less-detailed record of deaths deep in its website.

"Before, OSHA was good to lean on when a company wasn't being a good actor," recalled William Wilkinson, president of USW Local 560, which represents about 1,400 workers at the Bobcat plant in Gwinner, North Dakota.

But now Wilkinson has difficulty just getting OSHA to respond to concerns. "They're not there anymore," he said. "They're nonexistent. They're hand in hand with the companies."

When the pandemic hit, the USW and other unions repeatedly demanded that OSHA implement an emergency, temporary infectious disease standard. A standard would require all employers to take consistent, commonsense steps to slow the virus' spread. Instead, the agency let companies do as little as they wanted, even as infection rates across the country skyrocketed.

Just as Miclaus did at Goodyear, Wilkinson ensured that Bobcat provided hand sanitizer, adopted social-distancing practices and took other precautions to protect workers. But now, Trump's corporate-rigged National Labor Relations Board wants to silence them and other workers who advocate for safety.

Peter Robb, the career union buster whom Trump handpicked to be the NLRB's general counsel, sided with a nursing home that fired three workers just because they called out COVID-19 lapses that threatened their colleagues and patients.

A longtime corporate lawyer, Robb also determined that employers have no obligation to bargain over new health and safety issues in the middle of a contract—even when a pandemic creates life-threatening conditions that couldn't have been anticipated during regular negotiations.

Wilkinson was fortunate to have won COVID-19 safety measures for his coworkers before Robb's determination. Otherwise, Wilkinson observed, "we would have gotten nothing" from Bobcat.

"The NLRB is no friend of workers anymore," he observed. "They're clearly for the companies."

It isn't just OSHA and the NLRB that let workers down.

Twice a year, the Mine Safety and Health Administration (MSHA) inspects the mines on Minnesota's Iron Range. Miners—and their families—long took comfort knowing that outside experts not only diligently worked to identify problems but had the authority to require safety improvements.

But USW Local 1938 President Steve Bonach, who represents about 1,300 workers at U.S. Steel's Minntac mine, said those inspections seem less thorough since Trump took office. And instead of defending citations, MSHA often backs down when the company challenges them.

"Trump basically lowered the boom on them," Bonach said of MSHA, noting the company exploits the Trump administration's pro-corporate stance by challenging more citations than it did in previous years.

Bonach worries that Trump will cut MSHA's budget even though the agency already needs more resources than the administration currently provides.

Once he no longer needs workers' votes, Trump will feel free to ramp up his deregulation campaign, just like greedy corporations desperately want.

And workers will pay with life and limb.

Miclaus, for example, worries that OSHA will water down a "lockout/tagout" standard that spells out the procedures companies and workers must take while servicing certain kinds of equipment.

Right now, that standard saves an estimated 120 lives and averts about 50,000 injuries each year.

But if the agency eases the requirements—or gives employers the option of using best practices instead of insisting they follow them—many corporations will take shortcuts and put workers at risk.

"I can see more people getting very seriously injured and killed with the weakening of this standard," Miclaus said. "That's very concerning."