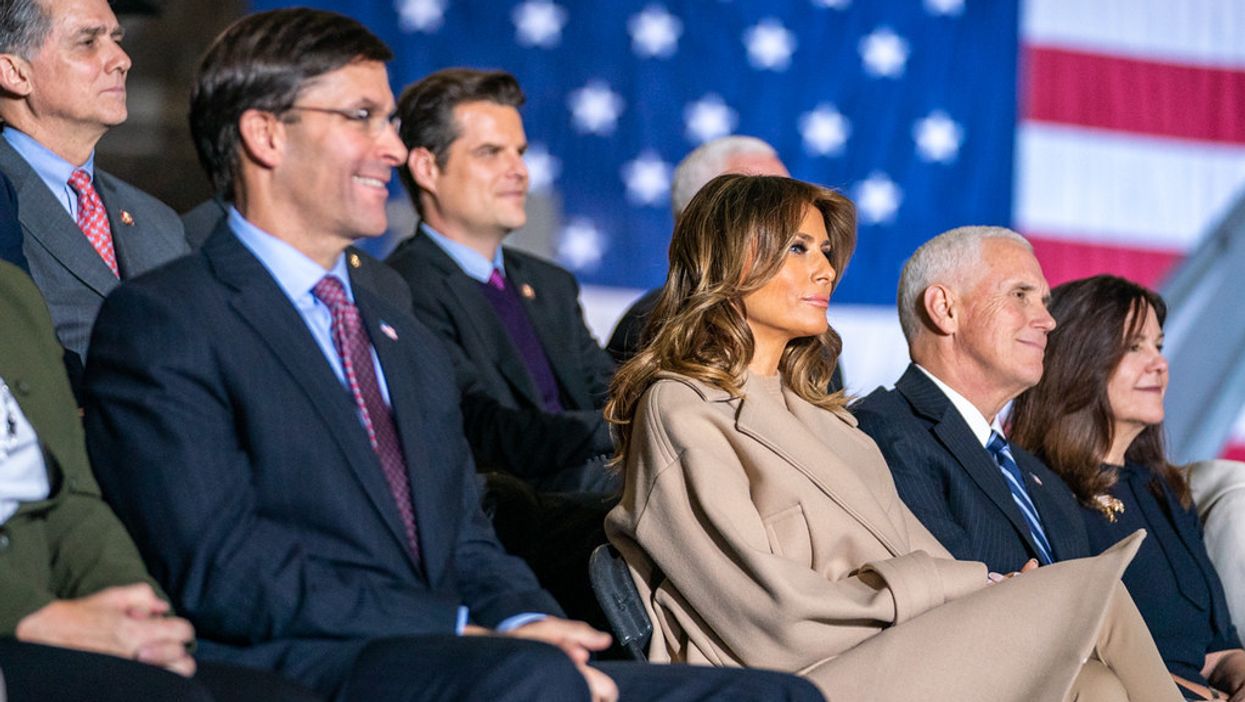 Donald Trump's late night tweet that he and his wife have contracted COVID brings to mind the word "hope" in four ways, all of them tests of the character of Americans.

First, we should hope he is telling the truth. Trump lies so often and easily that this could just be an excuse to hide from further debates with Joe Biden.

If it seems hard to imagine that Trump would lie about the pernicious virus that has killed more than 208,000 Americans just think about the more than 20,000 lies he has told since becoming our president. Sadly, Donald can never be trusted.

Second, we should hope that Trump and his much younger wife recover fully and are healthy again well before Nov. 3. America needs a clean referendum on Trump's presidency, not a vote about an ailing or even dead man.

Trump will lose the popular vote by at least 16 million ballots, hopefully by more than 20 million. Our democracy needs an unambiguous rejection of Trump. And voters need to disentangle themselves from his smack of moral jellyfish -- the blind, spineless Republicans who abandoned principle and their oath to defend our Constitution to toss themselves into his waves of political chaos.

Third, we should hope that Trump lives at least as long as his crooked father, who died at 93. The president should experience his just desserts for a life of white-collar crime capped by his efforts to destroy our democracy just to serve his insatiable lust for money and his pathetic need for adulation.

Fourth, we should hope that as Trump endures the coming humiliation that he so richly deserves that the next administration doesn't let bygones be bygones. A Biden administration should offer leniency for those who confess fully and cooperate even as it vigorously prosecutes every single appointee who broke laws for Trump, criminal actions that threaten our health, our safety and most of all our liberty.

Even if Trump dies, the next president should not shirk from his duty to hold these domestic evil doers to account, he should not make the awful political and policy mistake Barack Obama made when he let corrupt bankers who brought down our economy a dozen years ago continue on their way because he feared it would interfere with restoring the economy.

No one should wish that Trump will, like his grandfather Frederick a century ago, become a pandemic victim. To think that way is be as immoral as Donald. Don't lower yourself. Awful and damaging as Trump has been, follow the ancient wisdom in Luke 6:31. "Do to others as you would have them do to you."

That Trump has never lived the Biblical Golden Rule speaks to his lack of character. Do not let his moral corruption infect your character. Be better. Be best.

Wishing death or illness on anyone conjures up the worst of human nature. We will not, we cannot, ever make America what it could be -- a society that ennobles free human spirit to become the best that our species can attain -- until we cleanse our own souls.

For America to endure we must actively embrace only good will towards all, even the vile Donald Trump.

That does not mean that we tolerate Trump's criminal conduct as a private citizen or while in office. We should show with our votes that giving succor to white supremacists, abusing the children of asylum seekers, letting polluters endanger us all, and signing a tax law that takes from the many to give to the rich few are un-American, indeed they are anti-American.

To live long and prosper as a nation, to live free, we must judge others as we would have them judge us. To do that we must develop both critical thinking skills and our moral character, a job that starts in the home and should continue in our schools, public and private. Then as adults we must apply our knowledge, always with caution because facts change, unlike principles.

We must hope that the ideas of the Enlightenment which inspired our revolution 244 years ago survive the manipulations by ideological marketing organizations which employ advertising techniques to sell us the political equivalent of fast food. We need reasoned and rational debate rooted in facts, not mindless chants like "lock her up" and attacks on journalists as enemies of the people.

We must hope that once we transition to back to normalcy that we will not forget the nightmare Trump has created. We must begin to grow into a better America, an idea and a society that will endure and inspire the whole world.

We must begin a never-ending search for the best possible leaders, women and men who we can trust to faithfully defend our Constitution, to at long last establish equal justice for all and to hold true to the principle that ours is a nation of laws, not men.