‘He let his guard down’: GOP senator criticizes Trump on COVID-19 as the party takes a hit 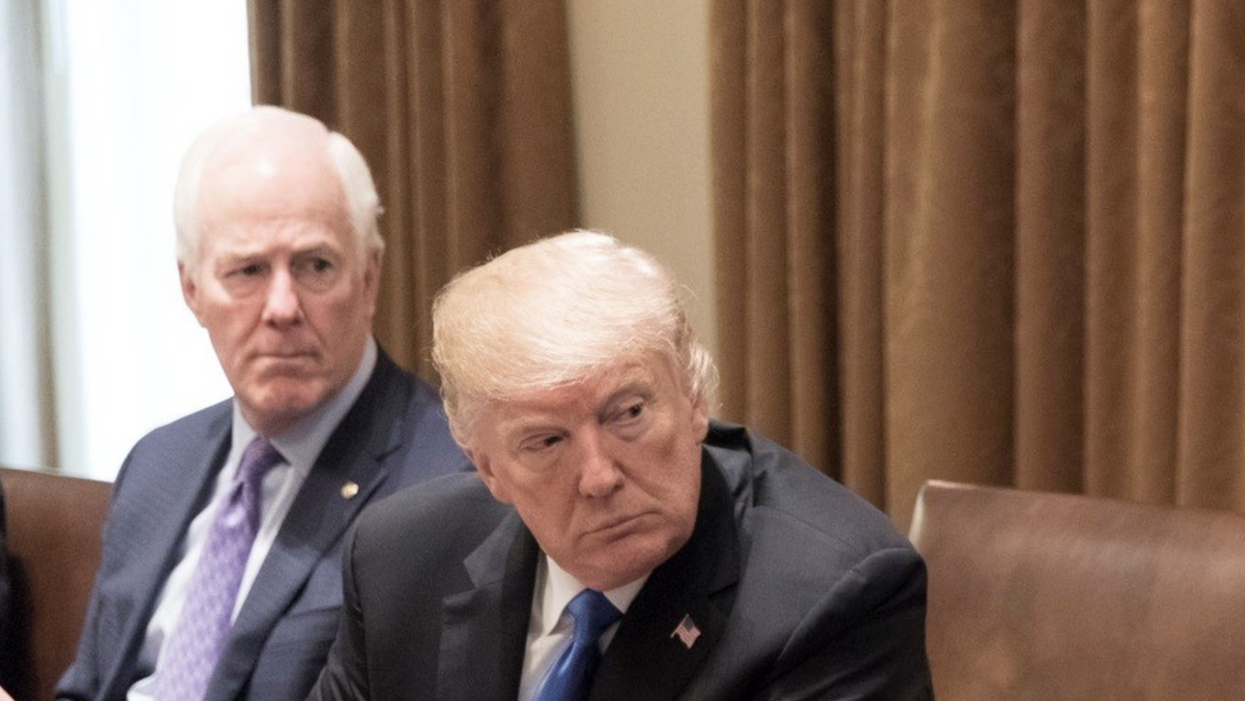 Many Republicans are afraid to publicly criticize President Donald Trump, who was hospitalized at Walter Reed Military Medical Center in Bethesda, Maryland after testing positive for COVID-19 last week. But Republican Sen. John Cornyn was overtly critical of Trump's response to the pandemic during an interview with the Houston Chronicle, essentially acknowledging the president's carelessness.

Cornyn told the Chronicle, "I think he let his guard down, and I think in his desire to try to demonstrate that we are somehow coming out of this and that the danger is not still with us — I think he got out over his skis. And frankly, I think it's a lesson to all of us that we need to exercise self-discipline."

Reporter Benjamin Wermund notes that the Texas Republican made that comment when the Chronicle asked him about "Trump rarely wearing a mask, holding Make America Great Again rallies and hosting a Supreme Court nomination ceremony at the White House where at least eight people, including two senators — who have since tested positive for the virus — were in attendance."

The prominent Republicans in Trumpworld who have tested positive for COVID-19 range from the president's long-time adviser, Kellyanne Conway, to Republican National Committee Chair Ronna Romney McDaniel to former New Jersey Gov. Chris Christie to Trump's campaign chairman, Bill Stepien. So far, Vice President Mike Pence and former Vice President Joe Biden have not testified positive for the novel coronavirus, although Biden appeared on a debate stage with the president only a few days before he tested positive, and Pence has been around the president frequently.

Cornyn spoke to the Chronicle during his reelection campaign. In light red Texas, the incumbent senator is being challenged by Democrat M.J. Hegar — who is trailing Cornyn in polls, but mostly by single digits. Polls released during the second half of September found Cornyn ahead of Hegar by 2% (Data for Progress), 5% (CBS News/YouGov), 6% (New York Times/Siena and Morning Consult) or 8% (Quinnipiac).