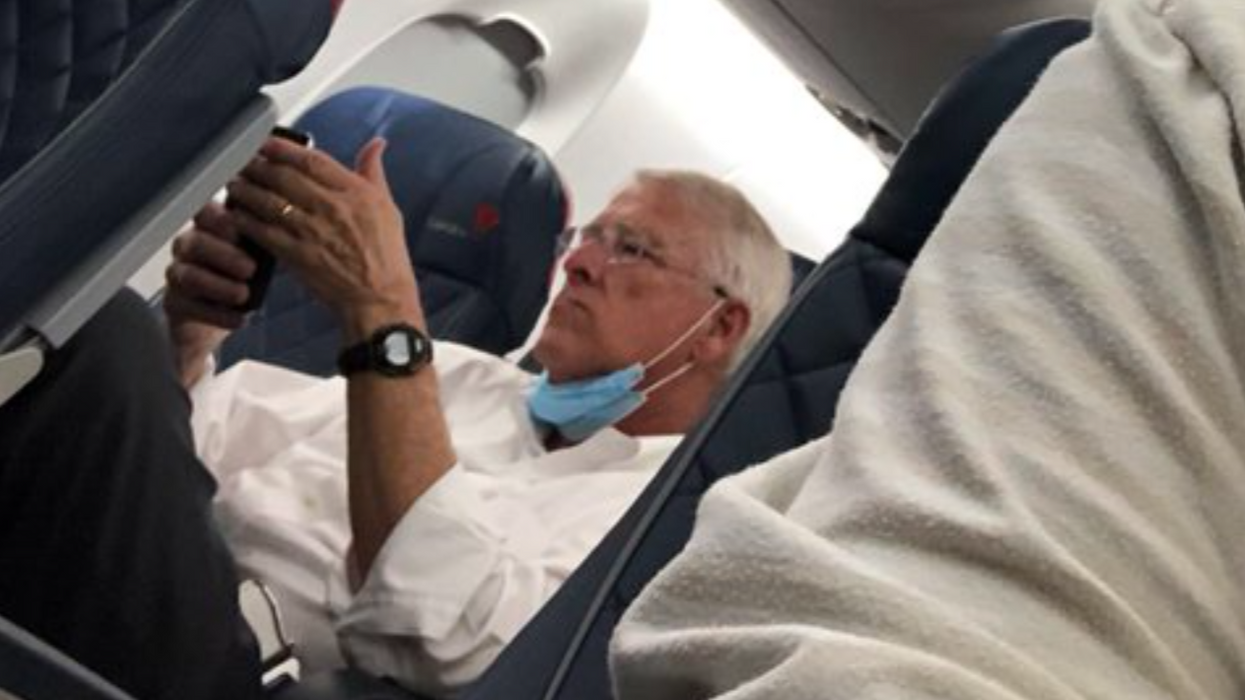 The chairman of the Senate Committee on Commerce, Science, and Transportation is at the center of scrutiny as a result of his failure to adhere to the rules his own committee enforces.

Amid all that occurred over the weekend — including President Donald Trump's positive COVID-19 test results and his hospitalization at Walter Reed Medical Center, in addition to several White House staffers and multiple Republican senators also testing positive for the virus — Harringer shared the photo as he demanded that Wicker make his test results public since he could have possibly exposed passengers on that flight to coronavirus.

He tweeted, "I've seen enough Republican senators test positive to tweet this photo. @SenatorWicker — because you refused to wear a mask on our @Delta flight last night, please let your fellow passengers know your status once you've been tested."

"It's incredibly upsetting to see people like the senator act like this is no big deal," Harringer said. "I don't know if he's lost anybody he loved, but when you lose somebody you love, you get upset about people not wearing masks."

As the photo began circulating on Twitter, Delta also reached out to Harringer saying, "Nothing is more important than the health and safety of our people and our customers. We take our mask policy seriously and are investigating this incident."

@MattHarringer Hello Matt. Nothing is more important than the health and safety of our people and our customers. We… https://t.co/M7B29yQiAl
— Delta (@Delta)1601703459.0

Despite Harringer and other passengers' concerns, a representative from Wicker's office released a statement in his defense as insisting the senator had not attended any of the recent White House events.

"Senator Wicker lowered his face mask to eat a snack and forgot to put it back up. When he was reminded by a flight attendant, he put the mask back up," Wicker's office said. "He did not attend any recent events at the White House and has not been in contact with any of the individuals who have tested positive for COVID-19 in recent days."