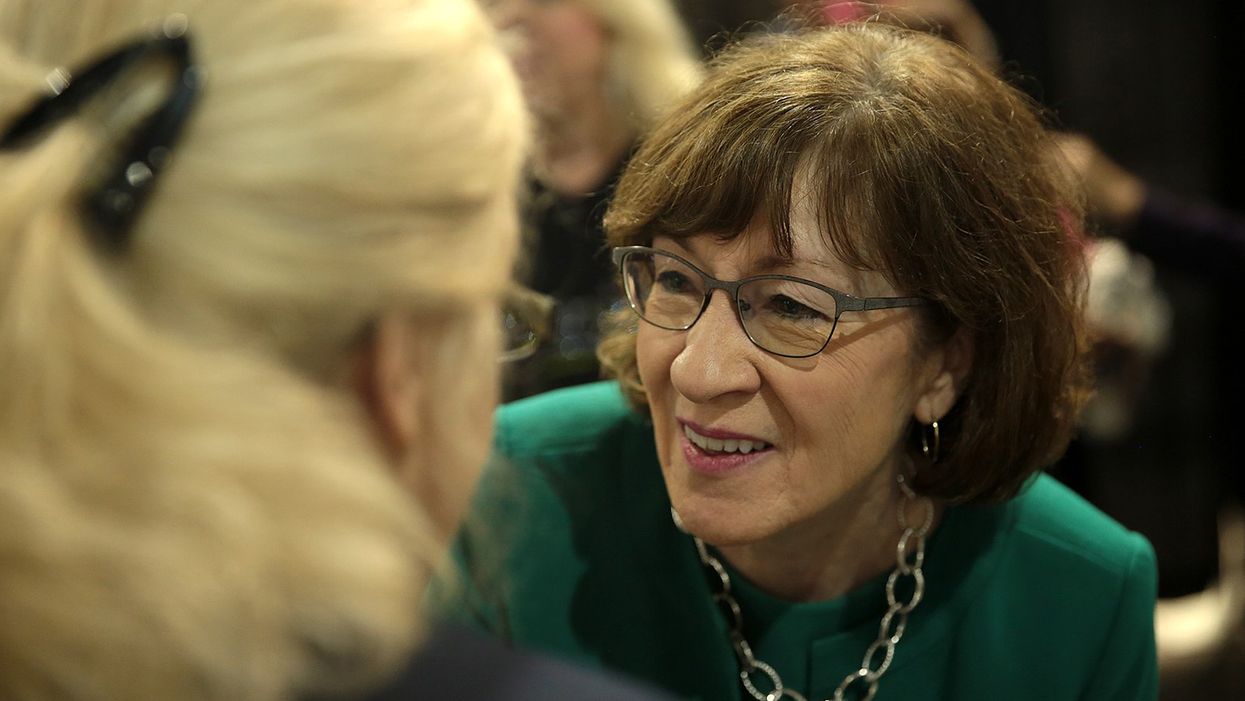 Amid tight financial straits and a narrowing electoral map, the official Senate election committee of the Republican Party restructured a $20 million loan so it could withdraw a $6 million line of credit, according to an FEC filing submitted on Tuesday.

The National Republican Senate Committee (NRSC), the national GOP organization dedicated to supporting Republican candidates for Senate, took out the new line of credit from Chain Bridge Bank. For collateral, the group put up its deposit accounts but apparently had to augment those with its donor list, which together were valued at $39.3 million, the filing shows.

While Tuesday's filing shows the NSRC took out the original loan March 18, 2020, it also appears to be the only record of it. The committee did not include the loan in its monthly report from March, and its financial summary does not show any loans at all over the last two years. The group reported payments on a prior line of credit from the same bank in 2019.

"I'm thinking the NRSC is going to get a letter from the FEC asking why this loan wasn't disclosed earlier," campaign finance expert Brett Kappel told Salon. "Of course, given where the election cycle is, that won't happen until after the election."

Republican purses have become strained as Senate races tighten across the country, with Democratic candidates exploiting national dissatisfaction with the Trump administration to expand the map of flippable states. Democrats once pinned their hopes on a few toss-up states in the early months of 2020, but now Republican incumbents in conservative strongholds like Georgia, Montana, and South Carolina — plus Alaska and Texas — have had to field competitive races. Democrats are now favored to take back the Senate, according to election experts.

That wave has put new pressure on Republicans to preserve whatever down-ballot seats possible. Where the NRSC was once able focus spending on a handful of vulnerable candidates — Susan Collins in Maine; Cory Gardner in Colorado; and Martha McSally in Arizona — funds have diluted as Democrats expanded the map.

For instance, longtime incumbent Sen. Lindsey Graham, R-S.C., whose 2014 campaign set fundraising records, has been outraised by Democratic rival Jaime Harrison, who has so far drawn more than $58 million in his bid to flip the Palmetto State seat.

Graham has used a number of recent Fox News appearances to beg for money as he plays defense. Last week, the Republican appeared to have violated both federal campaign finance laws and Senate ethics rules when he stumped for cash in the halls of the upper chamber after a confirmation hearing for Supreme Court nominee Amy Coney Barrett.

The NRSC gave the Graham campaign $44,600 at the end of September before it withdrew the new line of credit, according to filings. Four other candidates received committee funds that month, all of them in that amount: Bill Cassidy in Louisiana; John Cornyn in Texas; Mark Ronchetti in New Mexico; and Tommy Tuberville in Alabama.

The GOP has also tapped other ways to channel money from megadonors who have maxed out their allowable contributions through what experts described to Salon as a legal form of money laundering.

The Republican National Committee (RNC) can disperse funds to races across the country as needed, but individual donors can only give the RNC so much. However, megadonors can give over the limit by "washing" bundled contributions through state parties first, a process the FEC does not technically view as a direct individual contribution.

For instance, billionaire casino mogul Sheldon Adelson and his wife, Miriam, each maxed out their annual limit to the RNC in February. They also gave $10,000 to Trump Victory, a joint fundraising committee between the Trump campaign and RNC, the same month. However, if Trump Victory had sent that money from its account straight to the RNC, the RNC would have had to refund the Adelsons.

But Trump Victory has a way around that, by holding on to the money and later washing it through an affiliated state party — and on Sept. 4, it did just that.

Trump Victory smuggled $701,697 to the RNC through the Michigan Republican Party, also on Sept. 4.

The committee's filings show it moved millions of dollars to the RNC this way, through 20 other state Republican parties — all on the same day.