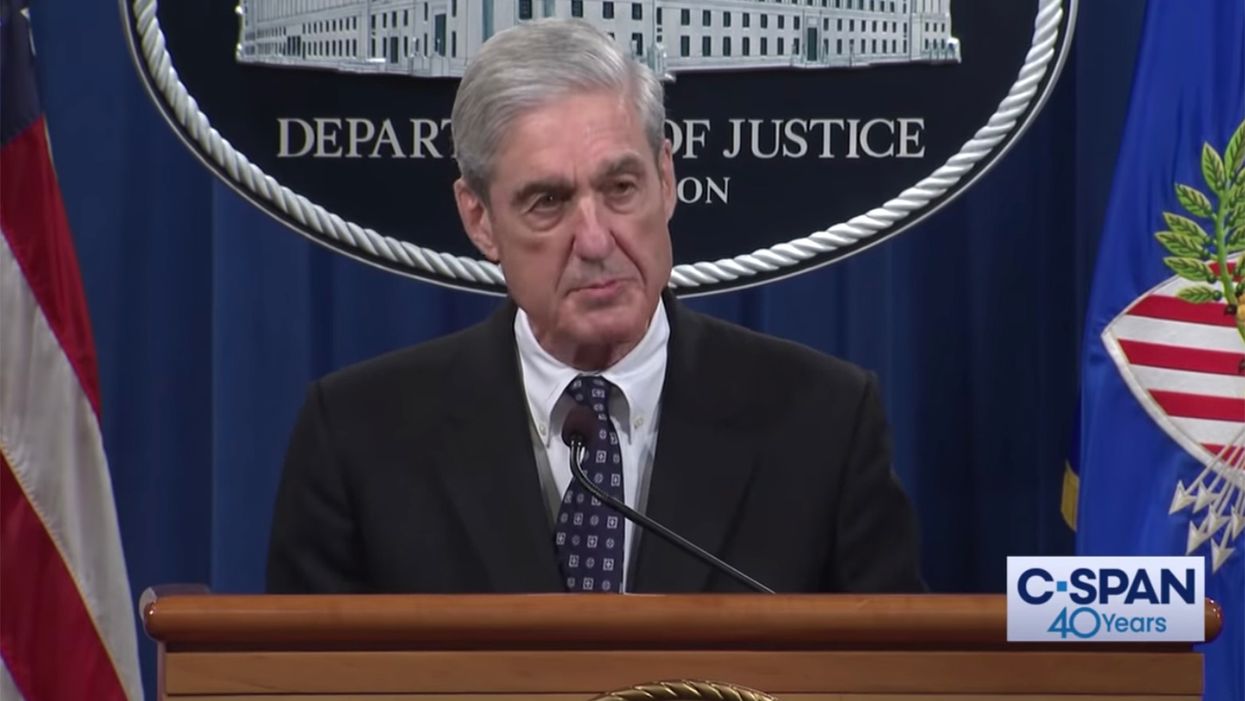 Although the U.S. Department of Justice under Attorney General William Barr publicly released the Mueller report on April 18, 2019, it has only been available to the public in redacted form. But on Wednesday, Judge Reggie Walton ruled that parts of the Mueller report were improperly redacted by Barr — and Walton has ordered the DOJ to release those parts of the report before Election Day.

According to BuzzFeed News, those parts of former Special Counsel Robert Mueller's final report for the Russia investigation appear to deal with, among other things, Russian hacking of Democratic National Committee e-mails in 2016 and the Trump campaign's interest in those e-mails.

The 71-year-old Walton's ruling is in response to a legal complaint filed by BuzzFeed's Jason Leopold, who has been arguing that Barr redacted the Mueller report improperly. Walton ordered some redacted portions of the Mueller report to be released by Monday, November 2, which is the day before the election.

Leopold and his BuzzFeed colleague Ken Bensinger report: "The ruling and an accompanying order mean the Justice Department will be obliged to unveil at least 15 previously blacked-out pages from Volume 1 of Special Counsel Robert Mueller's 448-page report on the investigation into Russian interference in the 2016 election, on or before November 2. In addition to charging decisions, those pages appear to involve discussions related to the hack of e-mails from the Democratic National Committee in early 2016 and the Trump campaign's interest in those documents when WikiLeaks released them that June."

Leopold and Bensinger note that Walton "rendered his decision in response to an 18-month legal challenge by BuzzFeed News and the advocacy group Electronic Privacy Information Center (EPIC) to unredact the entire Mueller report under the Freedom of Information Act."

Walton has been highly critical of Barr's response to Mueller report, which Robert Mueller gave to Barr in March 2019 after completing his extensive Russia investigation. Earlier this year, in March 2020, Walton argued that Barr "failed to provide a thorough representation of the findings" of the Mueller report and wondered if Barr had made a "calculated attempt to influence public discourse" about Mueller's investigation in favor of Trump.

Robert Mueller, now 76, had a long history with the U.S. Department of Justice. Before being appointed special counsel for the Russia investigation, Mueller served as director of the Federal Bureau of Investigation.