‘Enormous discontent’: Trump’s 'dereliction of duty' on coronavirus could be his downfall in Iowa 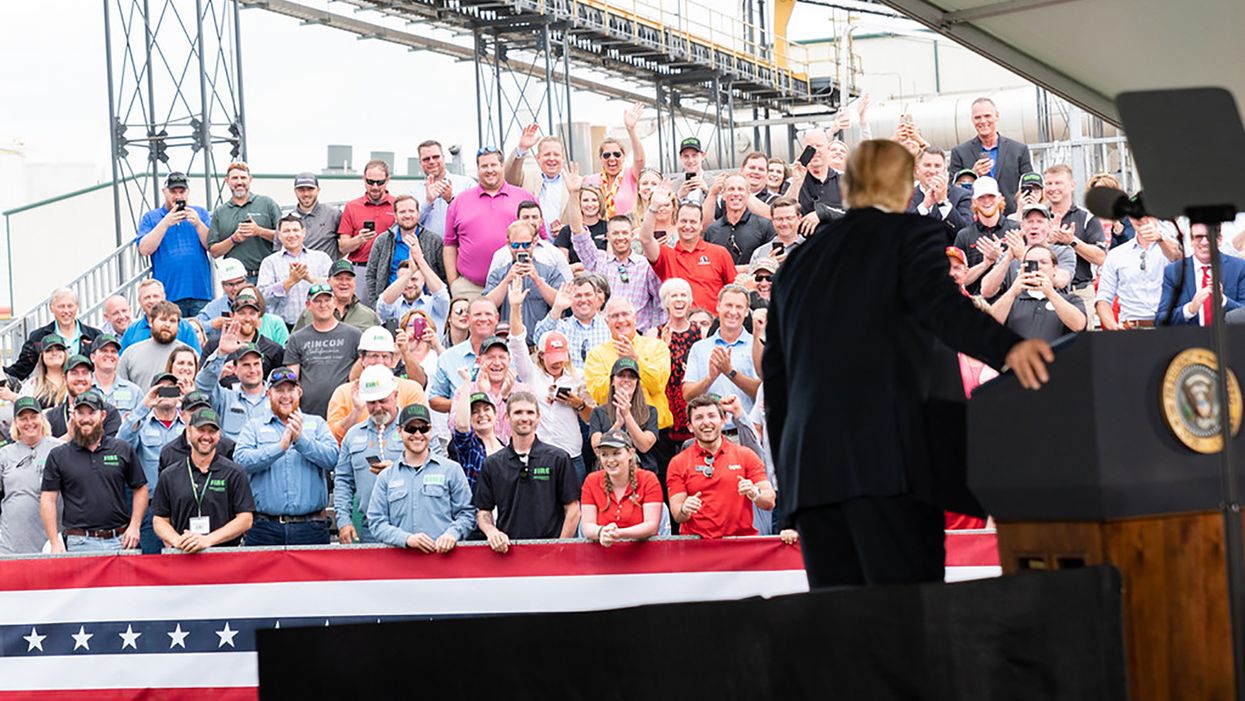 Iowa, a state that President Barack Obama won decisively in both 2008 and 2012, was a major disappointment for Democratic presidential nominee Hillary Clinton in 2016 when President Donald Trump won the state by 9%. In 2020's presidential race, however, polls are showing that Iowa is very much in play for former Vice President Joe Biden. Reporter Adam Edelman, in an article published on NBC News' website on October 11, takes a close look at Trump's struggles in Iowa — which, Edelman explains, have a lot to do with the misery that COVID-19 has been inflicting in the midwestern swing state.

Journalist Davide Yepsen, who spent 35 years covering Iowa politics for the Des Moines Register, told NBC News, "People here went for Trump in 2016 because they wanted a disruptor candidate, but I don't think they wanted an utter chaos candidate — and that's really what he's become this year with the pandemic. It's come into particular focus recently with him getting sick and actually spreading it himself."

NBC News interviewed 20 different Iowa voters — from registered Democrats and registered Republicans to independents — and according to Edelman, those interviews "reveal enormous discontent with the president's handling of the COVID-19 pandemic."

One of the voters interviewed was Democrat John Gilbert, who is now his seventies and runs a family farm in Iowa Falls. Gilbert told NBC News why he is voting for Biden, explaining, "Everybody here now knows somebody who's gotten sick or even died. I've had some associates who passed away, and the fact that we know now that the president knew about the severity so early, it really puts it all on him."

Edelman notes that "confirmed COVID-19 cases in Iowa have been steadily rising since the summer, with a huge spike happening in September" — and that "over just the last week, the state has seen the seventh most confirmed cases in the United States and the eighth most coronavirus-related deaths per 100,000 people." The NBC News reporter also points out that according to a recent Quinnipiac poll, 51% of Iowa voters disapprove of Trump's response to the pandemic.

Tim Hagle, an associate professor of politics at the University of Iowa, told NBC News that many Iowa voters are feeling "exhausted with" Trump. According to Hagle, "The feeling that he's been acting unpresidential has really begun to stick with voters here at exactly the wrong time for him."

A Quinnipiac poll released on October 7 found Trump trailing Biden by 5% in Iowa, while a CBS News/YouGov poll released four days later on October 11 found the presidential race to be a dead heat in that state (which has six electoral votes). Another statewide race that is very much in play for a Democrat, according to polls, is Iowa's 2020 U.S. Senate race. Recent polls have found Democrat Theresa Greenfield ahead of incumbent Republican Sen. Joni Ernst by 4% (CBS News/YouGov) or 5% (Quinnipiac). Those polls indicate that Trumpism is hurting Ernst in Iowa just as it is hurting other incumbent GOP senators in swing states, such as Arizona's Martha McSally, Maine's Susan Collins and Colorado's Cory Gardner.

Gilbert is clearly frustrated with Trump's coronavirus response, and he isn't the only Iowa voter who feels that way.

"It's all just so despicable," Gilbert told NBC News. "How Trump's failed on this is really a dereliction of duty. We need to hold him accountable."