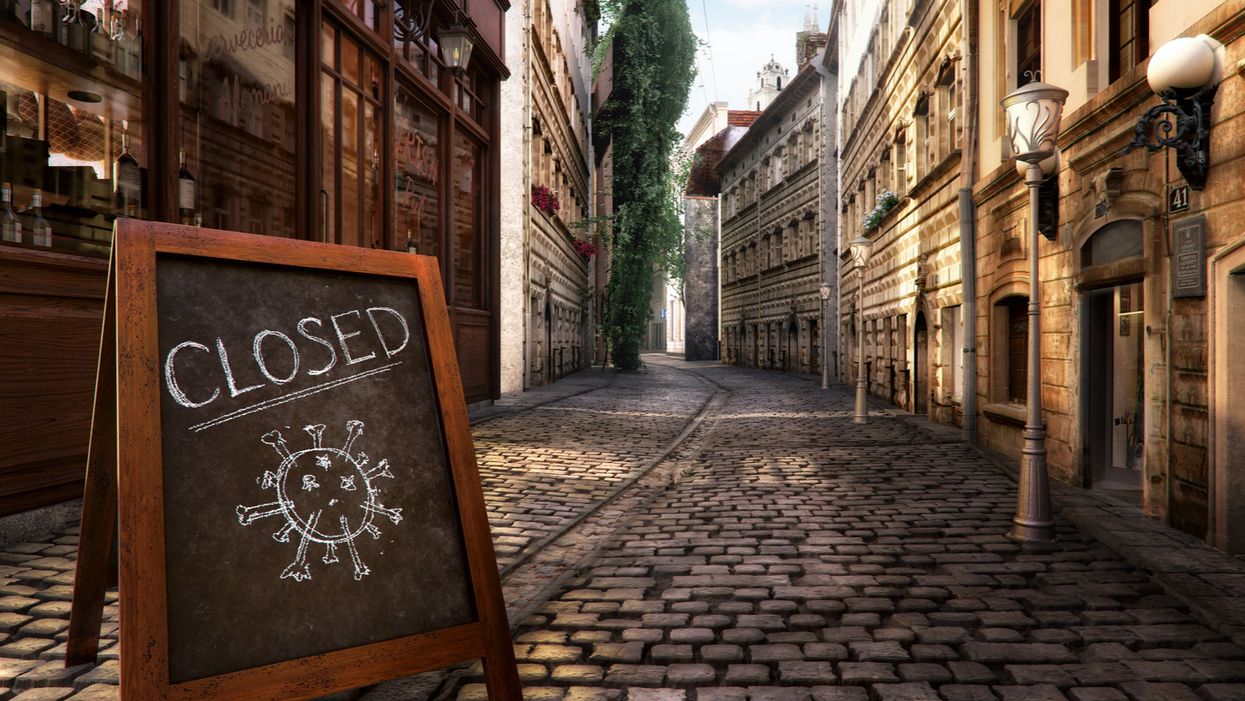 With the federal Bureau of Economic Analysis set to release third-quarter economic growth estimates Thursday that are expected to show a historic surge in GDP following the worst contraction on record in the previous quarter, experts and Democratic lawmakers are sounding the alarm about President Donald Trump's election-minded efforts to portray the deceptive numbers as proof that the economy is roaring back under his leadership.

Even though the numbers have not yet officially been released, the Trump reelection campaign is already running Facebook ads touting the "fastest GDP growth in history" and celebrating the "Great American Comeback" that the figures supposedly show.

But several economists and analysts have warned in recent days that the new BEA statistics will likely paint a highly misleading picture of the economy, which remains mired in deep recession as the coronavirus continues to spread and Congress fails to approve additional relief spending, leaving tens of millions of jobless and hungry Americans without desperately needed assistance.

The BEA is expected to peg third-quarter GDP growth at over 30% at an annualized rate—a figure that would be staggering if it didn't come on the heels of the worst GDP drop in U.S. history in the second quarter.

"Some basic math and data can help pierce through the mirage," economist and Brookings Institute fellow Jay Shambaugh wrote in a blog post Monday. "One reason 30 percent growth doesn't mean the economy is healed stems from how percentage changes work when going down and then up. If you own a stock priced at $100 and it drops 30 percent, it is now worth $70. If it gains back 30 percent, it is then worth $91 (the gain is just $21 because 30 percent of 70 is 21)."

"In the same manner," Shambaugh continued, "the large drop in output in the second quarter followed by similar sized increases in the third quarter will still leave a large hole."

Dean Baker, senior economist at the Center for Economic and Policy Research, noted Tuesday that "the economy would have to grow at a 53.3 percent annual rate in the third quarter to make up the ground lost in the first and second quarters."

Given that the BEA figures are likely to be among the last major economic indicators released ahead of the November 3 election, the Trump campaign has rushed to seize upon the numbers and the president is all but certain to hail them upon their release Thursday morning.

In a brief report (pdf) released Wednesday ahead of the new BEA statistics, Democrats on the Joint Economic Committee said Thursday's numbers "will not fully reflect the worsening public health crisis."

"Instead, on the surface, it will appear to suggest a dramatic economic turnaround," the committee says. "However, even record-breaking third quarter real GDP growth of 30%-35% will leave the U.S. economy substantially smaller than when the year began."

The Trump campaign's touting of the GDP figures as evidence of a booming economic recovery also ignores the deteriorating material circumstances of countless Americans as millions remain unemployed and struggle to afford food, rent, and other basic expenses.

Rep. Don Beyer (D-Va.), vice chair of the Joint Economic Committee, said in a statement Wednesday that "Republicans' failure to reauthorize unemployment supports is a catastrophic mistake that threatens to engulf the personal finances of millions of families."

"The economic calamity threatening American households is largely self-inflicted, and will get even more dire unless Congress takes bipartisan action soon," Beyer added. "We are no longer talking about stimulus, we are talking about life-preservers for millions people who have been terribly hurt and face worse personal tragedy."