Coal miners turn their backs on Trump over failed promises: ‘I don’t care to listen to him anymore’ 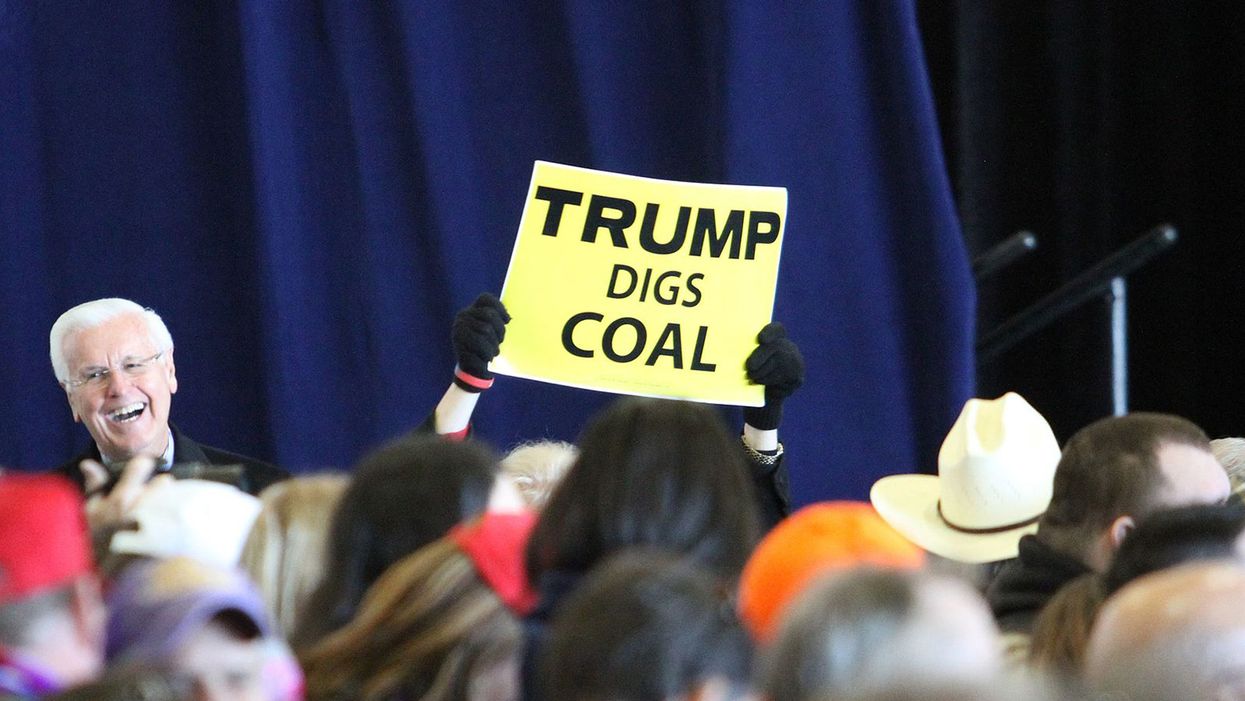 In a deep dive by the New York Times into how coal miners have fared under Donald Trump, the president was blistered for making promises he didn't keep as the industry continues to collapse and miner unemployment soars.

During his 2016 campaign, the president made revitalizing the coal industry a large part of his populist appeal in the all-important Rust Belt, even though coal has been displaced by natural gas in recent years with Foreign Policy reporting, "Natural gas is today the biggest single source of fuel for America's power plants."

Nonetheless, the president pushed coal ("Trump digs coal") while claiming, "We're going to put our miners back to work."

As the Times notes, the president opened the doors to coal industry insiders to join his administration, reporting, "Despite Mr. Trump stocking his administration with coal-industry executives and lobbyists, taking big donations from the industry, rolling back environmental regulations and intervening directly in cases like the Arizona power plant and mine, coal's decline has only accelerated in recent years."

That failure has not gone unnoticed by the workers who voted for Trump.

Reporting that the Kayenta coal mine in Arizona and the Navajo Generating Station have gone offline during Trump's tenure, Alvin Long, 61, who spent nearly three decades working at the mine, claimed the president didn't come through on his promises.

"We really thought we had a chance to keep it going, when we voted for Trump. But I don't care to listen to him anymore. All of his promises went down the drain," he remarked before adding that he has been voting for Republicans — including Trump — since the seventies, but no more.

According to Peter Shulman, a historian at Case Western Reserve University, the president never had a chance at being successful, and that he was just looking for votes in the short-term.

"Trump's pledges to coal miners were rhetorical appeals to hard-working, blue-collar Americans like when Nixon put on a hard hat after a meeting with labor union leaders back in 1970," he explained. "But there was no policy Trump could have implemented that would have changed this situation with coal."

According to Marie Justice, the former president of the United Mine Workers of America union local in Arizona, Trump betrayed them with false promises.

"We were lied to," she explained. "Every time we turned around they kept telling us coal miners they would save our jobs. That is what we heard from Trump. But the mines keep closing."

The Times report goes on to note that mine closings in Arizona, among other states, will come back to haunt the president in a tight election.

"Arizona is now an electoral battleground for Mr. Trump. But the economic trauma from coal's rapid collapse extends to Kentucky and other coal-mining states. After the shutdown of coal-fueled power producers like the Paradise Fossil Plant in western Kentucky, the Genesis Mine in Centertown, Ky., laid off its 250 workers in late February."