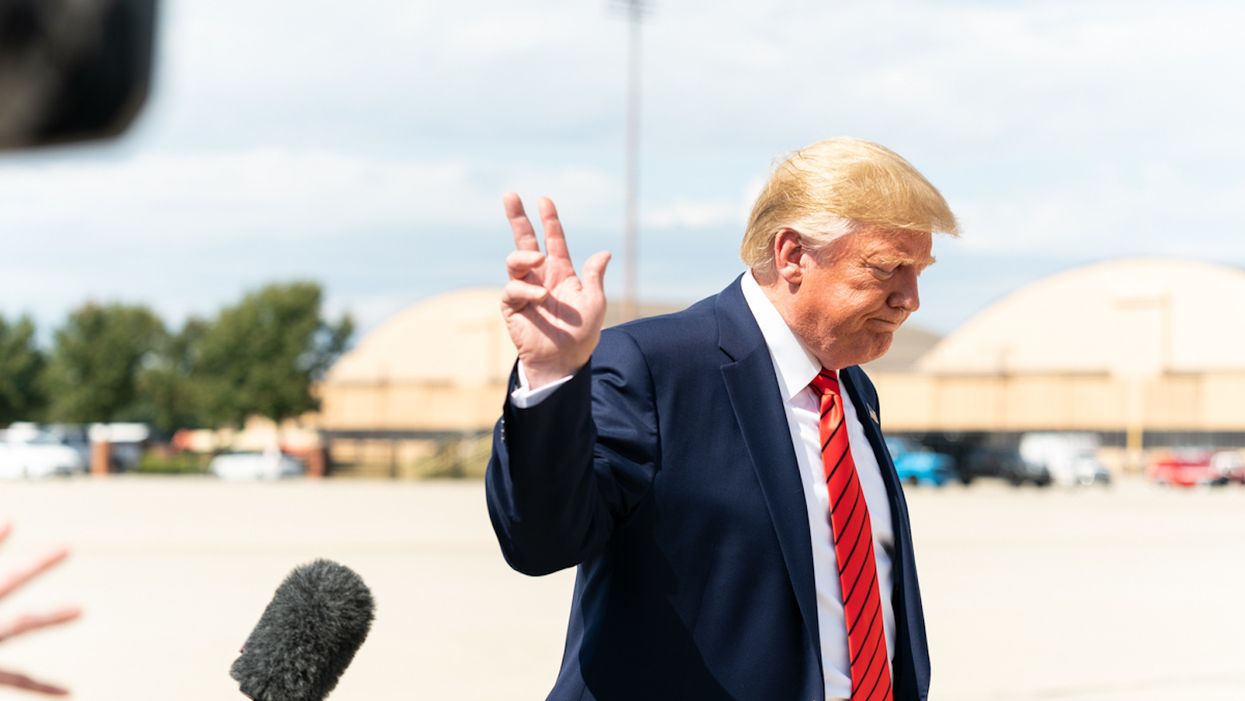 According to a report from Politico, Donald Trump's nearly broke re-election campaign is hoping to make up for its inability to pay for television advertising by depending on local news coverage of his rallies to get his message out.

With the report stating the president's struggling campaign has deployed a "cheaper strategy to try to remain on the airwaves, flooding TV and radio through local media bookings and back-to-back-to-back rallies," the president enters the final full week of campaigning hoping to turn around a re=election bid that has been stalled for weeks.

The report notes that Democratic presidential challenger Joe Biden has more than three times the amount of cash on hand in the final days of the campaign, forcing the president's campaign to scramble to stay in the public's eye via multiple rallies scheduled each day.

However, as Politico's Meredith McGraw wrote, the president isn't always getting the coverage he would like.

"The gambit has been challenged by a trail of negative headlines that have followed the president: articles about rallies that eschew pandemic guidelines, news of people sickened by coronavirus afterward, spats with local officials that dominate regional coverage before and after a visit," she explained before adding, "… the local coverage has led to some awkward moments, particularly when local reporters press the president or his surrogates on why the campaign continues to hold large, crowded rallies without mandatory mask wearing or any social distancing."

Case in point, Charles Benson of WTMJ-TV in Milwaukee pressed the president by asking, "Your own health experts say avoid crowds and a lack of compliance would lead to preventable death."

The campaign is also dealing blowback in the local press after the rallies when reports of COVID-19 outbreaks hit the news, drawing negative attention to the presidential visits.