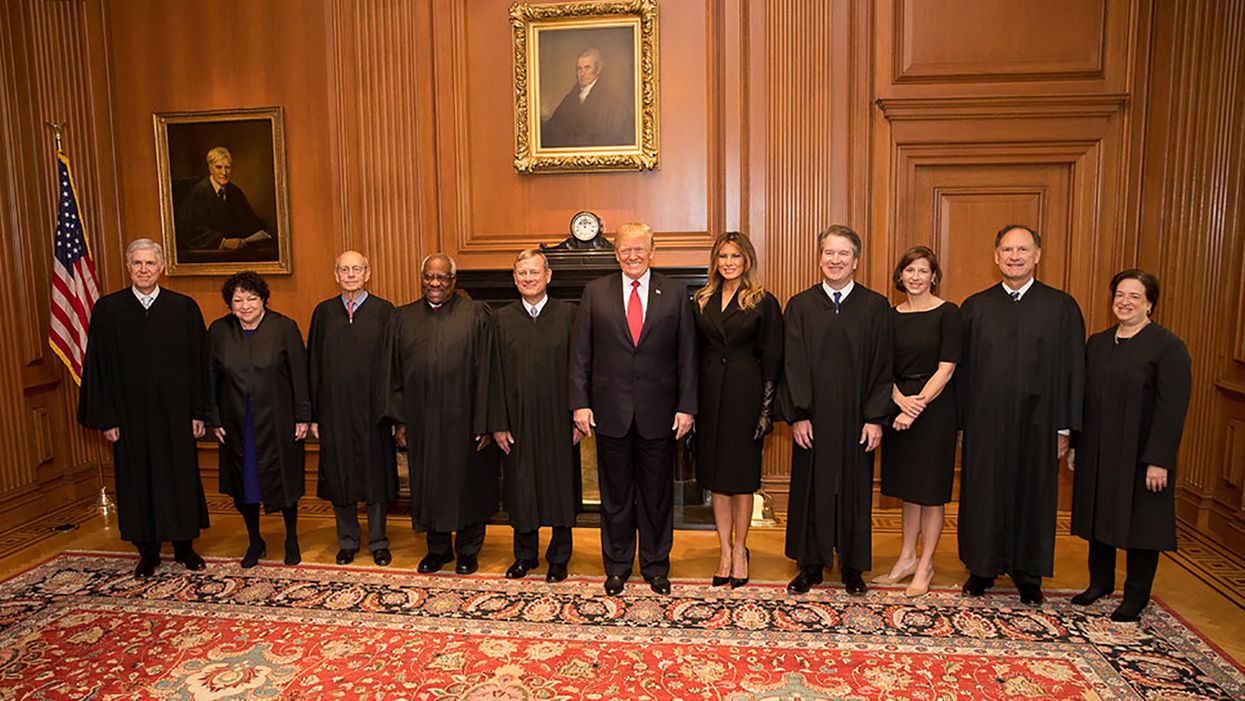 In a victory for President Donald Trump and a blow to civil rights, the U.S. Supreme Court ruled Tuesday that the administration can order the Census Bureau to halt this year's count of the nation's population prematurely.

Kristen Clarke, president and executive director of the Lawyers' Committee for Civil Rights Under Law, which represented the plaintiff's in the suit in question, National Urban League, et al. vs. Ross, said the court's majority order (pdf) was a "disappointing" decision that "will result in irreversible damage to the 2020 Census."

"We know the Bureau has indicated that it takes several days to terminate the enumeration process," said Clarke. "As we explore options, we will continue to push undercounted communities in states such as Louisiana and Mississippi to participate while the counting process remains open and active. This fight is about ensuring that our nation's hard-to-count populations, including Black people, communities of color, immigrants and other vulnerable populations were captured in the count."

Reversing decisions by lower courts that forced the administration to keep counting until October 31, the high court granted an emergency stay (pdf) requested by Trump's Department of Justice. There was no explanation for the decision, which required the assent of at least five of the court's eight justices.

Local governments and civil rights groups had filed suit against the administration, arguing that its effort to shorten the 2020 census was meant to exclude undocumented immigrants from being counted in the apportionment process that determines allocation of federal resources and how many seats in the House of Representatives each state is allotted.

While the order itself was unsigned, Justice Sonya Sotomayor issued a dissent warning the "harms caused by rushing this year's census count are irreparable" and that "respondents will suffer their lasting impact for at least the next 10 years."

In her lone dissent, Sotomayor argued that "even a fraction of a percent of the Nation's 140 million households amounts to hundreds of thousands of people left uncounted. And significantly, the percentage of nonresponses is likely much higher among marginalized populations and in hard-to-count areas, such as rural and tribal lands. When governments allocate resources using census data, those populations will disproportionately bear the burden of any inaccuracies."

"Every American deserves a voice in our democracy," said Karen Hobert Flynn, president of Common Cause, in the pro-democracy group's reaction to the order, which she called "a blow to our democracy."

As CNBC notes in its reporting, the battle over the timeline for this year's count is not the only census fight before the court:

A lower court has blocked the Trump administration's plans to exclude undocumented immigrants and the Supreme Court has not said whether it will review the matter. The justices are scheduled to discuss the case at their private conference on Friday.

Melissa Arbus Sherry, a partner at the law firm Latham & Watkins, which argued on behalf of the challengers in the case, said in a statement that the Supreme Court's order "does not erase the tremendous progress that has been made as a result of the district court's rulings."

"We've come a long way since the district court enjoined defendants from prematurely winding down census field operations on September 11," she said. "As a result, millions more Americans have been counted—a fact used by Defendants themselves as an argument for staying the preliminary injunction."

Clarke, of the Lawyer's Committee, offered a similar sentiment. "The silver lining is that millions of Americans have been counted who would have been excluded were the Bureau allowed to move forward with their earlier curtailment plans," Clarke said. "As we have fought the Trump administration in the courts, we have helped to secure more time on the clock to achieve a fair and accurate count."

Still, the order by the court—especially given its long-term political implications—was denounced far and wide by progressives:

Yet another example of why Trump & Republican senators are working hard to steal this Supreme Court seat: they want… https://t.co/y5tTLgNsyO
— Elizabeth Warren (@Elizabeth Warren)1602626546.0

Mark Joseph Stern, who covers the court for Slate, characterized the order as allowing Trump to "sabotage the Census in the eleventh hour."

Yes, the census is *mostly* complete. But it's absolutely unfinished. And by ending it prematurely, the Trump admin… https://t.co/17biKJo9oI
— Mark Joseph Stern (@Mark Joseph Stern)1602628038.0

"If even a few thousand people are undercounted, lawmakers will draw district lines that do not, in reality, give equal weight to every person's vote," explained Stern in his coverage. "Regions with more minority communities will be underrepresented in the legislature. As Sotomayor explained, that's why the Obama administration extended the 2010 census for an extra month after hitting a 99 percent response rate."

In his reaction to the Tuesday's order, Brian Fallon, executive director of Demand Justice, said the order should only strengthen the resolve of Democrats and other voters opposed to the pending confirmation of Trump's latest right-wing nominee, Amy Coney Barrett.

"The biggest warning shot to Democrats during these Senate confirmation hearings was not any revelation that came from their questioning of Amy Coney Barrett, but this order from the Roberts Court to shut down the Census," Fallon said in a statement. "The Roberts Court is actively supporting the Republican Party's bid to entrench its own power by rigging the democratic process, and it will only be further emboldened if Barrett joins the Court."

For Democrats, he added, it is time "to recognize what we are up against and stop approaching this battle over Amy Coney Barrett's nomination like just another confirmation process. If Republicans follow through with jamming Barrett onto the Court before the election, Democrats have no choice but to immediately pursue structural reform of the Court."