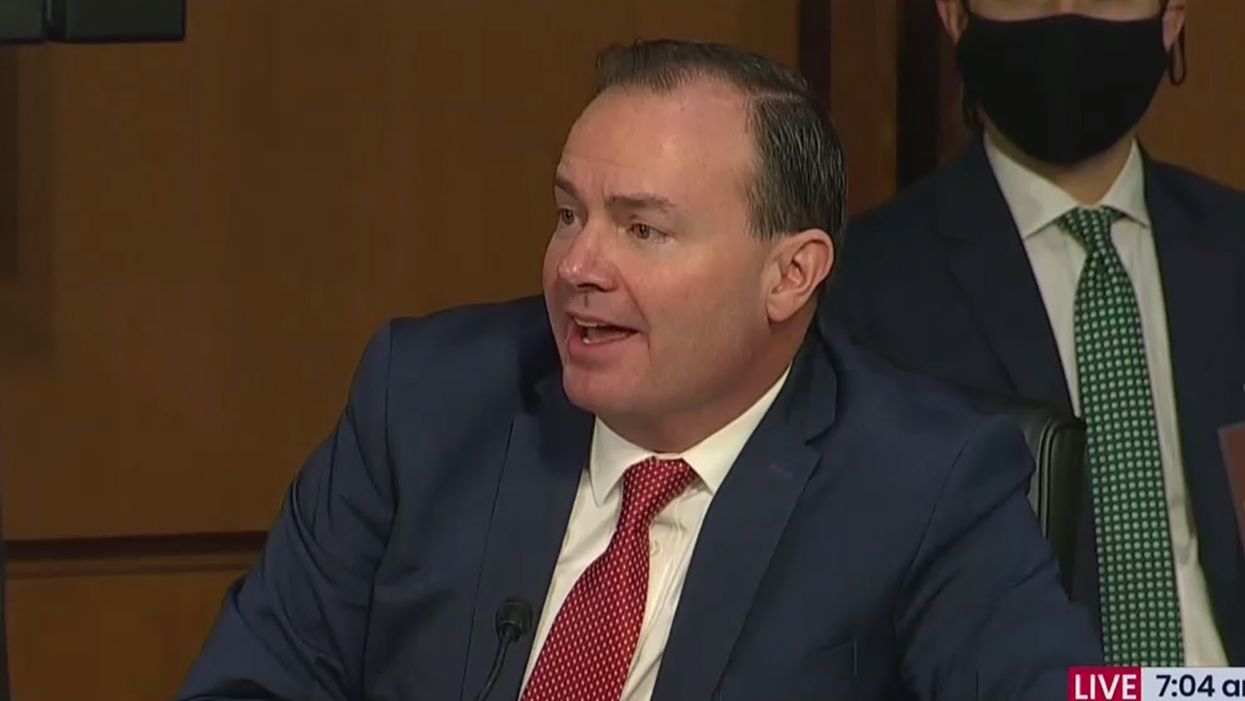 U.S. Senator Mike Lee (R-UT) announced he had been diagnosed with COVID-19 on October 2, yet he is back in the Senate, taking part in today's Judiciary Committee confirmation hearing for Amy Coney Barrett, helmed by Chairman Lindsey Graham.

Senator Lee, who last week while convalescing with coronavirus, is being blasted once again, this time for not observing basic COVID protocols while still infected with a deadly disease.

Last week Senator Lee, a hard core Tea Party far right conservative who subscribes to the made-up methodologies of constitutional interpretation known as textualism and originalism, sits on the Judiciary Committee, was widely criticized for his attacks on democracy itself.

His remarks were labeled fascism.

Monday morning, Senator Lee was back to push through Amy Coney Barrett's Supreme Court nomination, in the middle of a presidential election.And he wasn't even wearing a mask as he spoke to the Committee and the nominee.

Why is Senator Mike Lee, who tested Covid-positive, speaking without wearing a mask at this hearing with Judge Barr… https://t.co/hQMPCDsBbX
— Michael Beschloss (@Michael Beschloss)1602511872.0

He also had his mask pulled below his nose as his stood directly over 87-year old Iowa Republican Senator Chuck Grassley.

Chairman Graham last week was forced to pull out of a debate with his Democratic opponent because he refused to be tested for coronavirus, after attending the White House super-spreader event.

This proceeding today is a disgrace. It should not be happening. And Mike Lee’s mask-less presence and presentation… https://t.co/jyF4T9jnm9
— Sherrilyn Ifill (@Sherrilyn Ifill)1602511979.0