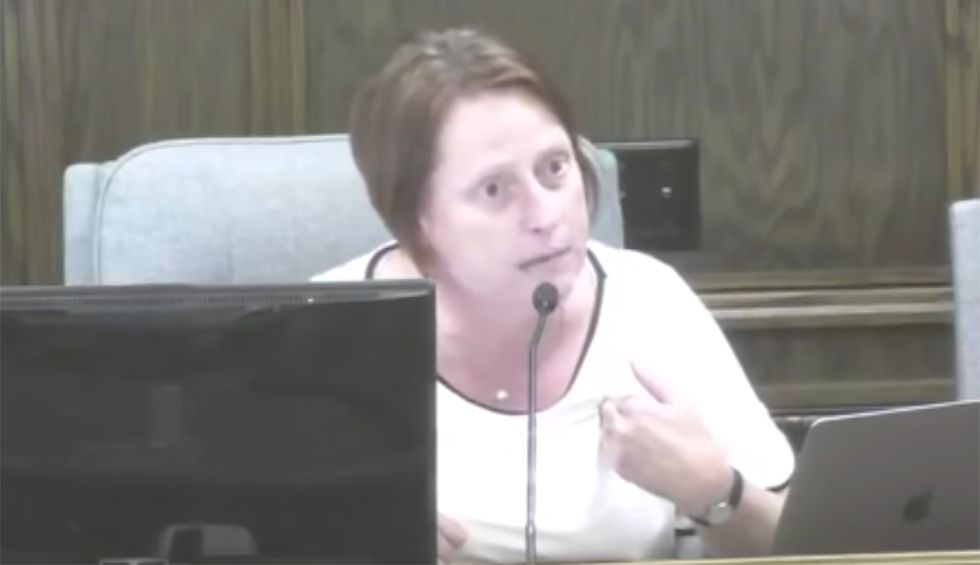 During the first week of September, Magic City Equality temporarily flew the rainbow flag of the lesbian, gay, bisexual, transgender, queer/questioning community beneath the U.S. flag in front of Minot City Hall, in North Dakota. The action was accompanied by Mayor Shaun Sipma signing a proclamation that June would henceforth be considered Pride Month in Minot. A very nice, symbolic gesture in a state whose Republican Party recently signed a resolution with this medieval-level anti-LGBTQ language: “LGBT practices are unhealthy and dangerous, sometimes endangering or shortening life and sometimes infecting society at large.”

And while the Republican Gov. Doug Burgum denounced his state party’s resolution, the sentiment is clearly still there. Remember, it has been only seven years since North Dakota legislators voted down laws that would protect LBGTQ folk from discrimination in the workplace and housing market. So, when the City of Minot decided to temporarily fly the rainbow flag in recognition of a community in their larger community, there was sure to be dissenters.

On Friday, the city council got to listen to a couple of hours of anti-LGBTQ sentiments from snowflake Dakotans worried that people seeing a rainbow flag and admitting that people with different lifestyles are people too might turn their home in Sodom and Gomorrah. At one point, an older gentleman, with the last name Walker, called out Councilwoman Carrie Evans for seeming to not be particularly interested in listening to the kvetching of a bunch of homophobes. Evans asked the mayor for her five minutes to speak and then gave Minot what it needed to hear.

Evans, for one, while openly lesbian, sort of came out publicly to begin her one minute shut down of the condescending Mr. Walker.

CARRIE EVANS: So Mr. Walker if you're not aware, and I think a lot of people in this room are not aware, and have come here just because this is a gay issue, I am proudly the first openly elected lesbian in North Dakota. So that is why I'm not paying any heed to your crap. I am—we the people—I'm the people, I live in Minot. I have [sic] a taxpayer. I am a person. I get to see myself represented on that flagpole. Just as much as the people who got the Juneteenth flag last month. As much as the POW MIAs will get later this month.

Every single person is entitled to see themselves represented. We are not some group of people who live in San Francisco or Seattle. We are here. We are your elected officials. We are your brothers. We are your sisters. And don't tell me you're not hatred and anger, that's all I feel. I've had to listen to it for days now, as has the mayor and many of my colleagues. It is unacceptable. This city is big enough for all of us. Me having a flag flying doesn't take away anything from your rights and freedoms.

But you know what it does for me? It shows me I live in a city that appreciates and embraces me and the people of my community and that I can live here and feel safe. That's what it does. I'm sorry it doesn't make you feel comfortable, but we're here, we're queer, and we're not going away!

Oh boy that feels good. The Minot Daily News reports that while many read scripture in defense of their bigoted stances against flying rainbow flags, there were other Christians like Council member Lisa Olson who supported the Council’s decision on Christian grounds, “As a Christian, that is not what I have been taught. So I don’t feel that I was represented well, this evening, and I just wanted to make that clear.”