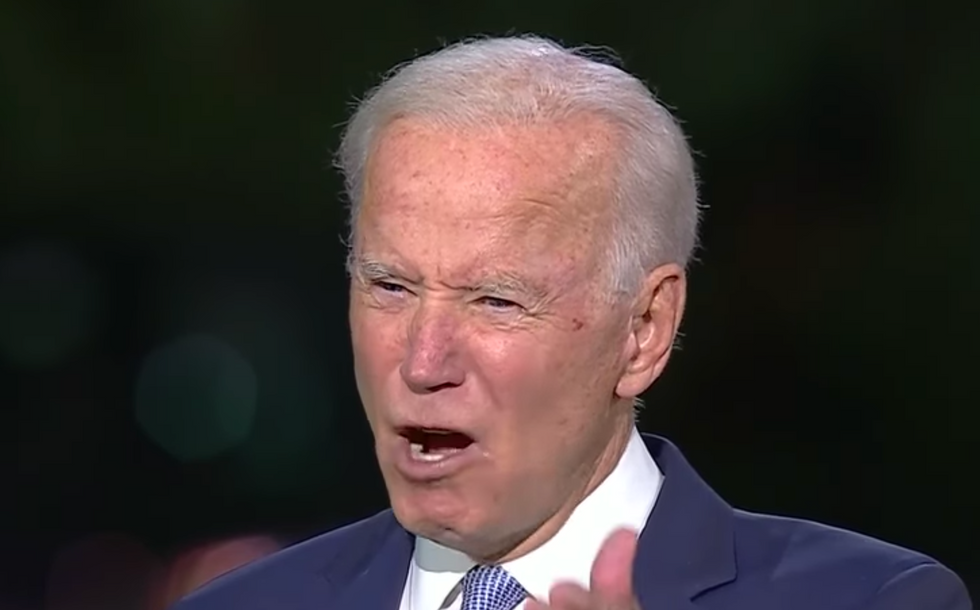 President Donald Trump has repeatedly described Joe Biden as “Sleepy Joe” in an effort to convince voters that the former vice president has suffered a mental decline and lacks the passion and energy needed to be president. But Biden, in fact, showed plenty of passion during a CNN town hall event this week when a voter brought up the high cost of healthcare — and Biden became downright angry because of Trump’s efforts to end the Affordable Care Act during a global pandemic and his description of military veterans as “losers” and “suckers” (according to reporting by journalist Jeffrey Goldberg in The Atlantic).

Voter Kristen Shemanski, a Democrat, described her mother’s expensive cancer treatment and asked Biden what plans he had to make sure that Americans would not have to “drain their savings” in order to receive healthcare during a major illness.

Biden responded, “First of all, in the middle of this pandemic, what’s the president doing? He’s in federal court — federal court — trying to do away with the Affordable Care Act. 100 million people with preexisting conditions like your mom…. guess what happens if he wins?”

The former vice president added that as president, he would strengthen the ACA and would also introduce a public option “so that nobody in the United States of America would go without being able to be covered for what they need…. My son, [Beau Biden] died of cancer.”

That was when Biden briefly segued into a discussion of his son’s military service, and one could hear the anger in his voice.

“He came home from Iraq,” Biden explained. “And I have to tell you: it really, really offended me when he volunteered to go there for a year and came home with stage-4 (cancer) — and the president referred to guys like my son…. as losers. Losers! Talk about losers!”

Then, Biden returned to discussing his health care plans, saying, “My point is this: the idea that health care is debated as whether it’s a right of a privilege — it’s an absolute right. And so, we have to make sure — particularly in the moment of COVID — that any costs related to COVID are, in fact, free…. One of the reasons why people aren’t going in and getting tested is they’re afraid of the bill they’re going to receive.”