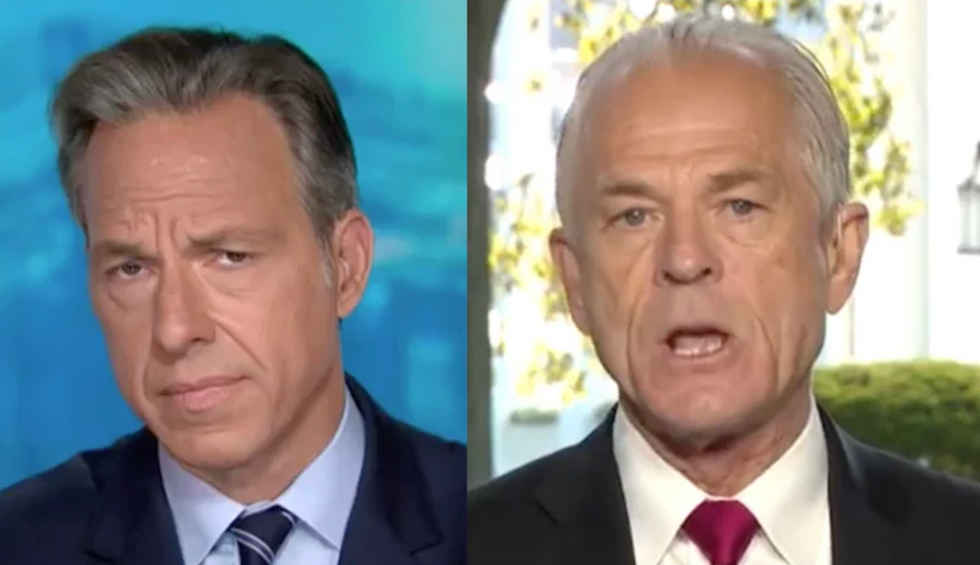 On Sunday morning “State of the Union” host Jake Tapper cut short an interview with White House trade advisor Peter Navarro after the Donald Trump appointee insulted CNN’s coverage of the COVID-19 health crisis and refused to answer questions about why the president lied to the public about it.

Over a combative nine minutes, the CNN host repeatedly asked Navarro about the taped comments the president made about the coronavirus pandemic in an interview with Bob Woodward and how they conflicted with his public statements.

With Navarro continually calling citing the president’s comments “cherry-picking” and refusing to address direct questions, Tapper finally called an end to the interview and then fact-checked the White House adviser after he was taken off the screen.

“He knew it was deadlier than the flu and he was lying to the American public two weeks later,” Tapper accused.

“I’m not cherry-picking. He was not honest with the American people. you’re not answering the question,” the CNN host pressed.

“I said you’re not answering the question. Thank you, Peter Navarro. We just played tape and you didn’t answer the question,” Tapper said over the Trump adviser’s protestations.