Trump's weakness has been laid bare 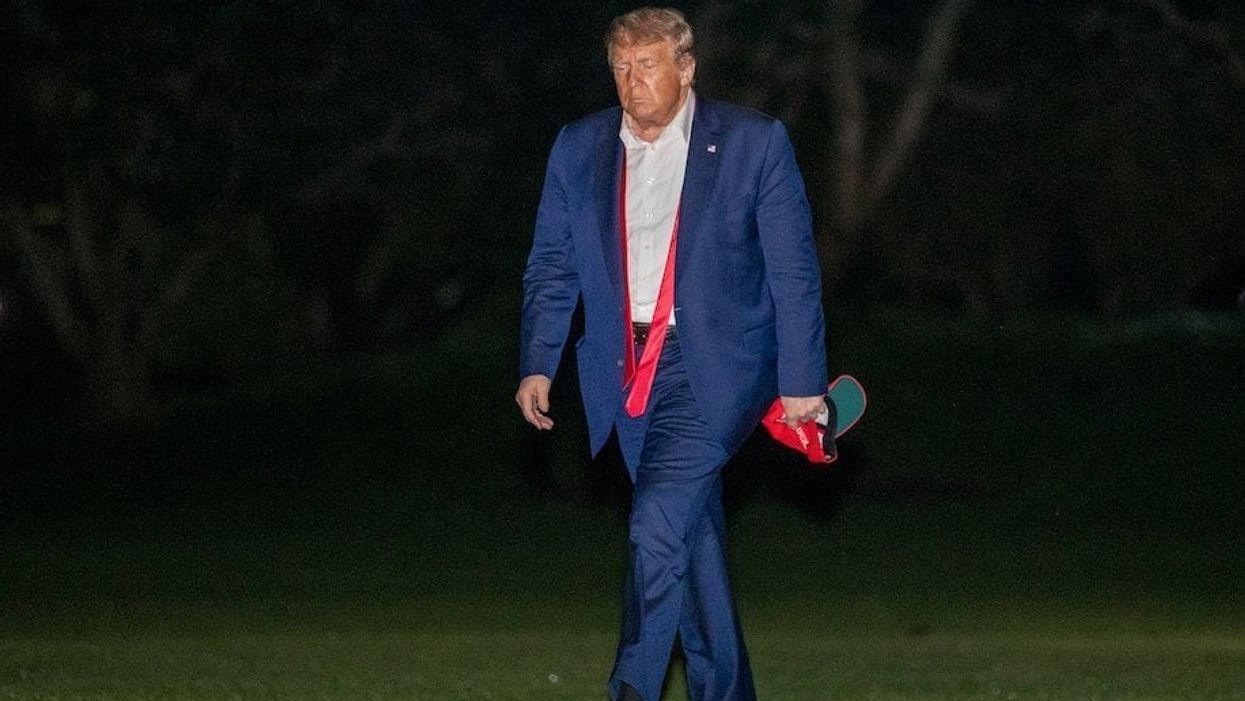 We're familiar with the explanations. Why did under half the electorate take a chance of a lying, thieving, philandering sadist like Donald Trump? Most respectable white people dutifully cite economics. Inequality is wide. Wages are stagnant. The white working class got hammered by globalization. Others, like me, cite racism. America's birther-in-chief minced Republican rivals with a rhetoric of unrepentant white-power demagoguery. While both lines of reasoning are compelling, I've always felt something fundamental was in plain sight but missing from our larger, collective understanding.

Cast your mind back to those moments after Barack Obama won his historic election but before the US Congress bailed out the biggest of the Too-Big-To-Fail banks. Wall Street had manufactured more wealth than God has seen by lending and lending and lending some more, got in life-threatening trouble as a result, then held the country hostage, in effect, saying, "Bail us out or the economy gets it." Then the banks got even bigger and bankers got even richer, handing themselves bonuses while normal people struggled to hold on to their jobs, their homes and their basic human dignity. Recall that before the "Tea Party" emerged as a nascent fascist movement, many of us, even pundits on the left, thought, "Yeah, these people are pissed for a very good reason."

Between 2009 and 2011, Obama signed into law society-changing legislation that came very close to reaching the heights of the New Deal and Great Society. Even admirers like me, however, must concede Obama's major mistake. His administration did not investigate and prosecute the super-white percent that hijacked America and held it for ransom. It is a plain fact no one was brought to justice for the panic of 2007-2008 that sparked a decade-long recession from which some people never recovered. From that we can suppose reasonably that lots of Americans just gave up. They lost faith in public morality. What was the point of working hard, playing by the rules, and striving for a better future when no one in power is held accountable? By the time of Hillary Clinton, who was (wrongly) perceived as a symbol of an establishment gone rotten, Trump, the flawed independent "billionaire," looked like a chance worth taking.

I'm not blaming Obama or Clinton for 62,984,828 Americans being partial or impartial to the president's lying, thieving, philandering sadism. These voters made their choice and should be held accountable. (I am also, for the time being, presuming good faith when I have in the past presumed none from these voters.) It is, however, important to understand voter behavior is contingent. It springs from a particular time and place. The present, moreover, is a product of the past. Clinton ran for president during a time when powerful political elites such as herself—and, importantly, her husband—were seen as complicit or willfully blind to profound nihilism and systemic corruption. If nothing really matters, why not vote for a combed-over schlub with a God-complex?

The schlub was the true fraud, of course. Anyone paying close attention knew this. Most, however, couldn't hear about his life of criminality through the din of "but her emails!" To the extent Trump's supporters understood clearly his bone marrow-deep corruption, it was probably to his political benefit, as the "billionaire" seemed like the glamorous playboy who figured out "the system" and beat it. Since white supremacy was Trump's primary mode of political communication, he seemed to be saying he would be a champion who'd make white people winners again ("Make America Great Again!") after eight years of losing (after a Black man's tenure as president, that is). Corruption didn't seem so bad as long as Donald Trump seemed successfully corrupt.

This is why reporting Sunday and Monday by the Times is devastating. Not the part about his being tax cheat. That's not going to affect supporters who have traded public morality—working hard, playing by the rules, and striving for a better future—for the promise of winning if they stick with Trump. What's going to affect them most is the fact that Donald Trump is a terrible, horrible, no good, very bad businessman, that his properties are bleeding red ink, that he owes more money than he can possibly pay back, and that his personal finances are a house of cards. In this sense (the sense of being in indebted), Trump is quite normal. His supporters, however, don't want normal. They want the Übermensch they had been promised, the one they are still waiting for in many respects. If he's normal, what's the point of sticking with him?

To be sure, the president's allies in the US Congress and on Fox are busy attacking the Times for its reporting. They are going to do everything they can to prevent GOP voters from knowing the truth about the president. But the truth works in subtle ways, as does doubt. Loyalty to Trump depends on perceptions of super-strength. As he once said, "I could stand in the middle of 5th Avenue and shoot somebody and I wouldn't lose voters." That assumed he'd be shooting bullets. There's a good reason why he's worked hard to hide his tax returns, though. Truth is, he'd be shooting blanks.