Trump’s ‘cash crunch’: Where exactly did the president’s $800 million go? 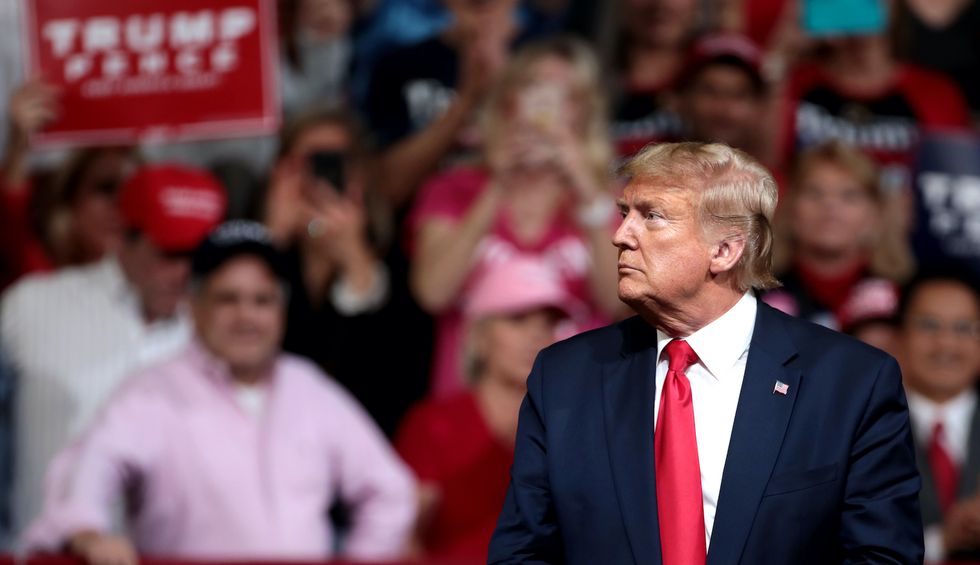 President Donald Trump’s re-election effort is burning through cash and may face a crisis during the final two months of the 2020 presidential campaign, according to a new analysis by The New York Times.

“Money was supposed to have been one of the great advantages of incumbency for President Trump, much as it was for President Barack Obama in 2012 and George W. Bush in 2004. After getting outspent in 2016, Mr. Trump filed for re-election on the day of his inauguration — earlier than any other modern president — betting that the head start would deliver him a decisive financial advantage this year,” the newspaper reported. “It seemed to have worked. His rival, Joseph R. Biden Jr., was relatively broke when he emerged as the presumptive Democratic nominee this spring, and Mr. Trump and the Republican National Committee had a nearly $200 million cash advantage.”

“Five months later, Mr. Trump’s financial supremacy has evaporated. Of the $1.1 billon his campaign and the party raised from the beginning of 2019 through July, more than $800 million has already been spent. Now some people inside the campaign are forecasting what was once unthinkable: a cash crunch with less than 60 days until the election, according to Republican officials briefed on the matter,” The Times reported.

“Brad Parscale, the former campaign manager, liked to call Mr. Trump’s re-election war machine an ‘unstoppable juggernaut.’ But interviews with more than a dozen current and former campaign aides and Trump allies, and a review of thousands of items in federal campaign filings, show that the president’s campaign and the R.N.C. developed some profligate habits as they burned through hundreds of millions of dollars. Since Bill Stepien replaced Mr. Parscale in July, the campaign has imposed a series of belt-tightening measures that have reshaped initiatives, including hiring practices, travel and the advertising budget.”

The newspaper noted some of the ways the campaign was blown money.

“Among the splashiest and perhaps most questionable purchase was for Super Bowl ads that cost $11 million — more than the campaign has spent on TV in some top battleground states — a vanity splurge that allowed Mr. Trump to match the billionaire Michael R. Bloomberg’s buy for the big game,” they reported. “There was also a cascade of smaller choices that added up: The campaign hired a coterie of highly paid consultants (Mr. Trump’s former bodyguard and White House aide has been paid more than $500,000 by the R.N.C. since late 2017); spent $156,000 for planes to pull aerial banners in recent months; and paid nearly $110,000 to Yondr, a company that makes magnetic pouches used to store cellphones during fund-raisers so that donors could not secretly record Mr. Trump and leak his remarks.”

3. Among the major questions on spending was roughly $100 million on television this year before the conventions https://t.co/TgAwsBaJRT
— Maggie Haberman (@Maggie Haberman) 1599514322.0

10. Worth catching is the amount of money that Trump and related committees have spent on prospecting, roughly a th… https://t.co/N70DPasyCo
— Maggie Haberman (@Maggie Haberman) 1599514799.0